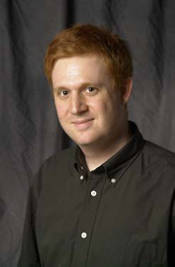 David Tytell joined the Sky & Telescope team in January 2000. Around the office, Dave is usually found editing and writing features or researching a breaking news story. His background is firmly planted in astronomy and science writing with degrees from Caltech and Boston University. Dave has observed at some of the leading telescopes in the world including the Palomar, Lick and Keck observatories.

An amateur astronomer since he was 12 years old, Dave owns two telescopes, a 13-inch Dobsonian and a 4½-inch reflector. He has hosted dozens of star parties and has been sharing the wonders of the night sky with others for more than a decade.