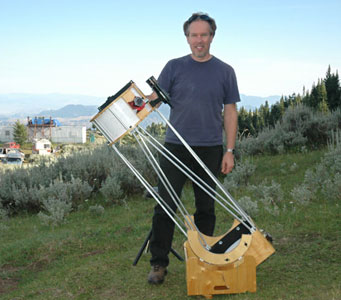 An experienced observer and telescope maker, Gary Seronik began writing for Sky & Telescope in 1996 and joined the staff full-time as an associate editor in 1998. He is currently a contributing editor. Astronomy has been a life-long passion for Gary — he began subscribing to S&T in 1973 when he was only 12 years old!

Gary enjoys a wide range of observing pursuits from studying intricate details on the surface of the Moon to seeking out faint fuzzies at the limits of perception. One of his favorite activities is binocular observing — as regular readers of S&T know from his popular monthly Binocular Highlight column. (A compilation of has articles, Binocular Highlights: 99 Celestial Sights for Binocular Users has recently been published.)

But when it comes to his absolute favorite telescope target, Gary will quickly tell you that for him, nothing beats the Moon — though Jupiter comes in a close second. His lunar observing and imaging skills are put to good use at S&T. Gary served as editor for the new edition of Antonín Rükl's classic Atlas of the Moon (currently out of print) and for Charles A. Wood's highly regarded book, The Modern Moon. But of all the Moon products he has helped bring to fruition, Gary is proudest of the recently published Field Map of the Moon, which he regards as the ideal telescopic companion for dedicated lunatics like himself. (There's also a mirror-reversed version for observers with refractors and catadioptric telescopes.)

Over the years Gary has ground mirrors for numerous homebuilt telescopes, several of which have appeared in the pages of the magazine. Many readers will remember articles describing his 6-inch f/9 planetary Newtonian and his 8-inch f/4 travelscope. His current favorite instrument is a 12.75-inch Dobsonian travelscope, which has already flown with him to a number of far-flung locations, including Costa Rica. His knowledge of optics and equipment serve him well as the author of the magazine’s Telescope Workshop column and as a frequent contributor to S&T Test Report.

Gary continues to enjoy exploring the night sky and making telescopes from his home near Penticton, British Columbia. His web address is www.GarySeronik.com.

My dob's secondary appears to be so badly positioned as to be outside adjustment range. Not correctable!

Using an alignment cap I can easily center the reflection of the primary within the secondary, using my Bob's Knobs on the back of the secondary. Concentric circles, as described in "A Beginner's Guide to Collimation".

Alternatively, I can use my Barlowed laser collimator to center the shadow of the alignment doughnut on the exit hole on the face of the laser.

CAN YOU HELP? ADVISE? 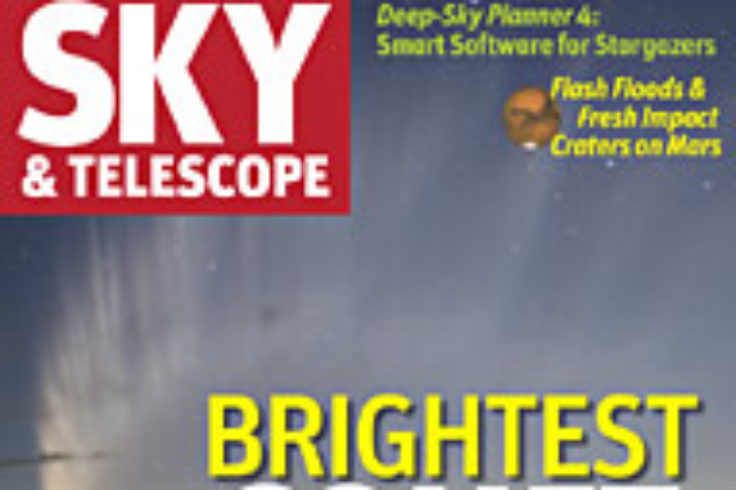 Put Your Passion Into Practice with Sky & Telescope