As mentioned in our review of the Celestron’s 14-inch EdgeHD telescope (February 2011 issue, page 52), we’re posting the images that accompanied the review in the magazine as well as a few others that didn’t make it into print for lack of space. 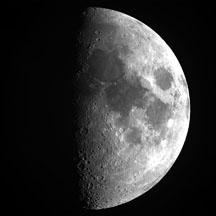 Click on one of the links below or one of the thumbnails at right to download the corresponding image. Sorry, there wasn't quite enough space in this article to post all the thumbnails; it's the list below the contains the complete set: 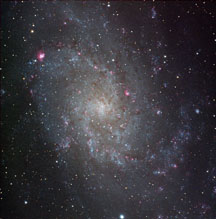 The files here are reduced to roughly 50% of the original resolution to make them easier to download. (Deep-sky exposures were made with the 16-megapixel KAF-16803 chip in the CCD camera binned 2x2, yielding 18-micron pixels and an image scale of 0.95 arcsecond/pixel.)

My test setup (pictured in the review) used a small, homemade guide scope attached to the Celestron’s dovetail mounting bar. This is far from an ideal arrangement, given the telescope’s nearly 4-meter focal length, which greatly magnifies the inevitable flexure that exists between it and a separate guidescope. It would be much better to use off-axis guiding with any long-focus astrophotography system, but the “temporary” setups used to review equipment often dictate compromises. Because of the separate guidescope, all my deep-sky 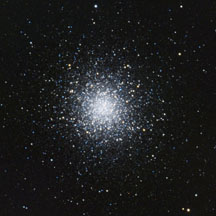 imaging, with the exception of the M13 shot, was done with 5-minute subexposures. The M13 image was assembled from 2-minute subexposures to prevent burning out the stars at the cluster’s core. The total exposures for M13 were 10 minutes through red, green, and blue filters. 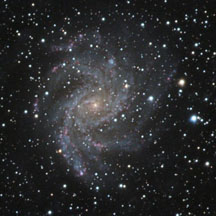 The review talks about the scope’s unexpected focus stability as the OTA cooled during the night. While the focus shift I mentioned in the text (about 0.01 millimeter for each degree C of temperature drop) is accurate, it might be easier to visualize what this means by comparing the views here of the Veil Nebula (the NGC 6992 component of the Veil) and M33. Both were shot on the same night when the temperature dropped about 19 degrees F (more than 10 degrees C) during the observing session. The scope was focused at the start of the Veil exposures when the ambient temperature was 58 degree F and left untouched for the rest of the night. There is remarkably little difference in the star images from the start to the end of the night -- a typical Schmidt-Cassegrain with a metal tube would have shown a dramatic change in the 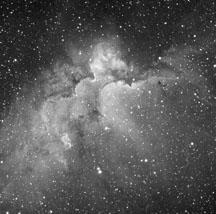 images as the scope drifted out of focus because of the temperature change.

Close inspection of the stars in some of these images will reveal a slight flaring. This is not due to the telescope optics, but rather to the unusually high temperature that I was using with my home-brew dew heater. Fall is a difficult time for dewing here in the Northeast, and I lost virtually all of my image data on one night when the telescope’s corrector plate dewed up while I was running the heater at its “normal” setting. Given our publishing deadlines and New England’s fickle weather, I couldn’t afford to lose another night, so I simply cranked up the heater. 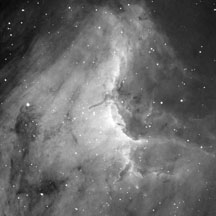 While my own interests lean toward wide-field imaging at very narrow hydrogen-alpha wavelengths (something that I can still do very effectively in my light-polluted suburban skies), it was a fun diversion to work with the long focus 14-inch EdgeHD. That combined with youthful memories of the C14 being a “dream” telescope, made it unusually sad to pack up the telescope and return it after the review was completed.