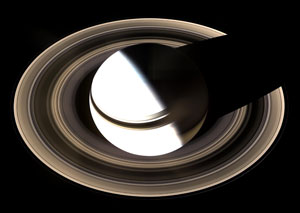 The Top Tourist Sights of the Solar System: Where Bill Gates’ Great-Granddaughter Will Go on Her Honeymoon

Using spectacular images from space probes and the world’s largest telescopes, we will explore the most intriguing future “tourist destinations” among the planets and moons in our cosmic neighborhood. Our stops will include be the 4,000-mile lava channel on Venus, the towering Mount Olympus volcano on Mars (three times the height of Mount Everest), the awesome Verona Cliffs on the moon Miranda (which are the tallest “lover’s leap” in the solar system), and the recently discovered steam geysers on Saturn’s intriguing moon Enceladus.

Andrew Fraknoi is the Chair of the Astronomy Department at Foothill College, where he teaches courses on astronomy and physics for poets to about 900 students each year. He was named California Professor of the Year in 2007 and has received several other awards for his work in explaining space science. Fraknoi’s children’s book, Disney’s Wonderful World of Space, came out in a paperbound edition in 2009. He appears regularly on local and national radio explaining astronomical developments in everyday language and is on the Board of Trustees of the nonprofit SETI Institute, devoted to the search for life elsewhere in the universe. Asteroid 4859 has been named Asteroid Fraknoi by the International Astronomical Union in recognition of his work in science education and outreach.