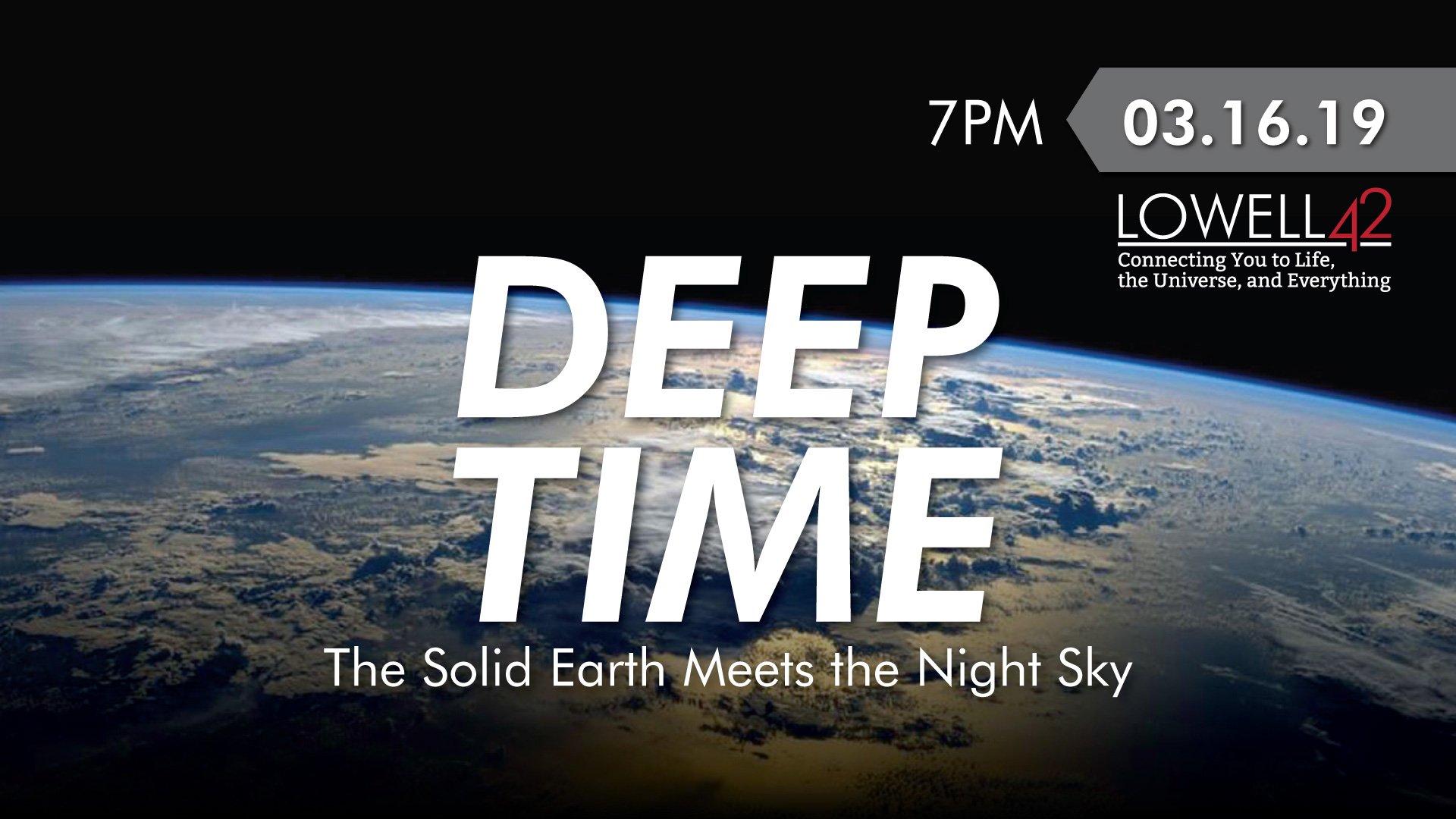 “The mind seemed to grow giddy by looking so far into the abyss of time.” – John Playfair, 1805. The notion of “deep time,” that the earth is impossible (but not infinitely) old, is the single greatest idea the study of geology has contributed to human knowledge. Tonight we’ll explore the connection between geological and astronomical calculations of deep time, and the critical role played by Lowell Observatory in determining the age of the universe.
After a varied career in geology (including two years at the Smithsonian, and two in Australia), Kent retired from his last full-time gig as Chair of Earth Science at Cerritos Community College in Southern California in 2005 and moved to Flagstaff. He currently works as one of the educators for the Museum of Northern Arizona’s Ventures program and is an avid supporter of Lowell Observatory.