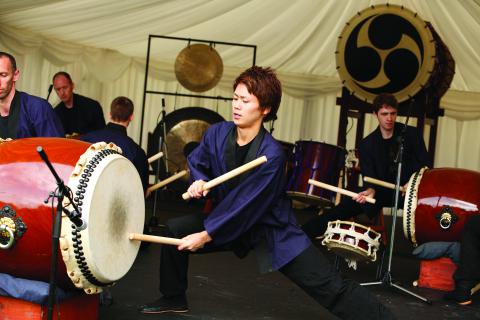 Mid-Kent Astronomical Society will have a stand at the Will Adams Festival Saturday, 8 September 2018 in Gillingham Park, ME7 5LJ. 11am to 4.30pm. Our stand will feature astronomy and Science related displays and weather permitting a solar telescope or two to safely observe the Sun close up. We can be found in our own Gazebo and we will hope to see you there. Celebrate the legacy of Will Adams The festival celebrates the life of Will Adams, who grew up in Gillingham during the Tudor period before becoming an experienced sailor in the Royal Navy. After retiring from the navy, Adams navigated a fleet of five Dutch ships from West Africa; during this hazardous voyage his ship ran aground on the island of Kyushu in Japan, where he was captured, questioned and imprisoned as a pirate. After being released he was ordered to sail to Tokyo. The Shogun was impressed with his knowledge of shipbuilding and navigation and Adams became a trusted aide and diplomatic adviser. As a reward, he was granted the honoured title of Samurai and given a small estate in Hemi, which is now known as Yokosuka. At the festival you will experience Tudor England and maritime history, as well as Japanese culture in the 17th and the 21st century. There's lots to see and do, including Taiko Meantime Drumming, martial arts, living history and storytelling. This event is free entry. Dogs are welcome but must be kept on leads. Gillingham Park is easy to access by public transport – 101, Jeffrey St (5 minute walk to park) 182, Gillingham High St (15 minute walk to park) 116, Canterbury St (1 minute walk to park) 132, Jezreels (3 minute walk to park). Please note these are all estimated times. There is limited adjacent street parking.