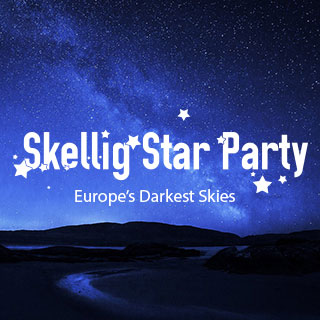 In May of 2014 a group of like minded Amateur Astronomers from Clubs around the country got together to hold the first Irish Open Star Party. The obvious choice of location was Europe's only Gold Tier Dark Sky Reserve, right here, in the South West of Ireland. From that simple idea grew the Skellig Star Party, and moving on from it's 2014 success we have decided to make it an Annual event.

There will be plenty for all to do over the weekend as talks/workshops will take place on the Saturday afternoon followed by a table-quiz, as well as a BBQ on the Friday evening, Saturday morning/evening in aid of Bernardo's.