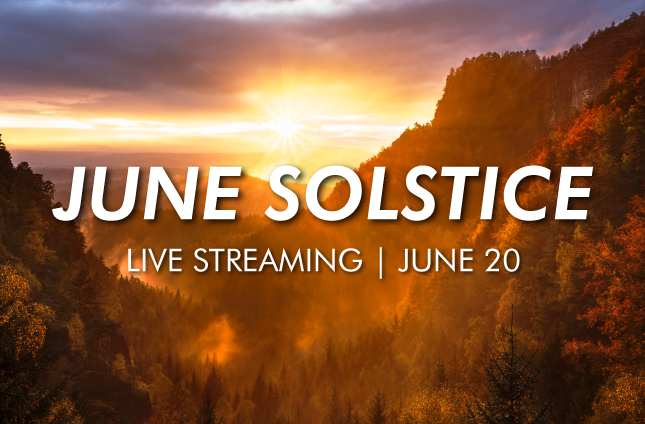 June Solstice 2020 | Summer Solstice at Lowell Observatory
Celebrate the 2020 June Solstice from the comfort of your home beginning at 2:30pm MST/PDT (5:30pm EDT) on June 20, when Lowell Observatory live-streams from the Giovale Open Deck Observatory (https://lowell.edu/godo). The June solstice in 2020 occurs on Saturday, June 20 at 2:43 pm MST/PDT (9:43 pm GMT), when the northern portion of Earth’s axis is pointed exactly toward the Sun. On the June solstice, the sun rises and sets at its furthest points north in the Northern Hemisphere, where the solstice marks the longest days of summer. In the Southern Hemisphere, the June solstice marks the shortest days of winter, as the southern portion of Earth’s axis is pointed exactly away from the Sun.