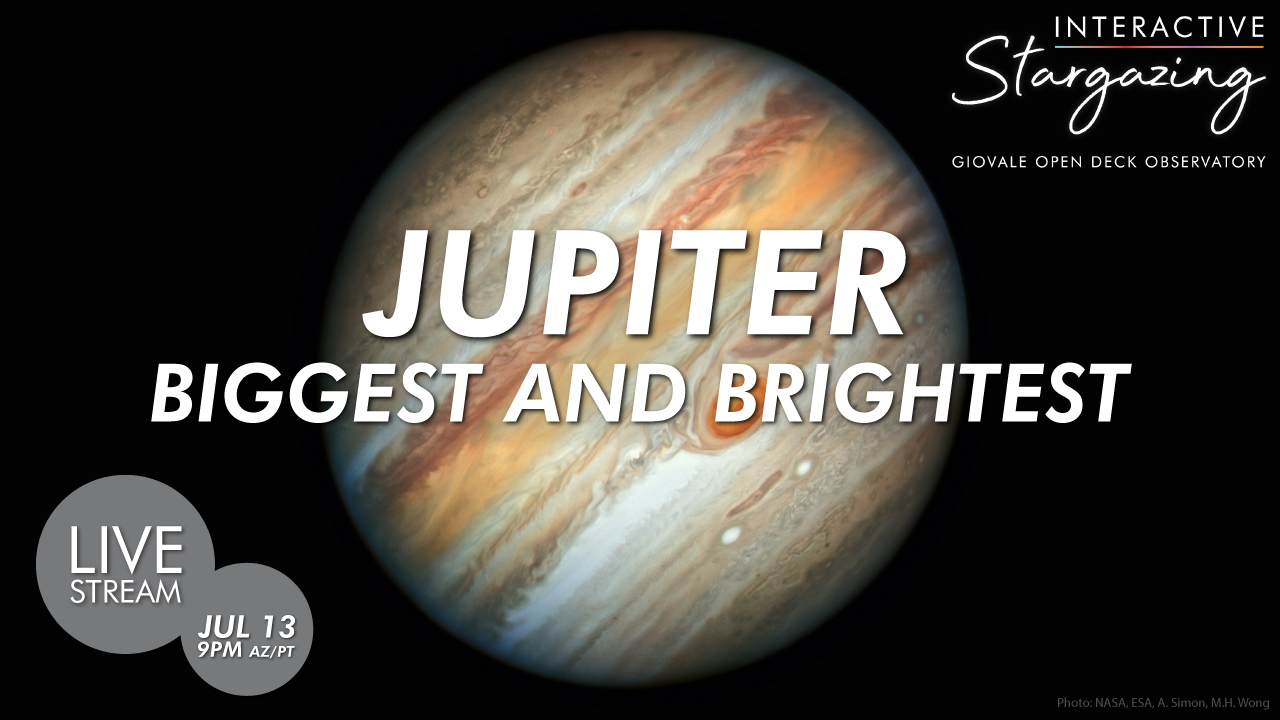 See Jupiter at opposition, when it is at its biggest and brightest of the year. Join Lowell Observatory educators at the Giovale Open Deck Observatory at 9pm AZ/PT on Monday, July 13, 2020, for a live stream of Jupiter at its biggest and brightest. We’ll also show views of much fainter Pluto, which has its own opposition at 7:17pm PDT on July 15. Between views of Jupiter and Pluto, we’ll conduct an Interactive Stargazing session, showcasing some celestial objects and then letting viewers choose which objects to see via YouTube’s chat function.

The moment of Jupiter’s opposition is at 1am on the morning of July 14. At opposition, the Earth lies between Jupiter and the Sun, and so they appear opposite each other in our sky. On this day, Jupiter rises when the Sun sets. It is also the time when the Earth is closest to Jupiter in our orbit, making Jupiter appear somewhat bigger and brighter in the sky.