Turn Left At Orion: After 30 Years of Turning, Are We There Yet? 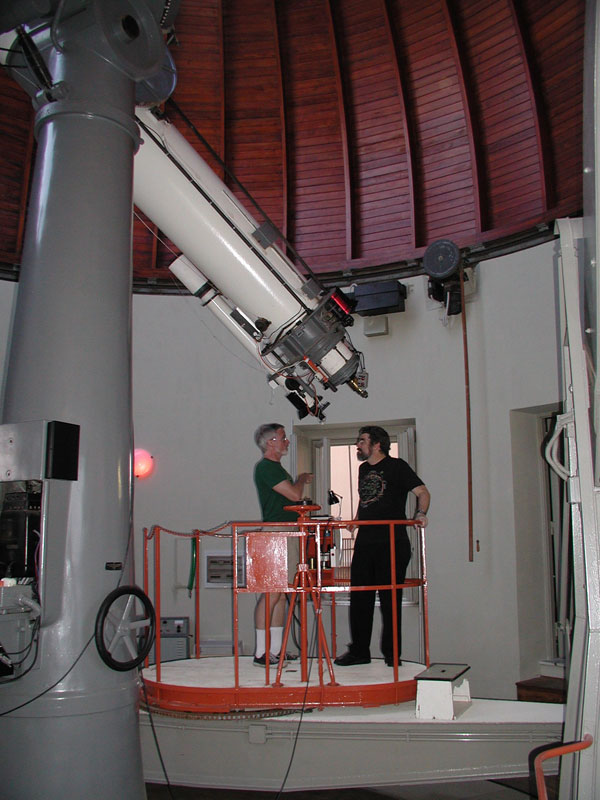 With over 100,000 copies sold since first publication, /Turn Left at Orion/(co-authored by Br. Guy Consolmagno and Prof. Dan Davis) is a unique guidebook to the night sky and the use of small telescopes. This classic, widely considered the “bible” of amateur astronomers, provides all the info to plan observing sessions and quickly locate celestial objects. According to the authors, the adventures of getting the book written and published were almost as much fun as all the observing done for the book! Br. Guy and Dan will tell stories of the steps, and missteps, that have gone into various editions of their book and give the audience a sneak preview of things to come.

Br. Guy Consolmagno SJ is the Director of the Vatican Observatory, located in the papal summer gardens outside Rome with a modern telescope in Arizona. After post-doc research and teaching at Harvard and MIT, Br. Guy was in the Peace Corps in Kenya teaching astronomy/physics. He joined the Jesuits in 1989, in 1993 became a Vatican Observatory astronomer and curator of its meteorite collection (the largest in the world). He has written 5 other books, including /God's Mechanics: How Scientists and Engineers Make Sense of the Universe/.

Prof. Dan Davis is Chair of the Dept. of Geosciences at Stony Brook University. While his main areas of research are in the tectonics of plate collisions and geophysical imaging of glacial and coastal deposits, he has had a life long interest in astronomy that nearly led him to choose it as his field when working as an undergrad in the Astrophysics Dept. at Princeton University.