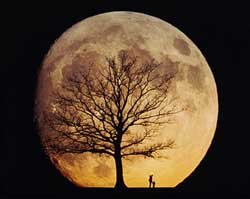 Full Moons — are they every really "blue?" This image is available as a Spotlight Print from Sky Publishing.

The Moon becomes full on May 31, 2007, at 9:04 p.m. Eastern Daylight Time. In the time zones of the Americas this is the second full Moon of May — the first was on May 2nd — and everyone’s already talking about the coming one as the blue Moon.

Many words have more than one meaning. But how does a word get a second meaning, and a third? Often it's because somebody, somewhere, used it incorrectly, and the new meaning stuck. This, in fact, is what happened with the term blue Moon.

It's now eight years since Sky & Telescope magazine admitted to its “blue Moon blooper,” an error that crept onto its pages 53 years earlier. Canadian folklorist Philip Hiscock and Texas astronomer Donald W. Olson helped us figure out how the 1946 mistake was made, and how the erroneous meaning of blue Moon (as the second full Moon in a month) eventually spread around the world. Before 1946, a blue Moon always meant something else.

Our 1946 writer made an incorrect assumption about how the term had been used in the Maine Farmers’ Almanac, where it actually referred to the third full Moon in a three-month season containing four. The seasons begin and end with the solstices and equinoxes, not calendar months. The origin of this earlier definition remains obscure.

But there’s no turning back now. The blue Moon as second full Moon in a month is the primary meaning given in, for example, the American Heritage Dictionary.

The next month with two full Moons (for both North America and Europe) is December 2009, and the next after that is August 2012. 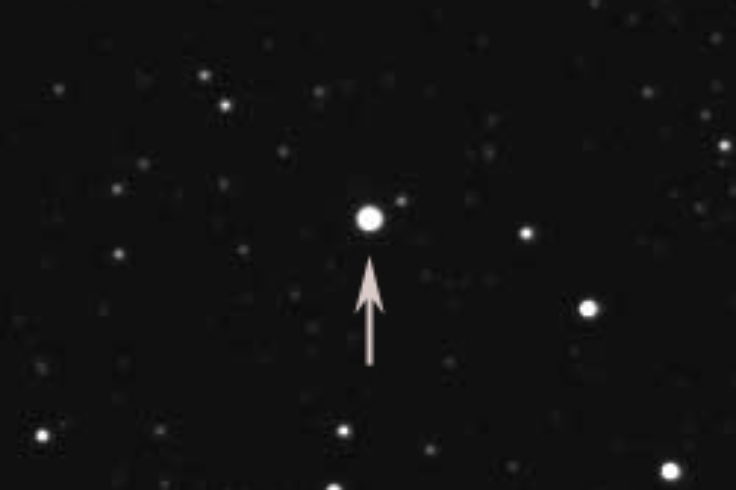