Saturn arrives at opposition on June 27th, very close to the time of full Moon.

On the night of June 27–28, the Moon and Saturn will only be about 1° apart. It’s a pleasant scene, but to get the best binocular or telescopic view of the ringed planet, make plans to observe on the nights before and after opposition.

Last quarter Moon falls on June 6th, when Saturn rises about 1¼ hours after the Sun sets. By the end of twilight, Saturn’s still low, only about 7° above the southeastern horizon. And that’s the trouble for observers at northerly latitudes: Saturn stays low in the south. Shining just above the Sagittarius Teapot, Saturn’s at declination –22°, about ½° farther south than it was at opposition last year. This southern creep continues until 2021, when the declination will begin to improve for northern observers.

On the night of June 6–7, Saturn eventually climbs to about 27° high, transiting about 2:30 a.m. local time. The sky starts brightening with morning twilight about an hour later, but that’s still a sizeable window for some good looks. At new Moon on June 13th, Saturn is more than 10° high by the time full darkness falls, and about 27° high at 2 a.m. when the planet transits.

Saturn subtly brightens over the course of the month, reaching magnitude +0.0 by the 23rd. It dims again to +0.2 by the end of July, but that still makes for a bright light in the night sky. Saturn’s equatorial diameter shrinks ever so slightly during the same period, but we’re talking a change of around one quarter of an arcsecond — it’s essentially 18″ for all of June and July.

You won’t notice much of a change in the tilt of Saturn’s rings, either. They’ll be open to 25.7° for June and 26.1° for July. That’s not quite the maximum 27°, but still an almost ideal view. Small scopes will show the rings and in steady seeing can reveal the Cassini Division, the dark gap between the A and the brighter B ring. The ghostly C ring can be difficult to see even in images. Start searching at the points where the ring crosses the globe, then follow it across the face of the planet (if you can).

If you observe several days in a row, you might notice that the rings appear brighter around the date of opposition. This phenomenon is attributed to the Seeliger effect (sometimes called an opposition surge). Because the Sun is behind us, the shadows of the ice and dust particles that make up the rings are hidden. Sunlight hits the rings straight on, and the back-scattered light pumps up the brightness from our vantage point in the solar system.

Indeed, Saturn is lovely view now in the telescope. Early this morning, 0030-0145 EDT, I enjoyed viewing Saturn with my modest, 90-mm refractor at 78x - 111x. There was the bright, waxing gibbous Moon and some cirrus that Saturn shined through, but still quite enjoyable sight. 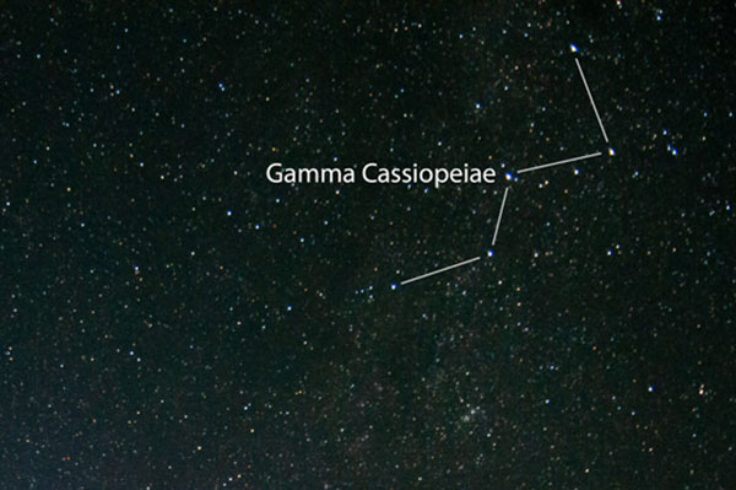