Lying within the same binocular field as 3rd-magnitude Beta Cephei, the red variable T Cephei sits high overhead on October evenings in the Northern Hemisphere. For monitoring its fluctuations, this chart (click on the image for a large-scale version) includes comparison-star magnitudes to tenths, with the decimal point omitted. North is up.

An easy star-hop about 3° southwestward from Alfirk (b Cephei) will bring you to the long-period variable star T Cephei. Once you think you’ve located it in binoculars, you’ll know for sure when you notice its red hue. The color is even more striking in a telescope.

According to data gathered by the American Association of Variable Star Observers, this star was as faint as 10th magnitude last March. Then it started to brighten. It hesitated near 8th magnitude for a few weeks in June, as expected from past behavior, and then resumed its rise. The star should attain peak brightness in mid-October. At a typical maximum it shines at magnitude 6.0, but occasionally it has become as bright as 5.2 before starting to fade again. The full cycle averages one year three weeks. Remember, the actual maximum may be brighter or fainter and many days early or late, so begin observing well before the predicted maximum.

To make an estimate, find two stars that closely bracket the variable in brightness. Mentally picture the brightness steps between them. For example, if T Cephei appears one-third of the way in brightness from the “60” star to the “67” star, record T’s magnitude as 6.2. Be sure to write down the date, time, and time zone with each estimate. 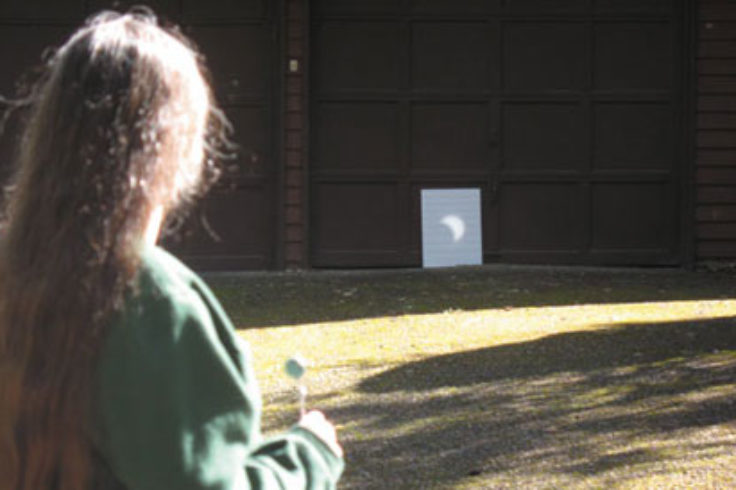