Again this year, Uranus can be found in Aquarius and Neptune is in neighboring Capricornus. Skywatchers who know the constellations should be able to pick them out using binoculars and the charts here. (The charts also appear in the June 2005 Sky & Telescope, page 72.)

On the wide-field chart at left, the yellow lines show the paths of each planet during 2005 among the stars of the two constellations. The zoomed-in charts below show blowups of the areas around each planet's path, including stars to magnitude 10.0 (much dimmer than either planet). The tick marks on the paths indicate the planets' locations on the first of each month.

Uranus stays brighter than magnitude 6.0 throughout the year, reaching 5.7 during August and September. "A few years ago I tried to find Uranus without optical aid," writes Scott Ewart of Philadelphia. "It wasn’t that hard. I enjoyed pointing it out to people, sometimes from not-so-dark sites, and watching it move from week to week." In a telescope at medium powers, its 3½", greenish white disk is featureless but obviously nonstellar.

Neptune attains magnitude 7.8 in summer and early fall (Northern Hemisphere seasons), and at no time during the year does it fade below 8.0. Its chart below includes two naked-eye stars of the "boat" figure of Capricornus, 4th-magnitude Theta (q) and Iota (i) Capricorni. If you make them straddle your binocular field, Neptune will be in there too. Barely more than 2" across, the planet’s pale bluish-gray disk is distinguishable from a star only at fairly high powers.

Pluto glimmers at 14th magnitude just west of Xi (x) Serpentis in 2005. It calls for much greater light-gathering power — at least an 8- or 10-inch telescope, in all likelihood. Use the finder chart in the June Sky & Telescope, page 72. 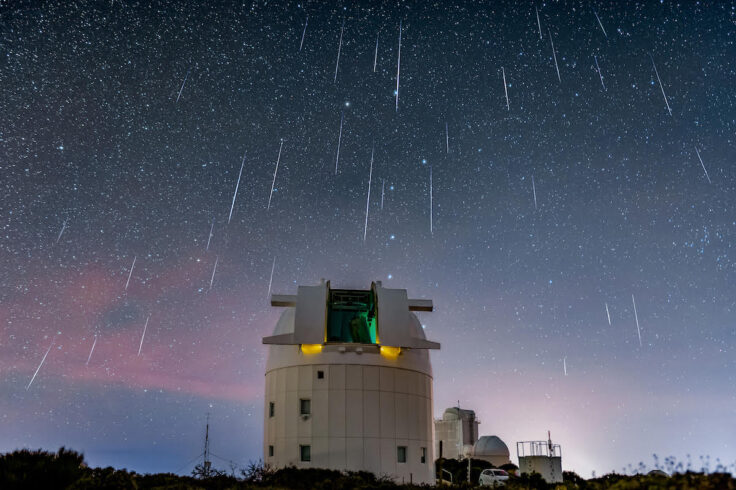 A Banner Year for the Geminid Meteor Shower