Some daily events in the changing sky for August 6 – 14. 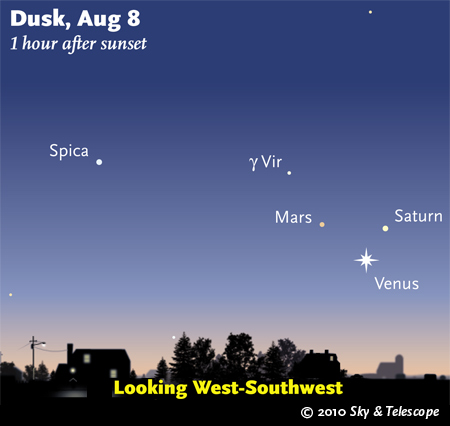 Venus continues as the bright landmark for shy Mars and Saturn after sunset.

Mercury (about magnitude +0.3) is fading and sinking very low in bright twilight. About a half hour after sunset, use binoculars to look for it just above the horizon due west, well to the lower right of bright Venus.

Venus (magnitude –4.3) is the bright Evening Star sinking low in the west as twilight fades. In a telescope Venus appears half lit.

Mars and Saturn (magnitudes 1.5 and 1.1, respectively) are above brilliant Venus in twilight, forming a triangle with it. Look carefully; they're less than 1% as bright. The triangle changes shape daily. 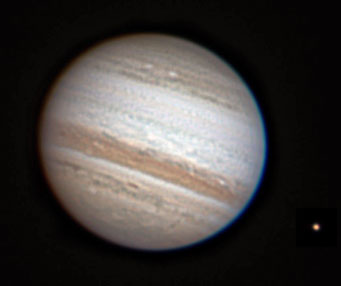 The side of Jupiter away from the Great Red Spot is still showing only very thin, broken traces of the South Equatorial Belt (SEB). The SEB is normally about as wide and dark as the North Equatorial Belt, seen here below center. The SEB probably still exists but is hidden under a new layer of white, high-altitude ammonia clouds. These clouds could start to clear at any time, allowing a view once again of the belt below.

S&T's Sean Walker took this image from New Hampshire on the morning of July 31st, at 7:47 UT. The satellite at lower right is sulfury Io.

Jupiter (magnitude –2.7, in Pisces) rises around the end of twilight and shines high in the southeast by midnight. It's highest in the south during the early-morning hours — the brightest starlike point in the morning sky.

Uranus (magnitude 5.8, in Pisces) is 3° west of Jupiter. In a telescope Uranus is only 3.6 arcseconds wide, compared to Jupiter's 47″.

Neptune (magnitude 7.8, at the Aquarius-Capricornus border) is up high by late evening. See our finder charts for Uranus and Neptune in 2010.

Pluto (magnitude 14, in northwestern Sagittarius) is highest in the south right after dark, and there's no moonlight until the end of the week. See our big Pluto finder charts in the July Sky & Telescope, page 60. 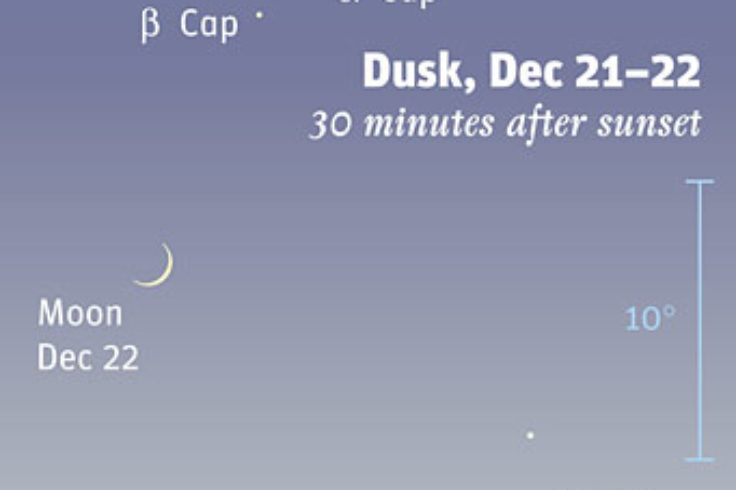 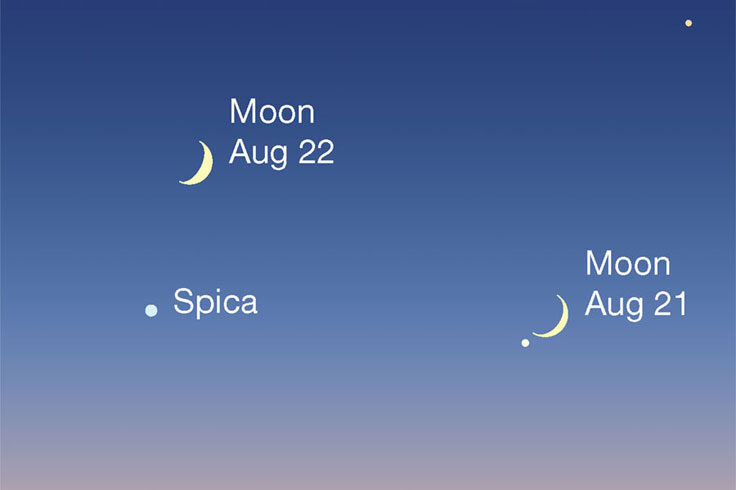