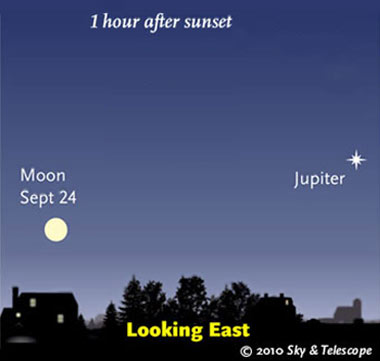 In twilight on Friday the 24th, look for the Moon and Jupiter far apart in the east.

Mercury (bright at magnitude –1) is having a fine morning apparition. Look for it low in the east about 45 minutes before your time of sunrise. It sinks lower as the week advances. Look also for little Regulus increasingly far to its upper right.

Venus, though brightest now at magnitude –4.8, is sinking very low in the southwest during bright twilight. It sets well before dark.

Jupiter (magnitude –2.9, at the Pisces-Aquarius border) is just past opposition. As twilight fades, Jupiter grows very obvious low in the east. It shines high in the east-southeast by mid-to late evening — by far the brightest starlike point in the sky. It's highest in the south around midnight or 1. 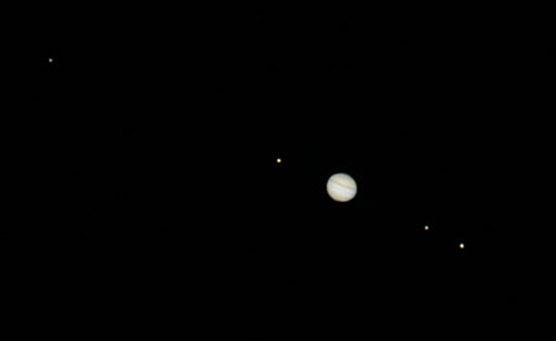 Callisto, Io, Europa, and Ganymede (top left to lower right) pose with Jupiter for a wide-field view on the night of September 25th. "I shot the attached image with my 14-inch Meade SCT and Canon 20Da DSLR," writes Richard Tresch Fienberg. "It's a composite: 1/10 second exposure to get the moons, 1/500 sec to get Jupiter (both at ISO 800)." Rick is former editor in chief of Sky & Telescope and now press officer/ education & outreach coordinator for the American Astronomical Society.

Jupiter is having an unusually close apparition; it continues to appear 49 arcseconds wide through mid-October. In fact this opposition was closer than any other of Jupiter from 1963 to 2022 (but only 1% or 2% closer than in any year when opposition occurs from mid-August through October, including last year and next. See our article.)

Pluto (magnitude 14.0, in northwestern Sagittarius) is still fairly high in the south-southwest right after dark. The sky is free of moonlight then by the 27th or 28th. Use the large finder chart in the July Sky & Telescope, page 60. 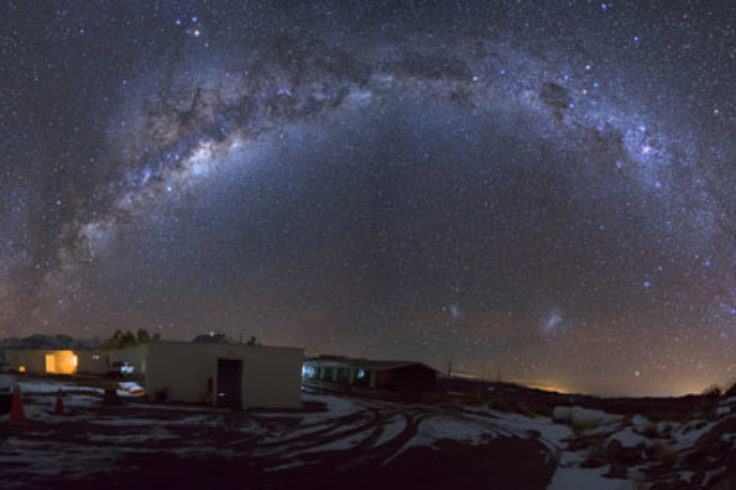 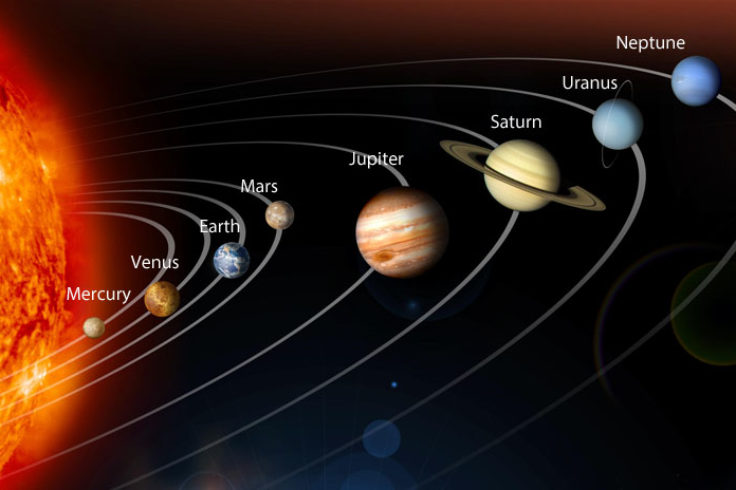