Forgotten but not gone? Comet Lulin remains within telescopic reach at 9th magnitude, in the feet of Gemini in the western sky just after dark. The window of moonless early evenings begins opening around Saturday April 11th. Use our chart. Good luck.

The Comet Yi-SWAN challenge. It isn't much at magnitude 8½, but this new comet is far north crossing the bright pattern of Cassiopeia this week. It's getting quite low in the northwest just after dusk — lower than it is in the northeast just before the first light of dawn. However, the Moon was full on Thursday the 9th, so the only moonless time to look for the comet this week will be right after dusk, starting about April 11th. Next week will be better, with the comet higher before dawn (but no brighter). See our AstroAlert with the comet's positions for plotting on your star atlas. Again, good luck. 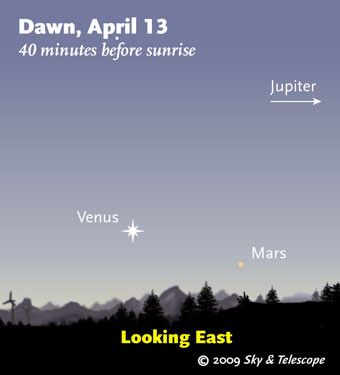 By April 13th, Venus is getting to be distinctly higher than challenging little Mars deep in the dawn. (The scene is drawn for latitude 40° north. The brightnesses of objects are exaggerated in twilight this close to sunrise or sunset.) 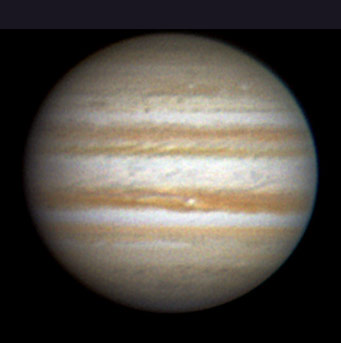 Note the brand-new white outbreak, still pointlike, in Jupiter's dark North Equatorial Belt (NEB) just below center. South is up in this Christopher Go image taken on April 11th. The North Equatorial Belt remains dark reddish, but the outbreak is beginning to spread white material left and right along the belt's middle. South Equatorial Belt is wider and double, with busy turbulence all along its middle. The central-meridian longitude was 238° (System II) ,and the NEB outbreak had not quite reached the central meridian.

Mercury (about magnitude –1) has its best evening apparition of the year this week and next. Look for it low in the west about 40 minutes after sunset. It gets higher later in the week.

Venus (magnitude –4.5) is low in the dawn. Look for it above the eastern horizon about 60 to 30 minutes before sunrise. Don't confuse it with Jupiter, higher and far to the right in the southeast. (You can find your local sunrise time from our online almanac. If you're on daylight saving time like most of North America, make sure the Daylight Saving Time box is checked.)

In a telescope, Venus is a thickening and shrinking crescent. The best telescopic views come in full morning daylight, with Venus higher in steadier air.

Mars (magnitude +1.2) is very low in the sunrise glow, to the lower right of Venus. Use big binoculars. Good luck.

Jupiter (magnitude –2.1, in Capricornus) shines in the southeast during early dawn. 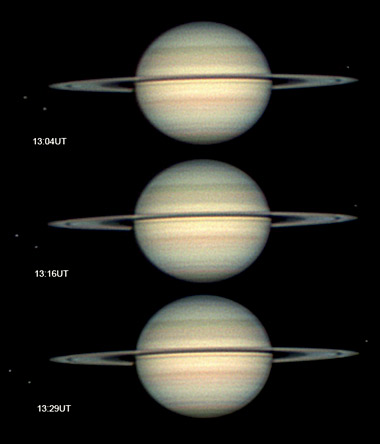 On March 25th, Christopher Go imaged Saturn and three of its moons during excellent seeing. Dione and Tethys are on the left, and fast-moving little Enceladus is just above the rings' tip on the right. North is up, and celestial east is left.

Saturn (magnitude +0.6, near the hind foot of Leo) shines high in the southeast at dusk and highest in the south around 9 or 10 p.m. Regulus, a little less bright, sparkles 16° (roughly one and a half fist-widths at arm's length) to Saturn's upper right in early evening, and more directly to its right in late evening.

In a telescope, Saturn's rings are 4° from edge on. They'll close to exactly edge-on next September 4th, when, unfortunately, Saturn will be out of sight practically in conjunction with the Sun.

Neptune (8th magnitude) is also in the glow of dawn, in the background of Jupiter.

Pluto (14th magnitude, in northwestern Sagittarius) is in the south-southeast before the first light of dawn. 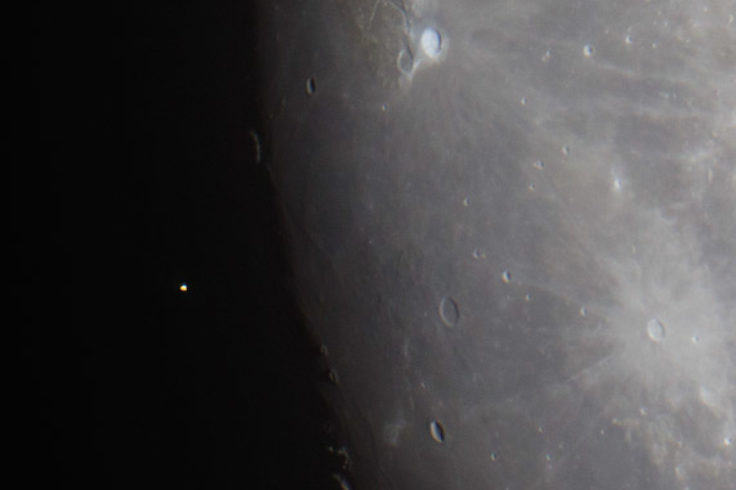 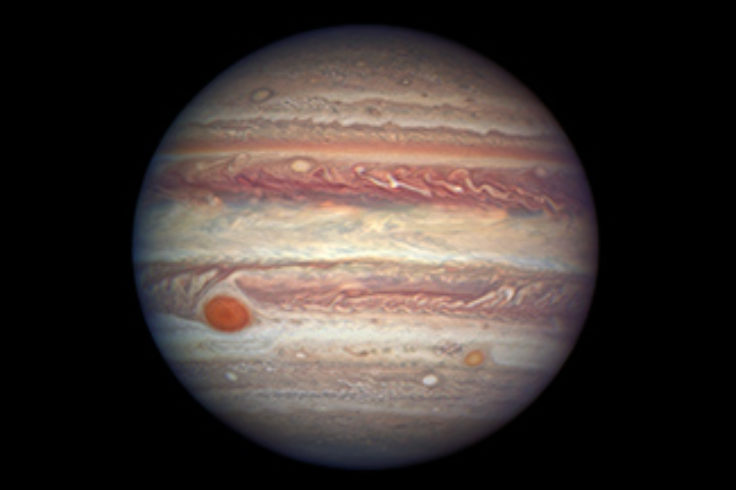 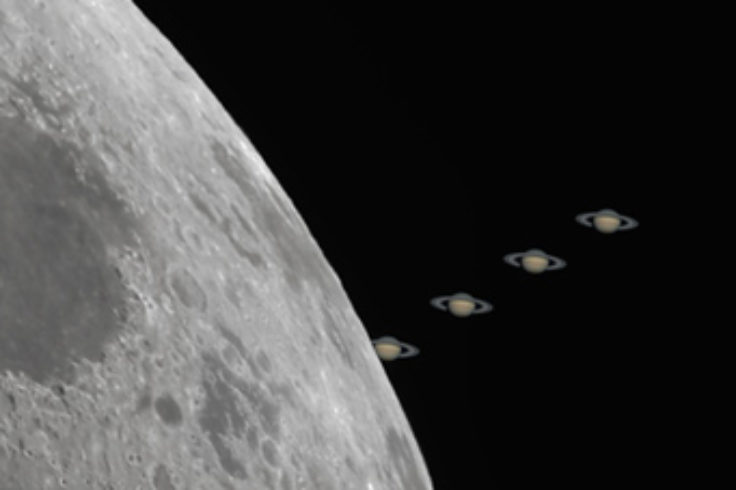 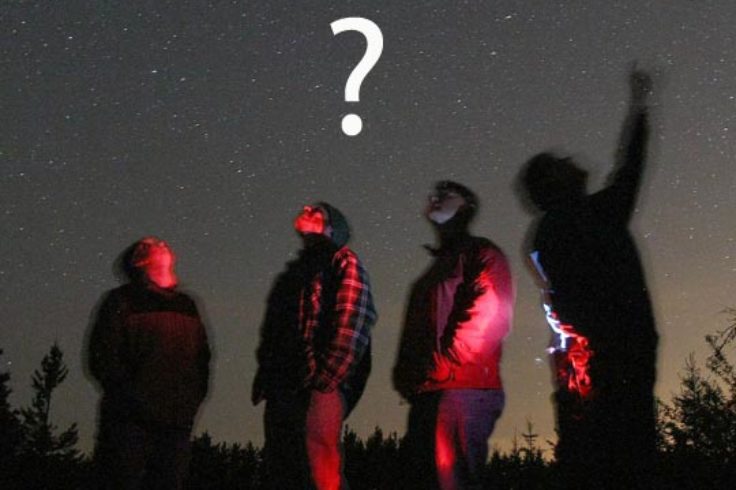