Supernova 2011fe brightens from nothing in these early images taken with the 48-inch (1.2-m) Schmidt telescope at Palomar Observatory on the evenings of August 22, 23, and 24, 2011. Click here for larger views. As of August 29th, the supernova had become brighter than the galaxy's nucleus in amateur telescopes.

Supernova in M101. The Type Ia supernova in M101 off the Big Dipper's handle seems to have reached its peak. Supernova 2011fe was discovered on August 24th at magnitude 17.2, reached 13.8 on the 25th and 11.6 on the 29th. By then it was easier to see than the galaxy itself in amateur telescopes through suburban light pollution. By the evening of September 7th it was about magnitude 10.0 and almost ceasing to brighten.

Judge its brightness using the comparison-star charts you can generate courtesy of the American Association of Variable Star Observers (AAVSO).

A normal Type Ia supernova at M101's distance, 23 million light-years, would reach magnitude 10.0 at its peak, assuming none of its light is lost to interstellar absorption in M101 itself. It's well within visual reach in a 4-inch scope. You'll be using the supernova to find the galaxy, not the other way around! Especially with moonlight now returning. See our article, Supernova Erupts in M101.

Mercury is having a good dawn apparition, brightening from magnitude –0.2 to –0.9 this week. Look for it low in the east-northeast about an hour before sunrise. It's far below Mars, Castor, and Pollux.

(To find your local time of sunrise, you can use our online almanac for your location. If you're on daylight saving time, make sure the Daylight Saving Time box is checked.)

Mars (magnitude +1.4, crossing Gemini) rises around 2 a.m. daylight saving time. By the beginning of dawn it's in good view well up in the east, to the right or lower right of Castor and Pollux. In a telescope Mars is a tiny blob only 4.7 arcseconds in diameter. 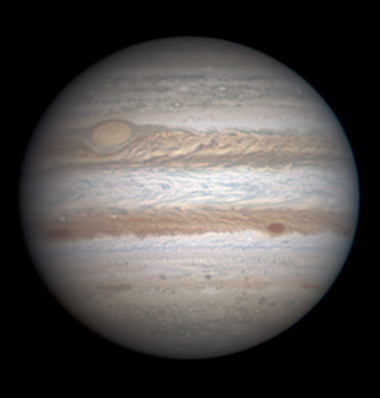 Christopher Go in the Philippines took this amazing stacked-video shot of Jupiter with a 14-inch telescope on August 29th. The dark-rimmed Great Red Spot is upper left of center. Lower right of center is a very dark red oval in the North Equatorial Belt. South is up.

Jupiter (magnitude –2.6, in southern Aries) rises in the east-northeast around 10 p.m. daylight saving time. Look above it for the stars of Aries and (once Jupiter is well up) closer below it for the head of Cetus, rather dim. Jupiter shines highest in the south before dawn, making this the best time to examine it with a telescope. It's a big 45 arcseconds wide.

Saturn (magnitude +0.9) is disappearing into the sunset. Look for it low above the western horizon as twilight fades, far below Arcturus. Left of Saturn by 10° twinkles Spica. Binoculars help.

Uranus (magnitude 5.7, in Pisces) and Neptune (magnitude 7.8, in Aquarius) are well placed in the south and southeast before midnight. Use our printable finder chart for both.

Pluto (magnitude 14.0, in northern Sagittarius) is in the south-southwest right after dark.

NEW BOOK: Sue French's DEEP-SKY WONDERS! This long-awaited observing guide by Sky & Telescope's own Sue French is now available for pre-order from Shop at Sky. This lavishly illustrated book contains Sue’s 100 favorite sky tours (25 per season) from her 11 years of writing the Celestial Sampler and Deep-Sky Wonders columns for S&T. Pre-order now, and your book will ship on September 26th. Don’t miss it! 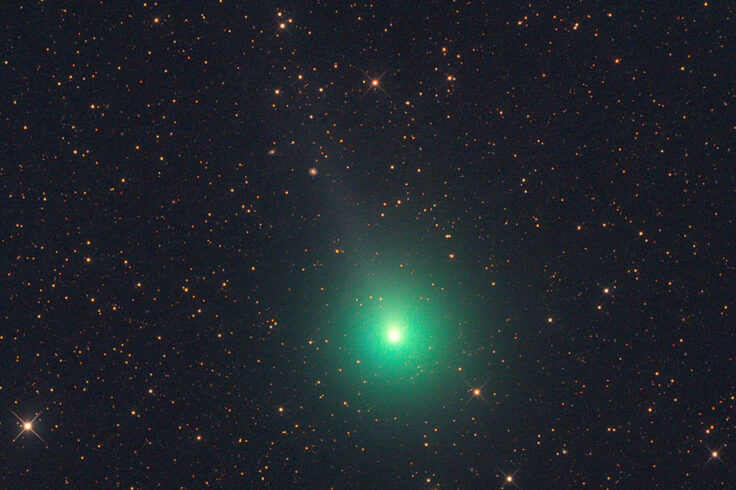 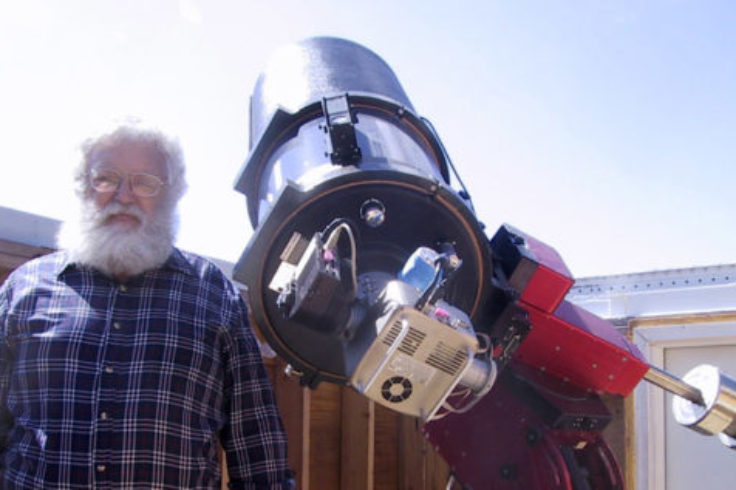 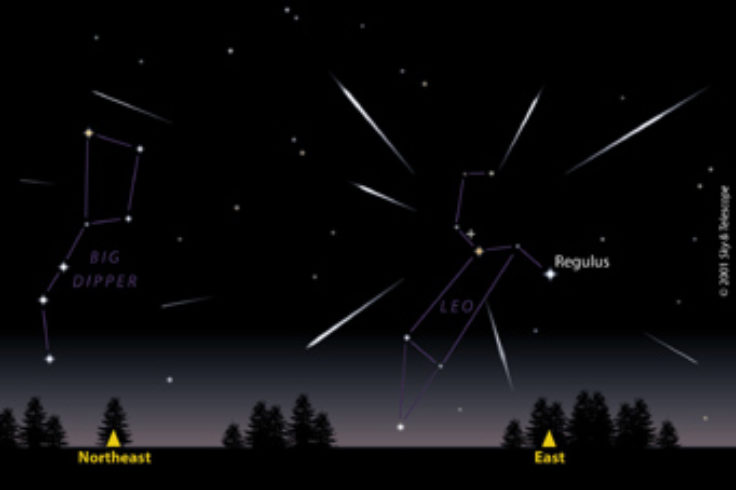