Venus, magnitude –4.5, is rapidly emerging into view in the eastern dawn. Look for it low in the east-southeast as dawn begins to brighten. Above Venus are much fainter Spica and, higher up, Saturn.

Mars, magnitude +1.4, is disappearing deep in the sunset. 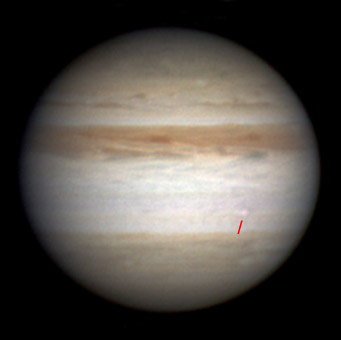 A new bright white spot (indicated) has appeared in the latitude of Jupiter 's South Equatorial Belt, likely marking the start of the belt's return. If history is a guide, the storm responsible for the white spot will start dredging up dark material from below, which will spread around Jupiter at this latitude. Read our article Jupiter's Lost Belt Reviving?, and keep watch for yourself! Christopher Go took this image at 10:24 UT November 10th. South is up.

Jupiter (magnitude –2.7, at the Pisces-Aquarius border) shines high in the southeast to south during evening. It's by far the brightest starlike point in the sky. In a telescope it's still a big 46 arcseconds wide.

Saturn (magnitude +0.9, in Virgo) glows in the east-southeast in early dawn, above bright Venus and dim Spica. The best time to try observing Saturn with a telescope is in morning twilight, perhaps an hour before your local sunrise time, when the planet will be less blurred by the low-altitude atmospheric mess. Saturn's rings have widened to 8° from edge-on.

Neptune (magnitude 7.9, in Capricornus) is highest in the south after dusk. See our finder charts for Uranus and Neptune online or, with article, in the September Sky & Telescope, page 56. Can you see any color in Uranus and/or Neptune?

Pluto (magnitude 14.0, in Sagittarius) is disappearing in the southwest after dark. 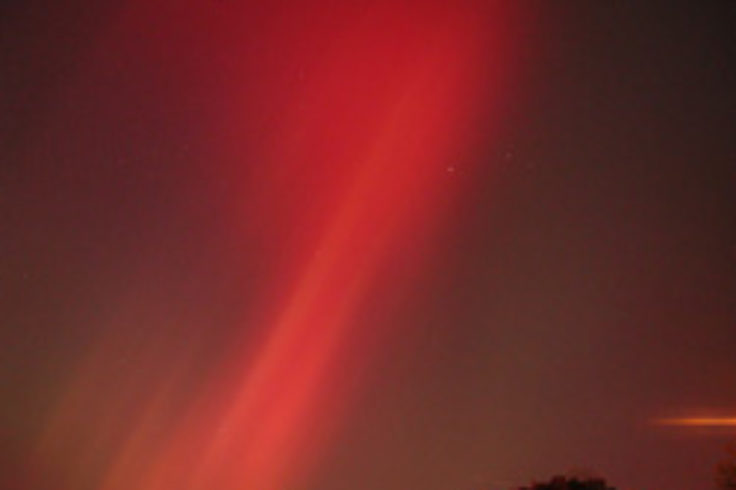 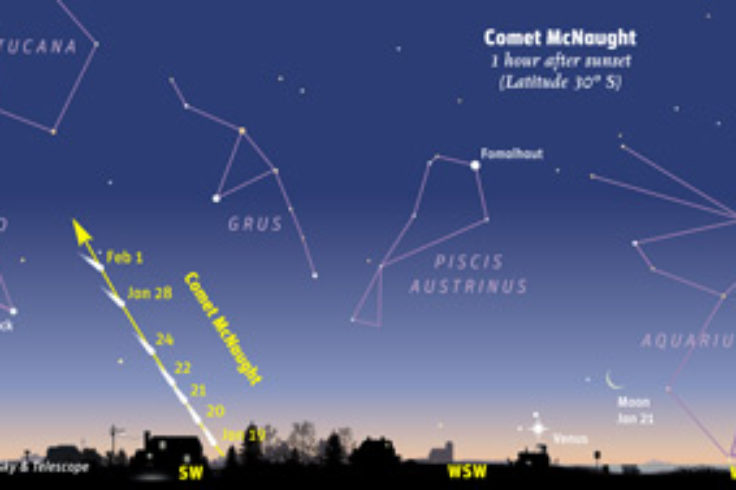