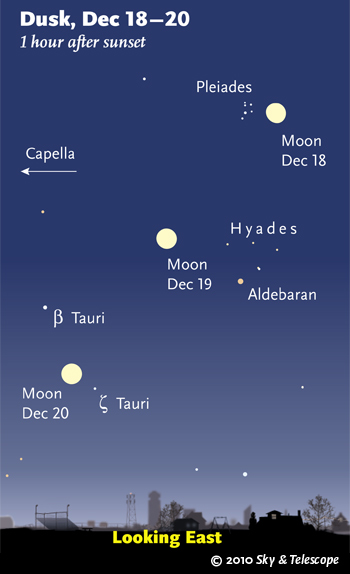 The Moon takes three nights to pass from one end of the constellation Taurus to the other. (These scenes are drawn for the middle of North America. European observers: move each Moon symbol a quarter of the way toward the one for the previous date. For clarity, the Moon is shown three times its actual apparent size.) 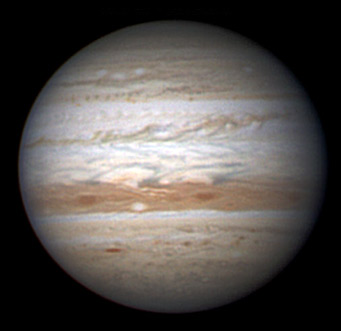 By December 13th, the dark markings issuing from the South Equatorial Belt Outbreak formed a very obvious, turbulent diagonal line most of the way around the planet. It's now detectable visually in almost any telescope capable of showing belts on Jupiter. Note also the activity in the North Equatorial Belt and the great blue festoons in the bright Equatorial Zone. Christopher Go took this image at 11:15 UT, when the central-meridian longitude (System II) was 267°. South is up.

Venus (magnitude –4.8) blazes in the southeast before and during dawn, at its greatest height as the "Morning Star." In fact Venus rises some two hours before the first glimmer of dawn (for skywatchers at mid-northern latitudes) — a weird UFO of a thing in the east-southeast.

Mars is lost deep in the glow of sunset.

Jupiter (magnitude –2.4, at the Pisces-Aquarius border) shines in the south at dusk and southwest later in the evening. It's the brightest starlike point in the evening sky. In a telescope Jupiter has shrunk to 40 arcseconds wide. Jupiter's South Equatorial Belt continues re-forming, as dark markings spread east and west all around the globe from the storm spot that broke out in the SEB's latitude more than a month ago. The original outbreak site transits Jupiter's central meridian about 3 hours and 40 minutes after the Great Red Spot. 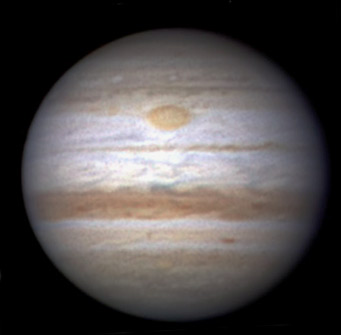 Jupiter's other side, on December 15th. The central-meridian longitude (System II) was 163°. South is up. Note the thin streamer of dark material all the way across the disk just above the bright Equatorial Zone. It's from the South Equatorial Belt Outbreak on the far side of the planet, now more than a month old.

Saturn (magnitude +0.8, in Virgo) rises around 1 a.m. and is high in the south-southeast before and during dawn, far upper right of brilliant Venus. Don't confuse it with Spica below it. Saturn's rings have widened to 10° from edge-on.

In a telescope, see if you can detect the new white storm known as the North Electrostatic Disturbance, seen with dramatic clarity in the stacked-video image below. Visually the spot is much less obvious. Saturn's rings have widened to 10° from edge-on.

Uranus (magnitude 5.8) is only about 1½ east of Jupiter and closing. 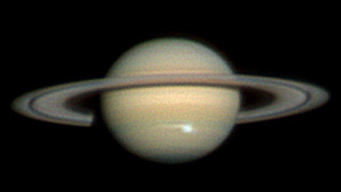 Saturn's new white spot leaps out from this stacked-video image made by Christopher Go with his 11-inch scope. "I was even able to see it distinctly visually!" he writes. He took the image at 20:39 UT December 13th. The spot was at System III longitude 261° and is moving toward higher longitudes. South is up.

Neptune (magnitude 7.9, in Capricornus) is still in the southwest right after dark. See our finder charts for Uranus and Neptune online or (with article) in the September Sky & Telescope, page 56. 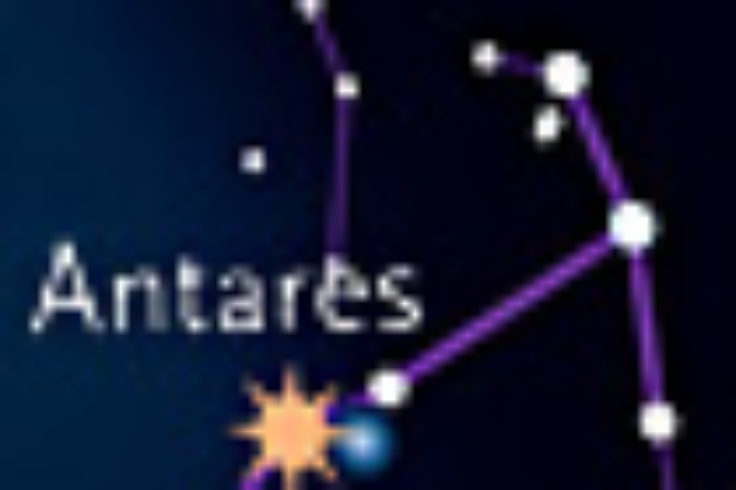