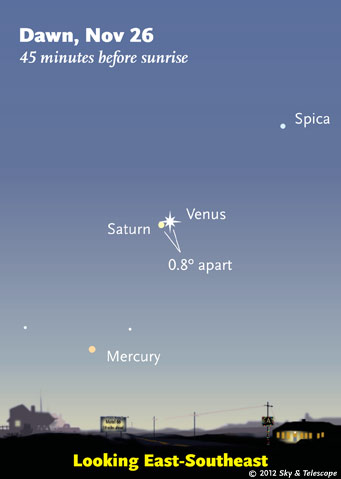 Three planets await your capture in the dawn. (The visibility of the fainter ones in bright dawn is exaggerated here.)

Mercury emerges into dawn view around November 24th or so, brightening from magnitude +1 to 0 this week. Look for it just above the east-southeast horizon in early dawn, far to the lower left of Venus and Saturn as shown here. Mercury is beginning its best apparition of the year for viewers at mid-northern latitudes.

Venus, brilliant at magnitude –3.9, and Saturn, much fainter at magnitude +0.6, shine together in the southeast during dawn. Saturn begins the week 3° to Venus's lower left (on Saturday morning the 24th). It passes about 0.8° by Venus on the 26th and 27th, and by November 30th it's 4° to Venus's upper right.

Ceres and Vesta, the two brightest minor planets (asteroids), are now magnitudes 7.2 and 6.6 respectively, and located not far from Jupiter. Find them with our chart in the December Sky & Telescope, page 50, or online.

Jupiter (magnitude –2.8, in Taurus) rises in the east-northeast in early twilight and climbs higher all evening. Orange Aldebaran is 5° to its right or lower right. Above them are the Pleiades. Jupiter is nearly at its December 2nd opposition; it appears a big 48 arcseconds wide, essentially as large as it will become this year. See "Turmoil on Jupiter" in the November Sky & Telescope, page 56. 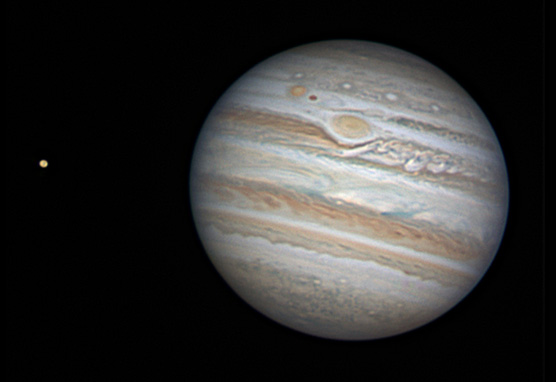 The Great Red Spot's side of Jupiter is busy indeed. On Thanksgiving evening, November 22nd, Sky & Telescope imaging editor Sean Walker shot this image with his 12.5-inch Newtonian reflector and DMK21AU618 planetary video camera from New Hampshire. South is up. From upper left, note the orange ring of Oval BA, the tiny dark-red dot following it, the Great Red Spot in its white Red Spot Hollow, and the huge turbulence behind it roiling the South Equatorial Belt.

Uranus (magnitude 5.8, in Pisces) and Neptune (7.9, in Aquarius) are conveniently placed in the south in early evening. Finder charts for Uranus and Neptune. 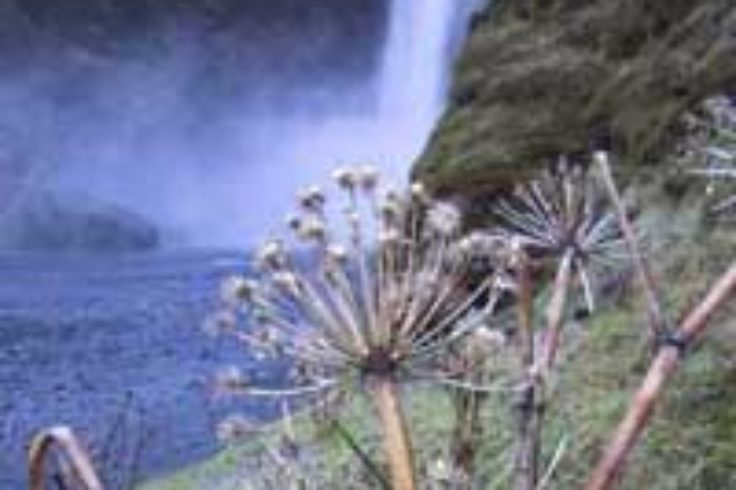 Iceland: Fire, Ice, and the Aurora 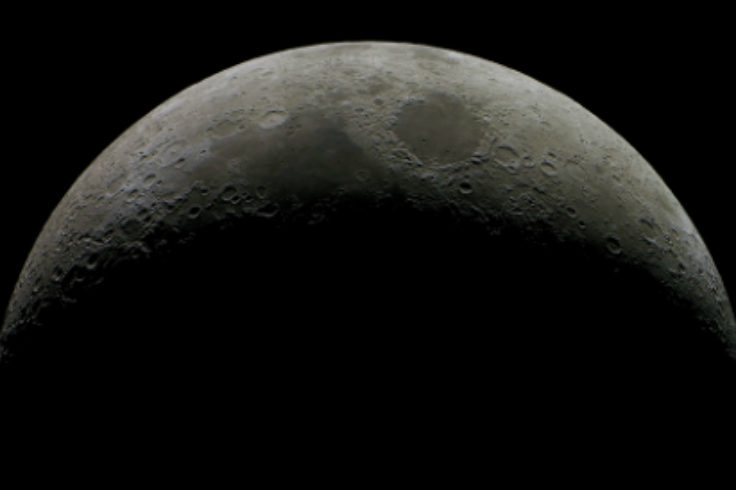