Alert: T Pyxidis has finally blown up! The recurrent nova T Pyxidis, which had its last outburst in December 1966 and has been very overdue for its next, has shot up from magnitude 15.4 to at least 8.5. In 1966–67 it reached 6.5. Read more about the ouburst of T Pyxidis. 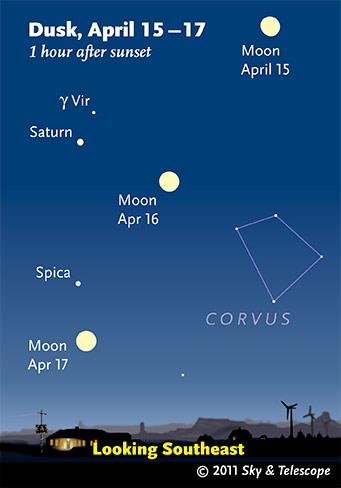 As the Moon waxes to full, it teams up with Saturn in the evening sky.

Mercury, Mars, and Jupiter are buried deep in the glare of sunrise (well to the lower left of Venus).

Venus (magnitude –3.9) is visible very low in bright dawn. Look for it above the eastern horizon about 30 minutes before your local sunrise time. 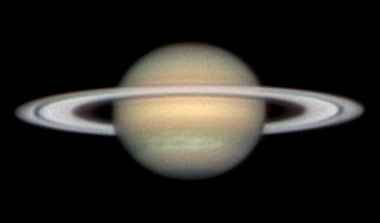 Saturn at opposition on the night of April 3–4. The rings are especially bright compared to the globe due to the opposition effect (Seeliger effect). Christopher Go shot this image at

Saturn (magnitude +0.4, in Virgo) is the only planet now in good view. After passing through opposition on April 3rd, it glows low in the east-southeast as the stars come out. Saturn rises higher in the southeast during evening and shines highest in the south around 11 or midnight. Look for twinkly Spica 12° below it or to its lower left. Don't confuse Saturn with brighter Arcturus 30° to its left or upper left.

In a telescope, the rings have narrowed slightly in the last few months to 8° from edge on. See how many of Saturn's satellites you can identify in your scope using our Saturn's Moons tracker. Saturn's months-old northern-hemisphere white spot is now a much-faded double light band most of the way around the planet, as seen here.

Uranus and Neptune are low in the glow of dawn. 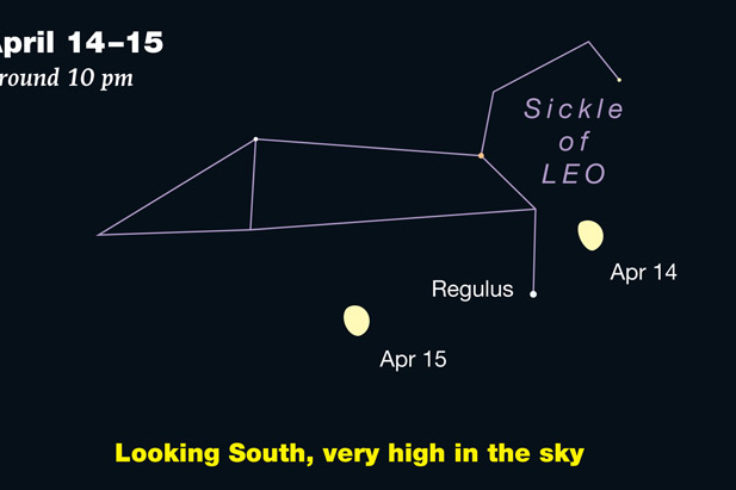