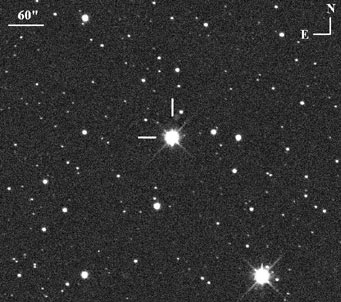 T Pyxidis in outburst on April 15th, the day after its discovery. North is up. See before-and-after animation (with south up).

The recurrent nova T Pyxidis erupted last week for the first time since December 1966. It's now magnitude 7.5 (as of April 22nd) and is likely to brighten to about 6.4 by May 20th. It's visible right after dark from mid-northern latitudes and points south. See our article T Pyxidis Finally Blows Again.

Mercury, Venus, Mars, and Jupiter are deep in the bright glow of dawn. Venus is the least low and by far the brightest. Use binoculars 20 or 30 minutes before sunrise to look lower left of Venus for Mercury, which is fading daily. Farther lower left is tiny Mars, even fainter. And farther lower left still is Jupiter. Jupiter becomes a little higher and less difficult each morning; it will pass Mars on May 1st. 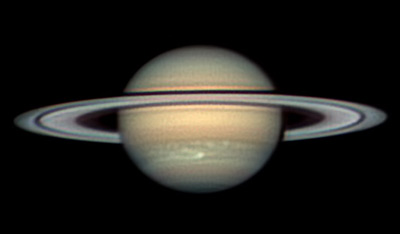 Also see his animation there of several images confirming dark spokes on the left (celestial west) side of the bright B ring on April 25th. On his website images are north up.

Saturn (magnitude +0.5, in Virgo) is the only planet anywhere in good view now. Look for it glowing in the southeast as the stars come out, with Spica down below it and bright Arcturus far to its left. Saturn rises higher in the southeast after dark and shines highest in the south around 11 or midnight daylight saving time.

In a telescope, Saturn's rings have narrowed slightly in the last few months to 8° from edge on. See how many of Saturn's satellites you can identify in your scope using our Saturn's Moons tracker. Saturn's months-old northern-hemisphere white spot has spread into a faded, double light band all the way around the planet.

Only about 2° from Saturn is fainter Gamma Virginis (Porrima), a fine, close telescopic binary star with a current separation of 1.7 arcseconds. Use high power, and hope for good seeing. See article in the April Sky & Telescope, page 56.

Uranus is deep in the dawn, in the background of Venus but too faint to see.

Neptune (magnitude 7.9, in Aquarius) is low in the east-southeast just before dawn's first light. 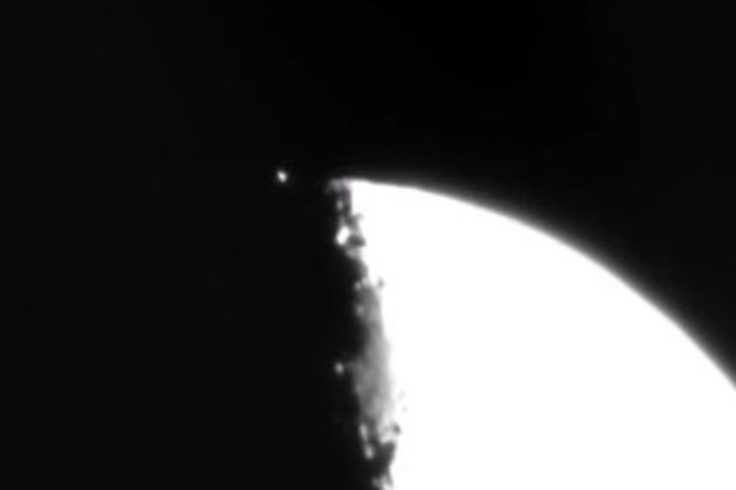 A Remarkable View of Aldebaran's Occultation 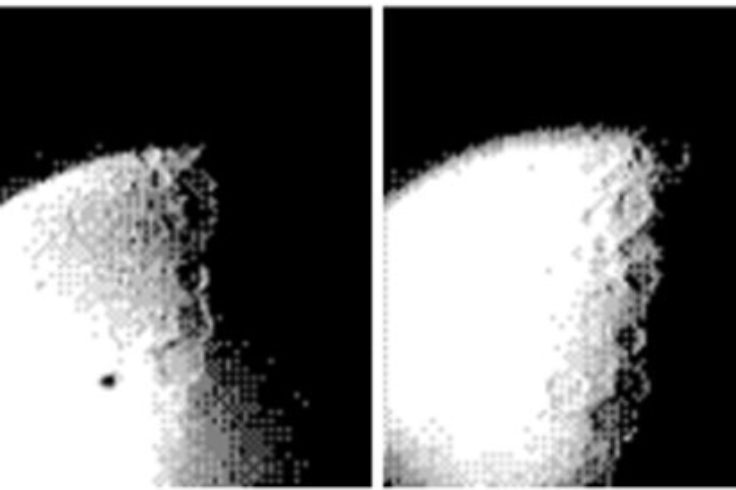