Some daily events in the changing sky for February 20 – 28. 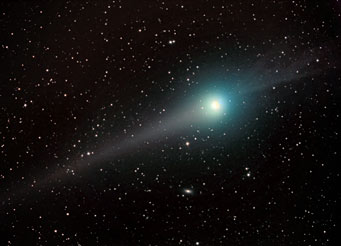 "The Sword Comet â€” I have named it so!" writes Paolo Candy of the Cimini Astronomical Observatory and Planetarium in Italy. On the morning of February 20th, when Candy took this picture, the dust antitail (left) had grown in prominence to quite outdo the gas tail (right), which points away from the Sun. Candy used a 10-inch f/3 Baker-Schmidt Zen astrograph, and an SBIG STL 6303E camera, for L, R, G, and B exposures 3, 1, 1, and 2 minutes long, respectively. Click image for larger view.

Comet Lulin this week is at its brightest and closest to Earth — right when the sky is conveniently moonless. Use binoculars or a telescope to look for it once it's well up in late evening. The comet is glowing at about magnitude 5.6 as it moves rapidly westward across Virgo.

In recent days the comet's dust-spike antitail has grown longer and stronger, completely outclassing its "true" tail, which points properly away from the Sun like a comet's tail should.

On the night of February 25th the comet goes through opposition, nearly 180° from the Sun in our sky. Will there be an "opposition effect" brightening of its dusty coma and dust tail?

Good luck on this one. To catch these events at their peaks you'll have to be located where Jupiter isn't too low but morning twilight isn't yet too bright. Elsewhere in the Americas, however, you can still try for them off-peak. The farther south you are the better.

Jupiter, Mercury, and Mars (magnitudes –2.0, –0.1, and +1.2, respectively) remain very low in the glow of sunrise, where they're changing configuration daily. See the sky scenes above. Mars is very faint and may require binoculars.

The thin waning crescent Moon joins them on Sunday morning the 22nd. Then on Tuesday morning the 24th, Jupiter and less-bright Mercury have a conjunction just 0.7° apart.

Bring binoculars, and look just above the east-southeast horizon about 30 minutes before sunup. Find your local sunrise time by making sure you've put your location into our online almanac, and make sure the Daylight Saving Time box is unchecked.

Venus (magnitude –4.8, in central Pisces) is the dazzling "Evening Star" high in the west during and after twilight. It's still at its peak brightness, nor does it set until about 9 p.m. In a telescope Venus is a rapidly waning crescent (about 24% sunlit) some 42 arcseconds from cusp to cusp. Telescopically, Venus is best seen in bright twilight or even broad daylight; it's less glary against a bright sky, and it's higher. 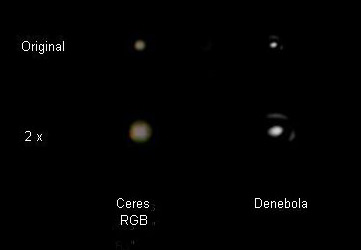 Ceres was 11 days from opposition, and 0.83 arcseconds wide, when John Sussenbach of Houten, Netherlands, resolved its disk by video imaging Feb. 14, 2009. At right is a star's diffraction pattern imaged for comparison. He used a Celestron 11-inch Schmidt-Cassegrain scope with a 3× Barlow, a DMK2AF4.AS video camera, and RGB filters. In each color he took 980 frames and used Registax 4.0 to select and stack the best 500 from each. Click image for more.

Ceres (magnitude 6.9, in Leo), is having its best apparition of our lifetimes! This "dwarf planet," the largest of the main-belt asteroids, is at opposition on February 25th. See the article and finder chart in the March Sky & Telescope, page 60, or online.

Ceres, with a diameter of 950 kilometers (590 miles), is estimated to contain a third of the mass of the asteroid belt — even though the main belt is believed to contain a million objects larger than 1 kilometer across.

Saturn (magnitude +0.6, near the hind foot of Leo) rises in twilight, shines well up in the east by 9 or 10, and is highest in the south around midnight or 1 a.m. Don't confuse Saturn with similarly-bright Regulus 20° (two fist-widths at arm's length) to its upper right after they rise, and more directly to its right after midnight. 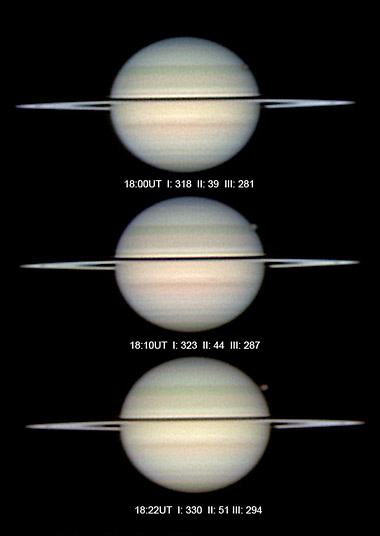 This week Saturn's rings are 2° from edge on. The rings will gradually open to 4° by late May, then will close to exactly edge-on next September 4th — when, unfortunately, Saturn will be out of sight practically in conjunction with the Sun. 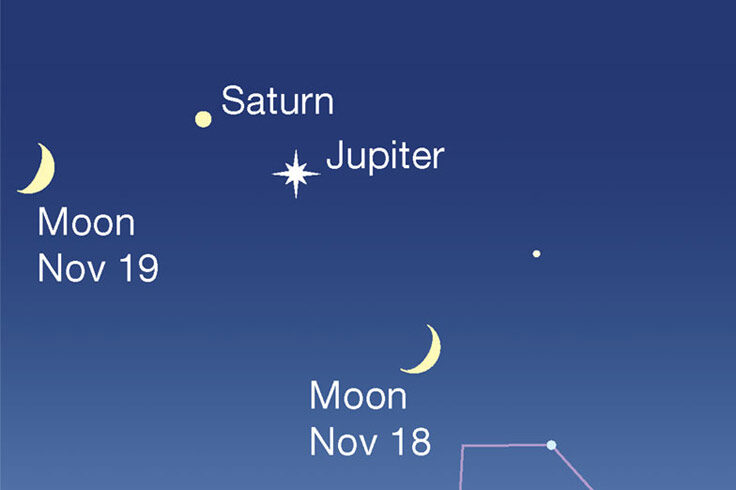 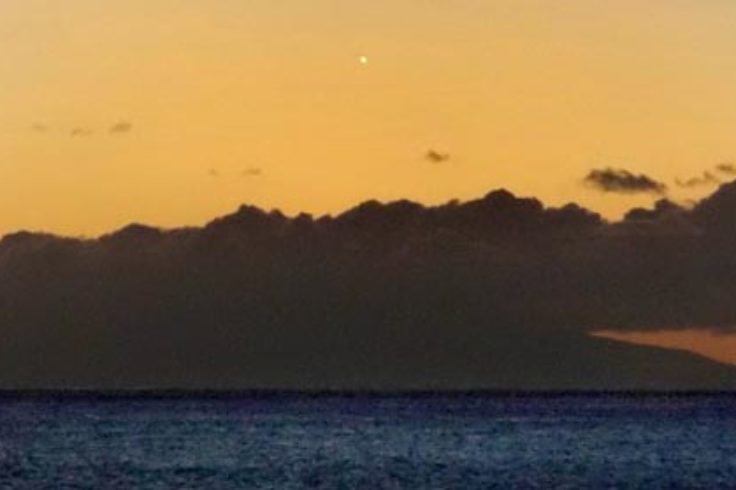