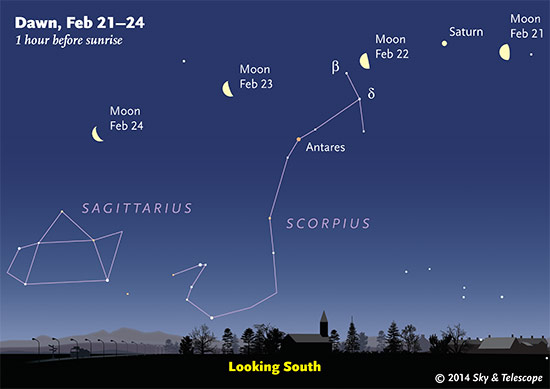 As the Moon wanes past third quarter, it passes Saturn and two "summer" constellations in early dawn. 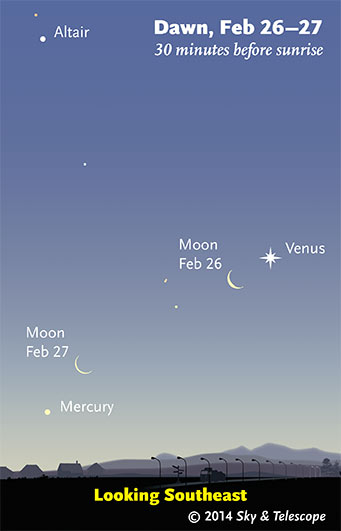 The thin waning crescent pairs up with bright Venus, then tougher Mercury. (The Moon is always plotted for the middle of North America. In Europe, move each Moon a quarter of the way toward the one for the previous date. In the Far East, move it halfway.)

And with a moderate to large telescope on a night of very fine seeing, this is when to try to detect the white-dwarf companion of Sirius, now 10.2 arcseconds east of the bright primary. See last October's Sky & Telescope, page 30, for tips and tricks when attempting this challeging project.

When to look? Canopus is due south when Beta Canis Majoris — Mirzim, the star a few finger-widths to the right of Sirius — is at its highest point due south. Look straight down from Mirzim then! 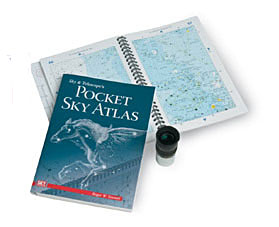 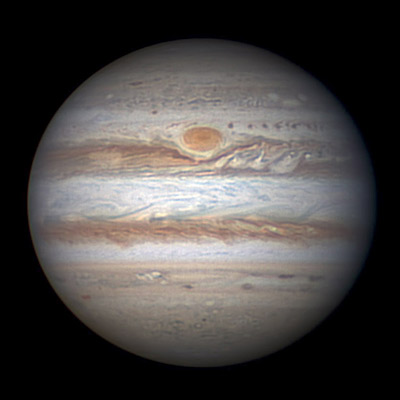 Jupiter on February 19th. South is up. The Great Red Spot is smack on the central meridian, at System II longitude 208°.

Note the thin, very dark red edge of the Red Spot Hollow in which it sits, the massive white turbulence following (celestial east of) the spot in the South Equatorial Belt, the row of dark dots following the Red Spot in the very weak, thin South Temperate Belt, and the three white ovals at upper right in the South South Temperate Belt grouped like a Mickey Mouse hat. Jupiter never quits.

Venus (magnitude –4.8, in Sagittarius) blazes as the "Morning Star" before and during dawn; look southeast. A small telescope shows that it's a thickening crescent.

In a telescope Mars has grown to about 11 arcseconds wide, big enough for good 4-inch and larger telescopes to show surface features in good seeing. See the Mars map and observing guide in the March Sky & Telescope, page 50. Mars will be 15.1? wide when closest to Earth in mid-April.

Saturn (magnitude +0.5, in Libra) rises around midnight and is highest in the south at the beginning of dawn. By then it's far left of Mars and Spica, and less far to the upper right of Mars-colored Antares.

Uranus sinks low in the west after dusk. 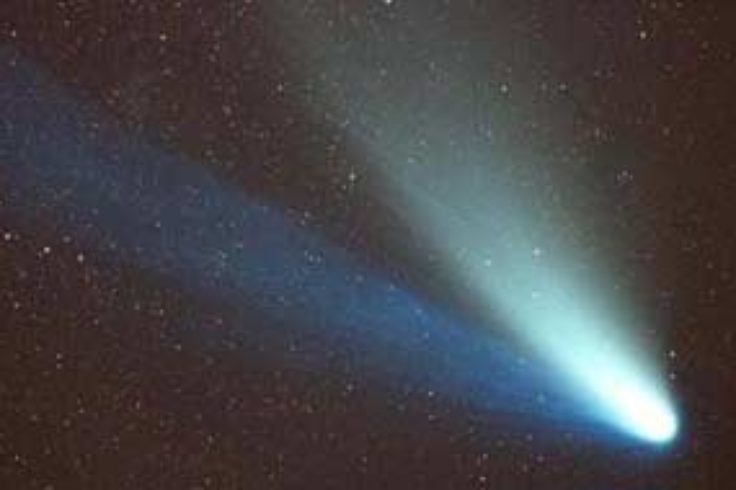 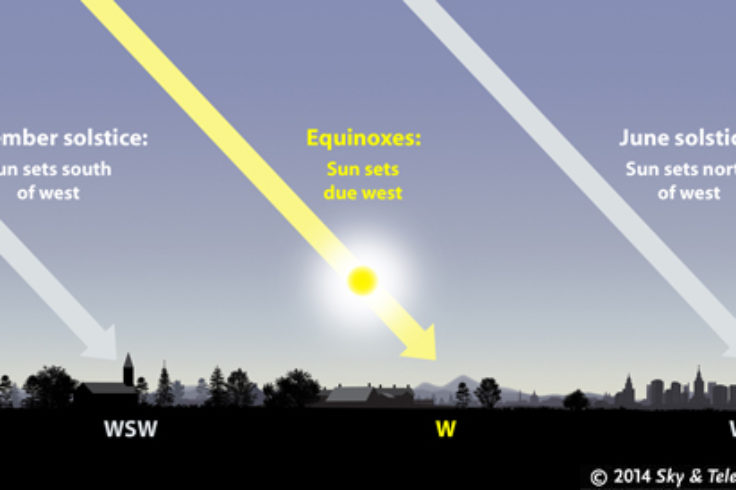