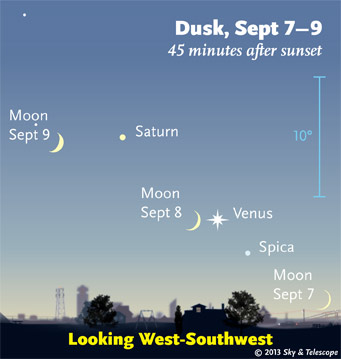 Venus is bright, but bring binoculars to help with the fainter objects low in the twilight. The Moon is positioned as it's seen from the middle of North America. The blue 10° scale is about the width of your fist held at arm's length. 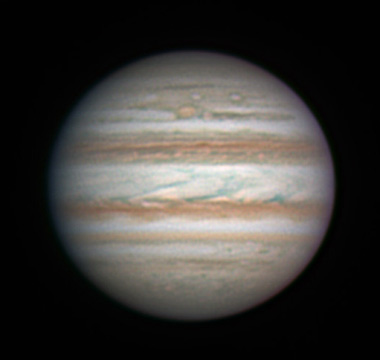 No, it's not the Great Red Spot. That thing above (south of) center is Jupiter's Oval BA, "Red Spot Junior." S&T's Sean Walker took this stacked video image on September 9th at 9:54 UT with a 12.5-inch reflector through poor to fair seeing. He says, "Of particular note is the small red spot following [just right of] Oval BA. It shows up on all of my videos this morning."

Mercury is hidden deep in the glare of sunset.

Venus and Saturn (magnitudes –4.1 and +0.7, respectively) hang low in the west-southwest in evening twilight, far lower left of Arcturus. Venus is the brightest but lowest. Saturn glimmers to Venus's upper left, a little closer every day. The star Spica begins the week just under Venus, then moves away to its lower right. Bring binoculars to help with Saturn and Spica.

The waxing crescent Moon pairs with Venus on the 8th — lovely! — and Saturn on the 9th, as shown at the top of this page.

Mars and Jupiter shine in the east before and during dawn. Jupiter, in Gemini, is the highest and brightest (magnitude –2.1). Look for fainter Mars (magnitude +1.6, in Cancer) increasingly far to Jupiter's lower left. Off to Mars's right or upper right shines Procyon, somewhat brighter. 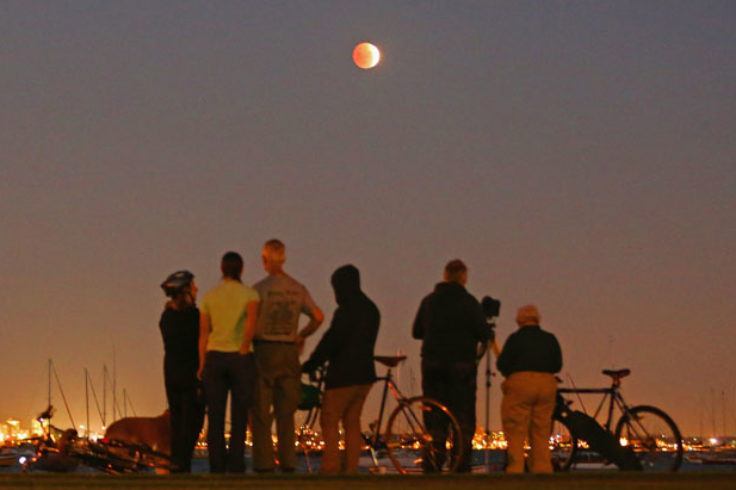 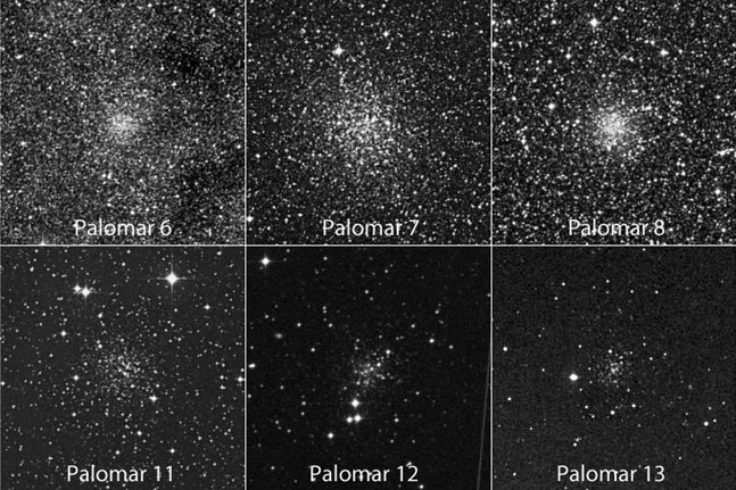 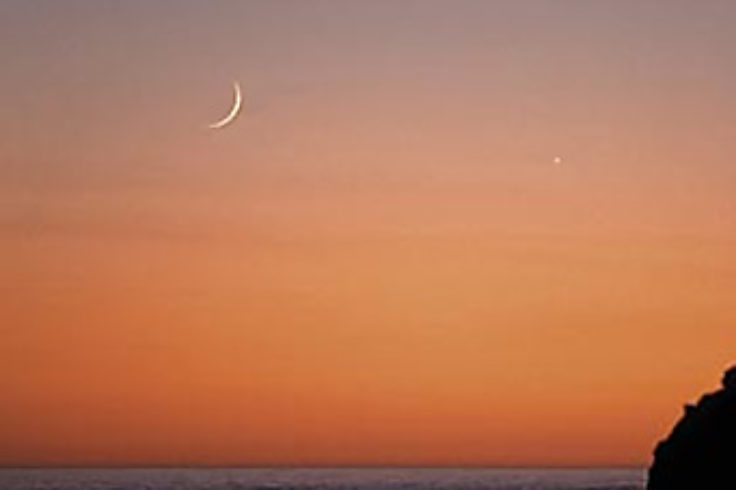