Have you ever tried to catch Sirius actually rising? If you can find a good view down to the east-southeast horizon, watch for Sirius emerging about two fists at arm's length below Orion's Belt. It now rises sometime around 7:30 or 8 p.m. local time, depending on your location. When a star is very low, it tends to twinkle quite slowly and often in vivid colors. Sirius is bright enough to show these effects well.

In early dawn Saturday morning, see if you can spot Saturn and the waning Moon low in the southeast, as shown here. The best time is probably about 60 minutes before sunrise, depending on clouds and atmosphere.

Two deep mutual eclipses happen among Jupiter's moons! Callisto will cast its shadow onto Io from 10:13 to 10:32 p.m. Eastern Standard Time, then it will do so again from from 6:49 to 7:12 a.m. Sunday morning EST (3:49 to 4:12 a.m. Sunday morning PST). At mid-eclipse in both cases, Io should dim by a very noticeable 1.1 magnitude. Compare it carefully with the brightnesseses of Jupiter's other moons.

For the first of these eclipses, Io will appear just to Jupiter's east quite close to Ganymede, which is normally only 0.4 magnitude brighter. Dimmer Callisto will be farther east. The timing is excellent for observers in Europe, though you'll have to go out very late; add 5 hours to the times above to get UT. The timing is fair for North America's East Coast, where Jupiter will be rather low in the east. Westerners miss this one.

For the second eclipse, Jupiter will be high in the dark for the western half of North America. Callisto, Io, and Ganymede will be more evenly spaced east of Jupiter, with Io in the middle.

Shortly after sunset, look for the hairline crescent Moon to the right of Venus (from North America). This is a challenging observation; bring binoculars.

Now the crescent Moon is much easier to see in twilight. Spot Venus below it, as shown here.

Maybe you're familiar with the ET Cluster, NGC 457 in Cassiopeia. But what about its neighbor Sharpless 2-173, a faint nebula containing the weak cluster Mayer 1? Use the Queen's Kite asterism to get there, as Sue French shows in her Deep-Sky Wonders chart and column in the December Sky & Telescope, page 56.

Tiny Mars in twilight glimmers to the left of the increasingly thick crescent Moon, as shown here.

Now Mars is far below the Moon at dusk.

Got a first telescope for Christmas? Know someone who did? Some advice: What to See with Your New Telescope.

This is the time of year when Orion shines in the east-southeast after dinnertime. He's well up now, but his three-star Belt is still nearly vertical. The Belt points up toward Aldebaran and, even higher, the Pleiades. In the other direction, it points down to where bright Sirius is about to rise.

The Moon is almost first-quarter this evening. Look to its upper right after dinnertime for the Great Square of Pegasus again balancing on one corner.

Mercury is buried in the sunset.

Venus (magnitude –3.9) is beginning to show through the glow of sunset. Look for it just above the southwest horizon 20 or 30 minutes after sundown. The farther south you live, the higher it will appear.

Mars (magnitude +1.1, in central Capricornus) still glows in the southwest during and after twilight. And it still sets around 8 p.m.

Jupiter (magnitude –2.4, in western Leo) rises in the east-northeast around 9 p.m. About 45 minutes later, fainter Regulus (magnitude +1.4) rises below it. By dawn they shine in the west-southwest — with Regulus now to Jupiter's upper left.

Saturn (magnitude +0.5, between Libra and Scorpius) glows fairly low in the southeast before and during dawn. Look for it far below Arcturus. Late in the week, use binoculars to start looking for Antares twinkling way under Saturn as dawn grows bright.

Uranus (magnitude 5.8, in Pisces) and Neptune (magnitude 7.9, in Aquarius) are in the south and southwest, respectively, right after dark. Use binoculars or a small telescope and our finder charts for Uranus and Neptune.

"Imagination will often carry us to worlds that never were. But without it we go nowhere."

Beautiful, cold, starry Christmas Eve here in Houston, Tx. I finally got to see bright Venus in the orange glow of the sunset. Spectacular! I think i saw Santa flying near Orion! Merry Christmas to all and to all, a clear night! 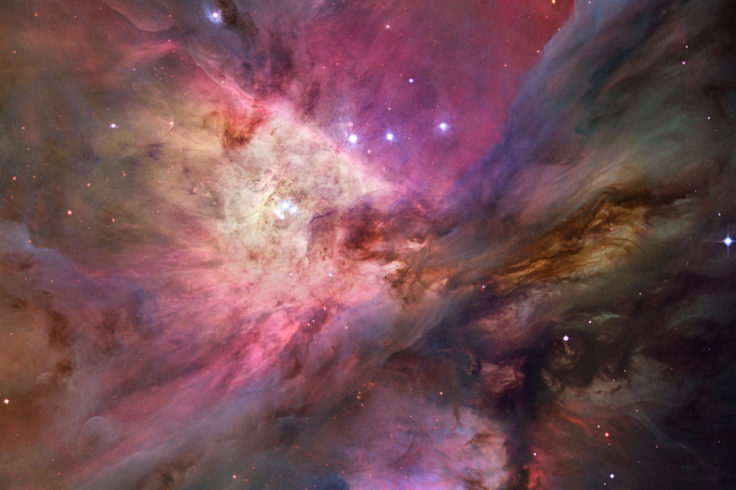 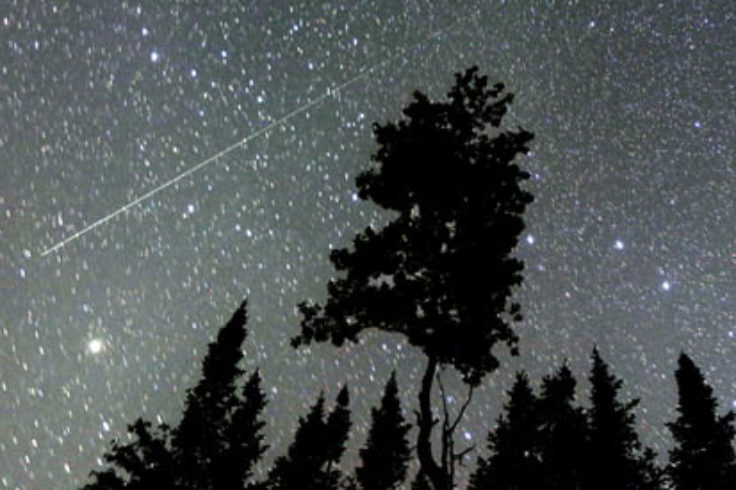