Auroras tonight? And possibly Saturday night? A coronal mass ejection from the Sun hit the Earth around 8 this morning Eastern Daylight Time (12:00 UT), and another arrived a few hours later. They were not as strong as expected, but their effects may continue for more than a day. See our article: Potent Solar Flare — Auroras Friday?. And check for recent photos.

In the southwestern sky at dusk, Antares, Mars, and Saturn now form an almost equally spaced straight line, as shown at right. Mars continues to move east against its starry background. Watch for it to pass ½° north of Delta Scorpii on September 17th and 3° north of Antares on the 27th and 28th.

This evening one of Saturn's moons, 10th-magnitude Rhea, will occult (cover up) a much brighter star, 7.8 magnitude SAO 159034, for much of eastern North America. Details and illustrations are in our article, See Saturn’s Moon Rhea Hide a Star.

How soon after sunset can you make out the big Summer Triangle? Vega, its brightest star, is nearly at the zenith (for skywatchers at mid-northern latitudes). Deneb is the first bright star to Vega's east-northeast. Altair shines less high in the southeast.

If you have a dark sky and a scope that can reach 13th-magnitude galaxies, here's an observing project you've probably never thought of: Steve Gottlieb's "Going Deep" tour of Vorontsov-Velyaminov galaxy pairs now high in the evening sky. See the September Sky & Telescope, page 60, with charts and pictures.

Last-quarter Moon (exactly last-quarter at 10:05 p.m. EDT). The Moon rises around midnight tonight under the horn-tips of Taurus. It stands high in the south over Orion by Tuesday's dawn.

Mars is just ½° above fainter Delta Scorpii after dusk.

Algol in Perseus, the prototype eclipsing variable star, should be at its minimum light, magnitude 3.4 instead of its usual 2.1, for a couple hours centered on 11:06 p.m. Pacific Daylight Time. It takes several additional hours to fade and to rebrighten.

At dawn Saturday morning, Jupiter shines upper left of the waning Moon in the east. How long has it been since you turned your scope on either Jupiter or the waning crescent?

Algol should be at its minimum light again for a couple of hours centered on 10:55 p.m. EDT.

In early dawn on Sunday the 21st, the waning crescent Moon shines far below Jupiter and closer to the right of Regulus.

Mercury (magnitude 0.0) remains quite deep in the sunset. Scan for it with binoculars just above the west-southwest horizon about 20 minutes after sundown. Don't confuse it with twinklier Spica right in the same vicinity. They appear closest together from September 19th to 21st.

Venus (magnitude –3.9) and Jupiter (magnitude –1.9) shine in the east during dawn. They continue moving farther apart each day: Jupiter is moderately high now, but Venus has sunk very low far to Jupiter's lower left. It's still below the horizon an hour before sunrise in the illustration here.

Mars and Saturn (magnitudes +0.7 and +0.6, respectively) glow in the southwest at dusk, moving farther apart day by day. Saturn is the one on the right. To Mars's left is its starry namesake, Antares ("Anti-Mars" in Greek).

Uranus (magnitude 5.7, in Pisces) and Neptune (magnitude 7.8, in Aquarius) are high in the southeast and south, respectively, by 11 or midnight. See our Finder charts for Uranus and Neptune online or in the September Sky & Telescope, page 50.

"Can a computerized telescope replace charts?"

Actually I think it can. Check out Stellarium, install ASCOM drivers for your scope. I believe that this setup can replace your charts although they are still handy to keep around. 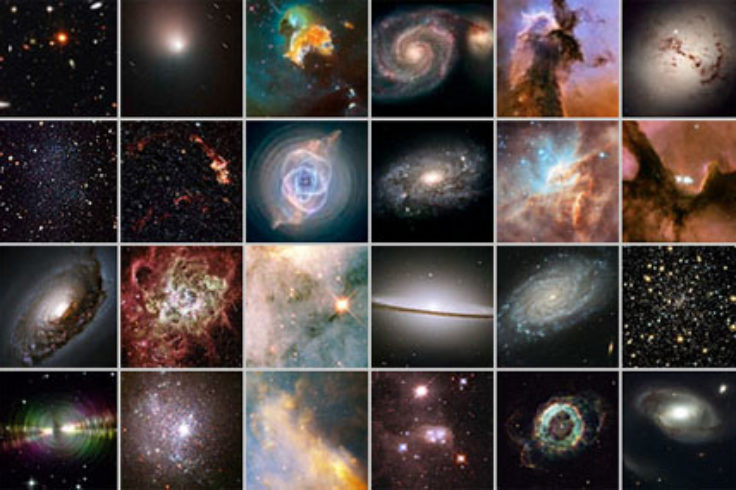 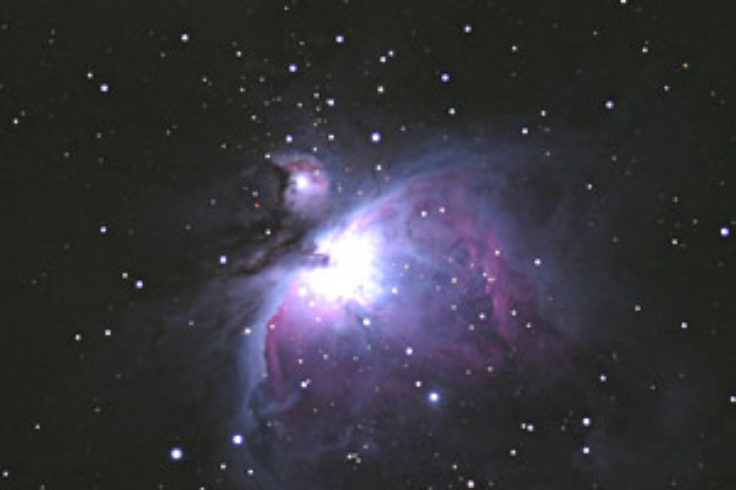 Fuzzies in Your Future:
An Introduction to Deep-Sky Objects