Dominick Rowan, a senior in the Science Research program at Byram Hills High School in New York, helped discover a Jupiter-mass exoplanet in a 6.5-year orbit around its star and calculate the frequency of Jupiter analogs in other systems. His results have been accepted for publication in the Astrophysical Journal. Here, he tells Sky & Telescope how a high school student came to author a professional-level paper.

Although I can’t pinpoint exactly when I became interested in space, my fascination began at a young age. But when I applied to the Science Research program in my freshman year, I wasn’t exactly sure what to study.

This three-year program starts in the sophomore year of high school and allows students to independently pursue a scientific interest, working with a mentor to design and perform research, often at a graduate level. The class puts most of the responsibility on the student while still offering enough support to allow students to complete professional-level research.

After reading an article on finding extrasolar planets, my journey began. Even when my science research teachers tried to persuade me to pursue a topic “closer to home,” I continued to read research articles in astrophysics journals throughout the year.

At the end of my sophomore year, I contacted my mentor and now role model, Stefano Meschiari (University of Texas), who offered me the opportunity to analyze data on more than 1,000 stars collected by the HIRES spectrograph at the Keck Observatory.

HIRES can detect a giant planet’s gravitational tug as it orbits its parent star. Since our study was designed to look for Jupiter analogs around other stars, we needed long series of observations to cover orbital periods up to 15 years. The longest series of spectra spanned 18 years, with some observations taken even before I was born. Because of this requirement, I wasn’t involved in the study’s observations; instead, I analyzed the data.

I began working with the Keck Observatory data in September of my junior year, and most of my work involved developing algorithms to analyze the data. Originally, the primary objective of the study was to detect all of the Jupiter analogs in the Keck survey and calculate how often giant planets with long periods occur. But after identifying HD 32963b, a new Jupiter analog with a period of about 6.5 years, Dr. Meschiari and I worked to pin down the planet’s period and mass as an additional research objective.

Jupiter is a catalyst for the solar system’s structure. By calculating how often stars host a Jupiter-like planet, future studies can evaluate how common (or rare) the solar system is. We detected a total of eight Jupiter-like planets (at Jupiter-like orbits) among more than 1,000 stars, but we also had to assess the chance that we had missed detecting a Jupiter analog. I made these calculations using the R programming language together with the Systemic Console, software Dr. Meschiari had previously developed. I had never learned computer science before, so learning R was the most challenging and time-consuming part of the research for me.

The results of our study, beyond the detection of HD 32963b, show that 3% of stars host a Jupiter-like planet in a Jupiter-like orbit. This value, consistent with previous estimates, acknowledges that Jupiter analogs are relatively rare in the scheme of extrasolar systems. Thus, systems like our own might be scarce.

Dominick Rowan is a senior at Byram Hills High School in New York.

This is important work and an interesting and well-written report. Congratulations, Mr. Rowan, and best wishes in your future endeavors. Keep looking up.

Well done Mr. Rowan! I'm sure we'll be hearing about more discoveries from you in the years to come. It's terrific that you found your life's calling at such a young age. It shouldn't be long before you get job offers from NASA, JPL or perhaps some of the new private ventures like SpaceX. 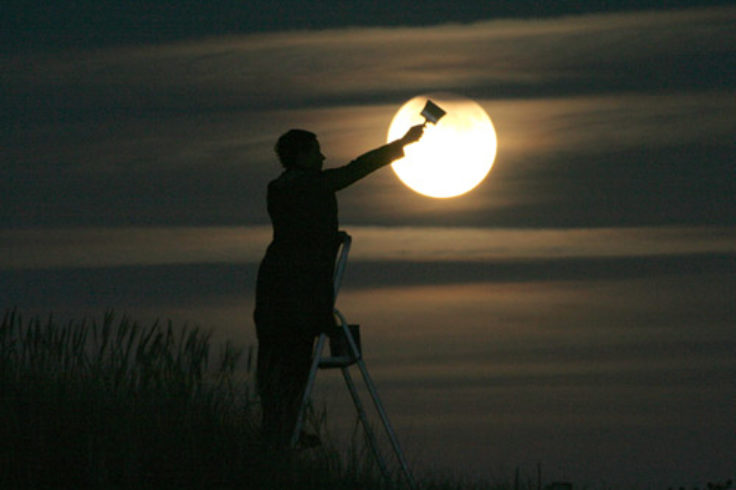