• Just after twilight fades away this week, bright Sirius stands due south on the meridian. Sirius is the bottom star of the equilateral Winter Triangle. The Triangle's other two stars are orange Betelgeuse (Orion's shoulder) to Sirius's upper right, and Procyon to Sirius's upper left.

• In early dawn Saturday morning the 10th, the Moon forms a low, flat triangle with Mars and Saturn, as shown here.

• On the traditional divide between the winter and spring sky lies the dim constellation Cancer. It's between Gemini to its west and Leo to its east. Cancer holds something unique in its middle: the Beehive Star Cluster, M44.

The Beehive shows dimly to the naked eye if you have little or no light pollution. With binoculars it's easy, even under worse conditions. Look for it a little less than halfway from Pollux in Gemini to Regulus in Leo.

And what about the Beehive's binocular and telescopic counterpart M67, just 8° to the south? Find M67 and other intriguing sights in this area with Sue French's Deep-Sky Wonders article, charts, and photos in the March Sky & Telescope, page 54.

• Daylight-saving time starts at 2 a.m. Sunday morning for most of North America.

• At nightfall, the Big Dipper high in the northeast is beginning to tip the left. Look well to its left for Polaris and the Little Dipper. Other than Polaris, all you may see of the Little Dipper through light pollution is the outer two stars of its bowl: Polaris-like Kochab and, below Kochab, fainter Pherkad. (They're about a fist and a half at arm's length lower right of Polaris.) This is the time of year when Kochab and Pherkad line up exactly vertical around the end of twilight.

• After dark, Orion's near-horizontal Belt points to the right toward orange Aldebaran in the west and, farther on, the little Pleiades star cluster subtly glittering. The Pleiades are heading down to a twilight rendezvous with Venus in six weeks. They'll pass closest to Venus for a few nights around April 23rd.

• These evenings Leo strides up the eastern sky, with his brightest star Regulus in his forefoot and the Sickle of Leo extending upper left from there. About two fists lower left of Regulus are the two stars of Leo's tail: Delta Leonis (magnitude 2.5) and, below it, slightly brighter Beta Leonis, or Denebola: the tail tip.

As evening grows late and this scene rises higher, look left of Denebola, by a fist or a little bit more, for the big, dim Coma Berenices star cluster. Its brightest members form an upside-down, tilted Y. It's visible even through some light pollution. If you can't see it naked-eye, binoculars reveal it well, looking rather ragged and more or less filling the field of view.

• With no Moon in the evening sky, this is a fine week to look for the zodiacal light if you live in the mid-northern latitudes — since the ecliptic tilts high upward from the western horizon at nightfall in March. From a clear, clean, dark site, look west at the very end of twilight for a vague but huge, narrow pyramid of pearly light. It's very tall and tilted to the left, aligning along the constellations of the zodiac. What you're seeing is sunlit interplanetary dust, orbiting the Sun near the ecliptic plane.

• Orion tilts westward after dark now. As he turns down further, his three-star belt assumes its horizontal springtime position (seen from mid-northern latitudes). Orion's Belt is vertical when Orion is rising into the evening around Christmastime.

• The sky's biggest asterism (informal star pattern) is the Winter Hexagon. It fills the sky toward the south and west right after dark these evenings. Start with brilliant Sirius in its bottom, nearly south. Going clockwise from there, march upper left through Procyon, then up to Pollux and Castor near the zenith. Then head lower right through Menkalinan to bright Capella, lower left to Aldebaran, farther lower left to Orion's foot Rigel, and back to Sirius.

Betelgeuse shines inside the Hexagon, below center.

• As the turn of spring approaches (spring begins on March 20th this year), watch the low east-northeast for the rise of the "Spring Star," Arcturus. Find the Big Dipper high in the northeast and follow the curve of its handle around down, by a little more than a Dipper-length, to see where Arcturus will be.

Mercury (fading from magnitude –1 to 0 this week) and Venus (much brighter at mag. –4) glow low in evening twilight due west. Look for Mercury to Venus's upper right. All week they remain only about 4° apart.

Mars and Saturn rise in the pre-dawn hours. Both are magnitude +0.6, in Sagittarius. The first glimmers of dawn find them in the south-southeast far left of bright Jupiter, and about half that far left of Mars-colored Antares.

Mars, on the right, is drawing closer to Saturn as seen from Earth's moving point of view. Mars and Saturn appear 12° apart on the morning of March 10th (when the waning Moon stands between them) and 8½° apart by the 17th. They'll pass each other by 1.3° on April 2nd.

Jupiter (magnitude –2.3, in Libra) rises around 11 p.m. standard time, midnight daylight-saving time. It goes on to shine as the brightest point in the early-morning sky. Jupiter is now highest and best for telescopes in the south a good 2½ hours before your local sunrise time.

Uranus sinks away in the west at nightfall.

"Objective reality exists. Facts can often be determined. Vaccines save lives. Carbon dioxide warms the globe. Bacteria evolve to thwart antibiotics, because evolution. Science and reason are not a liberal conspiracy. They are how we determine facts. Civilization's survival depends on our ability, and willingness, to do so."
— Alan MacRobert, your Sky at a Glance editor

Mercury reaches max eastern elongation on the 15th. Because the ecliptic is nearly vertical at the western horizon on March evenings after sunset, March is the best time to catch a glimpse of the illusive planet. For my location, Norway Maine, it will be around 10 degrees high at the end of civil twilight, as good as it gets.

Which comet is flying over 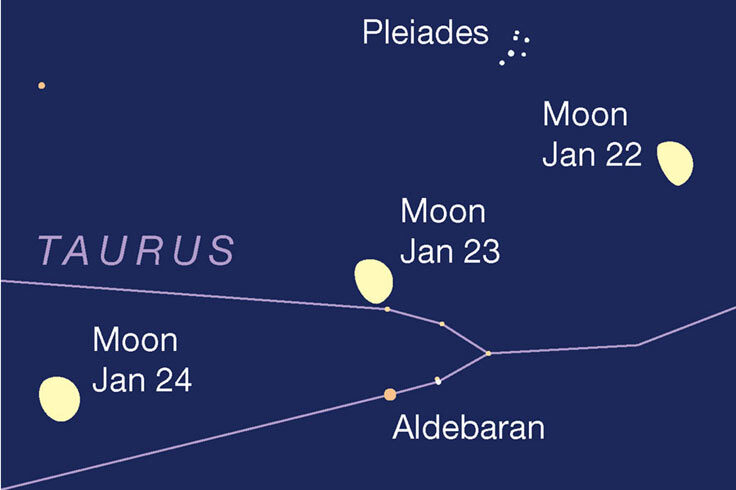 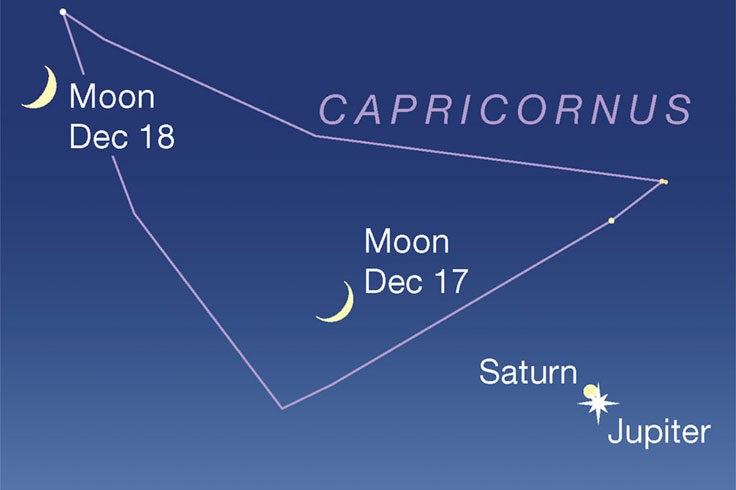