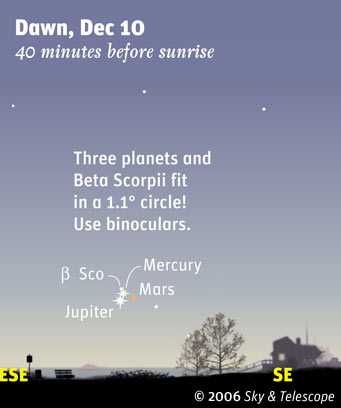 This week Mercury, Jupiter, Mars, and Beta Scorpii are all closing in on each other. Follow them as they draw together toward their grand meetup on the morning of the 10th, shown here. You may need binoculars to see them through the bright glow of dawn.

Set your alarm clocks extra early this weekend to see a rare triple-conjunction involving three of the major planets.

Shortly before dawn on December 9th, Mercury, Mars, and Jupiter form a triangle roughly 2° wide. To see them, look low in the east-southeast horizon. Binoculars will help you see all three members, but a small telescope will add a few additional treats to the scene: Jupiter's Galilean moons and the bright double star-system Beta Scorpii just 19 arcminutes above Jupiter.

The next morning on December 10, the entire grouping gathers even closer, fitting within a 1.1° field. You can catch Beta Scorpii just 9 arcminutes northeast of Mercury. Mars will be about a degree to the right of Mercury and Jupiter, which are about 1/3 of a degree apart from each other.

Photographers hoping to capture the scene should look for a clear, low south-southeast horizon. According to calculations by Steve Albers, this will be the best observable triple-conjunction of the bright planets until 2029, so don't miss it! 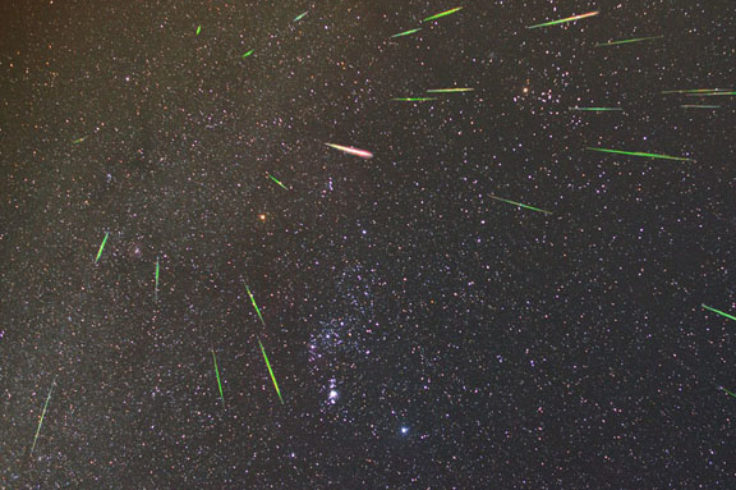