The beginning of fall in 2002 will pose a bit of a quandary for weather announcers and others in the news media. Does it happen on September 22nd or 23rd?

That depends on what time zone you’re in. The September equinox happens at 12:55 a.m. Eastern Daylight Time on the morning of the 23rd. But that’s 11:55 p.m. on the evening of September 22nd in Central Daylight Time. In the Mountain and Pacific time zones, fall also starts on the 22nd (at 10:55 and 9:55 p.m. daylight saving time, respectively).

Why the confusion? Why does fall start at such an odd time? And what is the equinox anyway?

The seasons’ starting times are governed by the Earth’s motion around the Sun — or equivalently, from our point of view, the Sun’s annual motion in Earth’s sky. These cycles go about their business with no regard for our timekeeping convenience. The start of fall (for the Northern Hemisphere) is defined as the moment when the Sun passes over Earth’s equator heading south — a moment called the autumnal equinox. This moment can come at any time of day or night.

For a skywatcher on Earth (at north temperate latitudes), the effect is to make the Sun appear to move higher in the sky each day from December to June, and back down again from June to December. An equinox comes when the Sun is halfway through each journey.

The Sun rises due east and sets due west on the equinoxes in both March and September. At other times of year it comes up and goes down a bit to the north or south. Click on the image to download a publication-quality JPEG (124 kilobytes) by FTP. 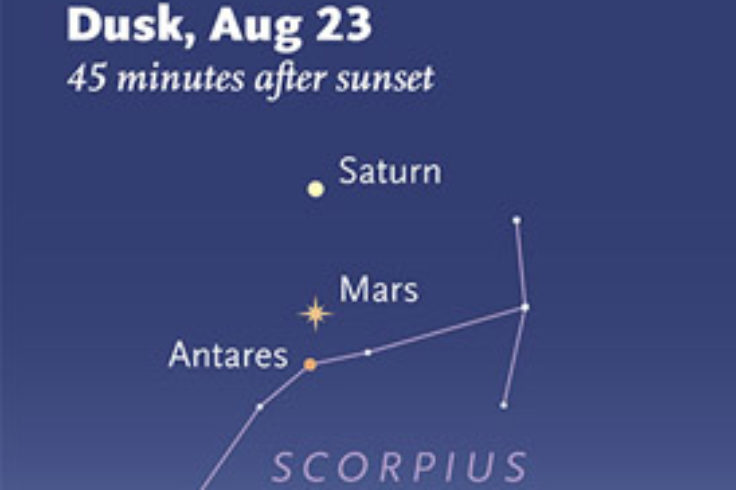 Two Pairs of Planets Perform in the August Twilight