The Perseid meteor shower, an annual celestial event beloved by millions around the world, is already returning to the night sky for 2017. Skywatchers have been seeing a few of the meteors every night since around the beginning of August. The shower is building to a peak that should arrive late this Friday and Saturday nights, the nights of August 11–12 and 12–13.

The later in the night you go out, the more meteors will be hitting the upper atmosphere over your part of the world. "This year the waning gibbous Moon will rise in late evening on the peak nights, and the moonlight in the sky will hide the fainter ones," says Alan MacRobert, a senior editor at Sky & Telescope magazine. "Bright ones, however, will shine right through."

A NASA analysis of all-sky images taken from 2008 to 2013 shows that the Perseids deliver more bright meteors (those that outshine any star) than any other annual meteor shower.

An occasional Perseid may catch your attention early in the evening. But the prime viewing hours are from about 11 p.m. or midnight (local time) until the first light of dawn. This is when the shower’s “radiant,” its perspective point of origin, is high up in your sky. The higher the radiant, the more meteors streak into the Earth's upper atmosphere all over the sky.

To enjoy the Perseids, you need no equipment but your eyes. Find a dark spot with a wide-open view overhead. Bring a reclining lawn chair or a ground cloth so you can lie back and watch the sky in comfort. Bundle up in blankets or a sleeping bag, both for mosquito shielding and for warmth; clear nights can grow surprisingly chilly under the open stars (due to radiational cooling).

Position yourself so neither the Moon nor nearby lights glare into your eyes. “Relax, be patient, and let your eyes adapt to the dark,” says MacRobert. “Even with the moonlight, you’ll probably see a ‘shooting star’ every minute or two on average.”

When you see a meteor, track its path backward. If you eventually come to the constellation Perseus — which climbs the northeastern sky as the night progresses — then a Perseid is what you’ve just witnessed.

Occasionally you may spot an interloper. The weaker Delta Aquariid and Kappa Cygnid showers are also active during Perseid season, and there are always a few random “sporadic” meteors. All of these track back to other parts of the sky.

Meteors are caused by tiny, sand- to pea-size bits of dusty debris streaking into the top of Earth's atmosphere about 130 km (80 miles) up. Each Perseid particle zips in at 60 km (37 miles) per second, creating a quick, white-hot streak of superheated air. Grape Nuts cereal nuggets are a close match to the estimated size, color, and texture of typical meteor-shower particles.

These particular bits were shed long ago by Comet Swift-Tuttle. They are now distributed all along the comet’s orbit around the Sun. Earth passes through this tenuous "river of rubble" every year in mid-August. 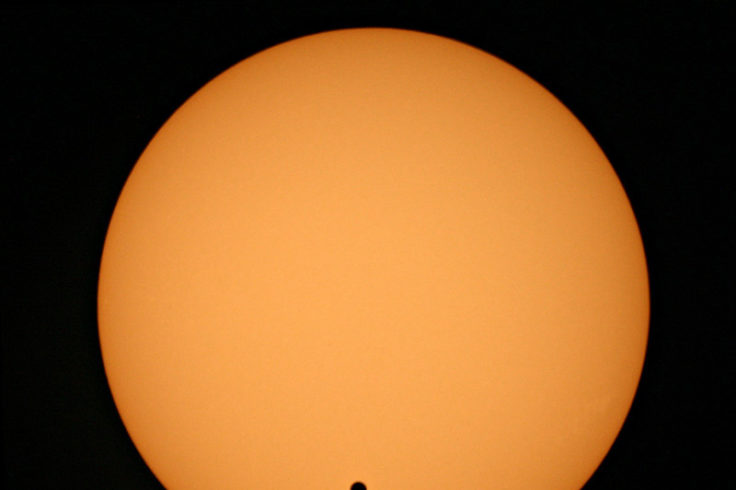 Press Release Images for the June 5-6 Transit of Venus 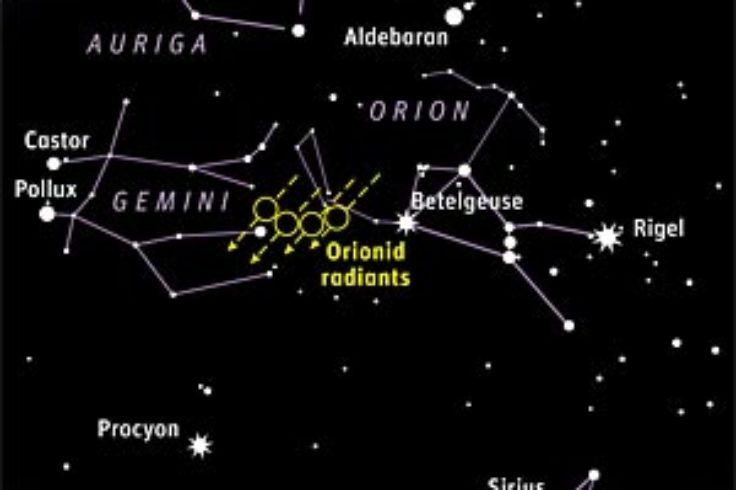