Leif J. Robinson, who served for 20 years as Editor in Chief of Sky & Telescope magazine, passed away Sunday at the age of 71 at his home in Costa Rica. 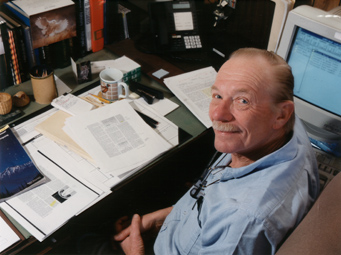 Robinson worked 38 years on the staff of Sky & Telescope and served as Editor in Chief from 1980 to 2000. Sky & Telescope is a monthly magazine based in Cambridge, Massachusetts. First published in November 1941, the magazine is approaching its 70th anniversary, and it remains the world’s most influential popular magazine about astronomy.

“Leif was a towering figure in the history of Sky & Telescope, and he tirelessly promoted the capabilities and achievements of amateur astronomers,” says current S&T Editor in Chief Robert Naeye. “During his tenure, S&T’s circulation grew significantly, and the magazine’s stature grew by leaps and bounds in the amateur and professional communities.”

“Every one of us who worked with Leif was inspired by his strong leadership, which emphasized journalistic and ethical principles of accuracy and integrity. These core values continue to guide everything we do at S&T,” adds Senior Editor Dennis di Cicco, who worked with Robinson at S&T for more than 25 years and remained in close contact after his retirement. 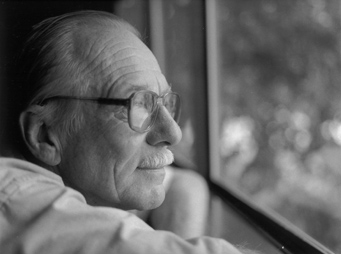 Leif in his S&T office.

Robinson was born May 21, 1939, in Connecticut. He moved to Southern California in 1954 and became an active member in the Los Angeles Astronomical Society. Shortly thereafter he began writing articles for Sky & Telescope about lunar cartography.

While visiting his grandparents in Connecticut in 1962, he received a telegram offering him a job at S&T. Robinson initially planned to reject his offer so he could complete his studies at UCLA. But he decided to accept it after talking with S&T office staffer Caroline Nason, whom he would later marry. Robinson held several editorial positions until 1980, when he was named S&T’s third Editor in Chief following the sudden death of Joseph Ashbrook.

During his 38-year tenure on the editorial staff, Robinson became a champion of professional-amateur collaborations. S&T’s tradition of promoting such partnerships continues to this day. Seeing the potential of rapidly evolving digital technology in the 1980s, Robinson lobbied professionals to take amateur observations seriously, an effort that has been amply rewarded with major amateur contributions in many different fields, from discovering asteroids, comets, and supernovae to hunting for and characterizing planets around other stars. “I was one of the few people to walk in both communities with equal facility,” said Robinson. “I could relate CCD cameras to the amateur and I could relate science to the amateur.” 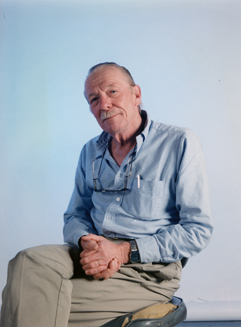 Robinson officially retired on December 31, 2000. But he remained active until the very end of his life. He wrote the popular “50 & 25 Years Ago” column for Sky & Telescope, and he continued to give talks to general audiences and amateur astronomers. From 2001 to 2005 he served on the Board of Directors of the Astronomical Society of the Pacific. Besides his career at S&T, Robinson was a world-class birdwatcher, and he authored the book Outdoor Optics.

“Today is a day of mourning at S&T, but we are also celebrating his life and contributions. Leif’s legacy will always remain a part of who we are and what we do,” says S&T Senior Editor Alan MacRobert, who worked with Robinson for 18 years.

For publication-quality photos, click on the images here or on these links: