After weeks of gliding closer together in the evening sky, Venus and Jupiter, the brightest celestial objects after the Sun and Moon, will be dramatically close together in the western sky after sunset on Tuesday, June 30th. According to Sky & Telescope magazine, as seen from North America, the two planets will be just 1⁄3° apart — so close together that you'll be able to cover them both with the tip of an outstretched little finger.

"To the eye they'll look like a double star," says S&T Senior Editor Kelly Beatty. "Anyone who hasn't glanced at the evening sky for a while will be surprised by how dramatically tight the pairing is." The two planets spend eight evenings, from June 27th through July 4th, within 2° of each other (about a thumb's width at arm's length). Not far to their upper left, appearing much fainter, is Regulus, the alpha star in the constellation Leo.

Astronomers refer to such a celestial convergence as a conjunction. Close pairings of Venus and Jupiter are not particularly rare, however. They appeared slightly closer together (though not as high up) before dawn on August 18, 2014, and they'll be separated by about 1° before dawn on the morning of October 26th. During a remarkable conjunction on May 17, 2000, Venus and Jupiter were just 0.01° apart (but too near the Sun to be seen). Next year, on August 27th, they'll dazzle again during an evening conjunction with a separation of just 0.1°.

"Planetary conjunctions have no effect on Earth or human affairs," notes Sky & Telescope Senior Editor Alan MacRobert. "But they can draw attention away from our own little world and into the enormous things beyond. In fact, a spectacular conjunction like this often gets people started in amateur astronomy."

At the beginning of June, the two planets were 20° apart in the sky, about twice the width of your fist held at arm's length. Week by week, Jupiter and the stars behind it have gradually slipped lower in the evening twilight. But Venus, due to its rapid orbital motion around the Sun, has stayed high up. The resulting slow-motion convergence put them 6° last week, when a thin crescent Moon joined the scene, and set the stage for Tuesday's culmination.

Although the two planets appear very near one another in the sky, they're actually not. Venus is 58 million miles (77 million km) from Earth, and Jupiter is 12 times farther out at 565 million miles (909 million km).

The pairing on June 30th is so tight that a small backyard telescope will show both planets in the same field of view, with Venus appearing as a brilliant, fat crescent and Jupiter accompanied by its four largest moons. Telescopically, the two planets will appear identical in size — a coincidental illusion because Jupiter, though much farther away, is enormously larger than Venus. The two globes will contrast dramatically in brightness, with Venus's crescent appearing dazzlingly white compared to Jupiter's duller, striped cloud deck.

Sky & Telescope Contributing Editor Fred Schaaf points out that this current trio of Venus-Jupiter conjunctions closely resembles a similar series in 3-2 BC that has been suggested as the Star of Bethlehem. "As has been the case in 2014–15," Schaaf explains, "the first two conjunctions back then were extremely close, the last one separated by about 1°, all three occurred not far from Regulus, and all were similarly high up in the sky."

For skywatching information and astronomy news, visit SkyandTelescope.com or pick up Sky & Telescope, the essential guide to astronomy, with subscribers in more than 100 nations. Sky & Telescope and SkyandTelescope.com are divisions of F+W, a content + ecommerce company. F+W also publishes two annuals (SkyWatch and Beautiful Universe) as well as books, star atlases, posters, prints, globes, apps, and other fine astronomy products. 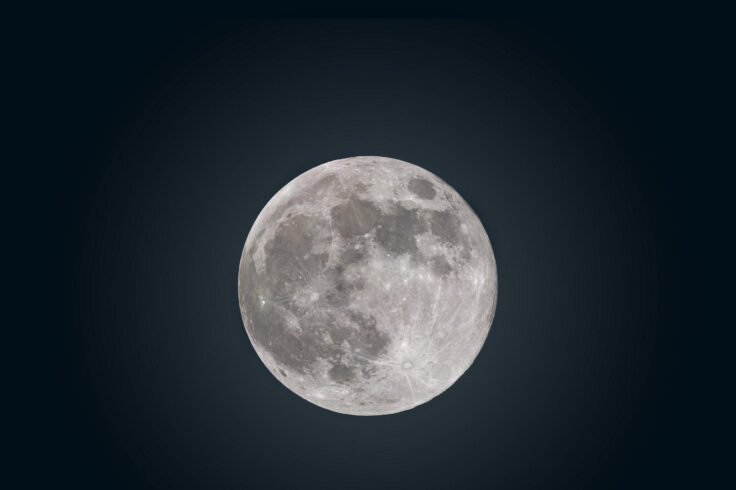 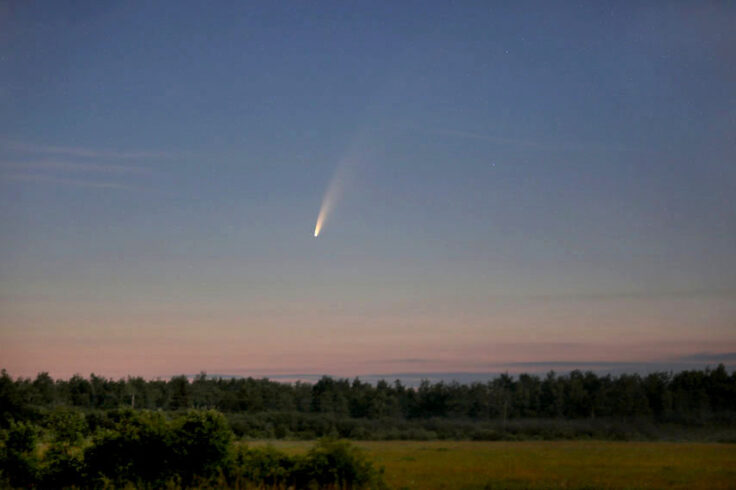 A Bright New Visitor: How to Spot Comet NEOWISE