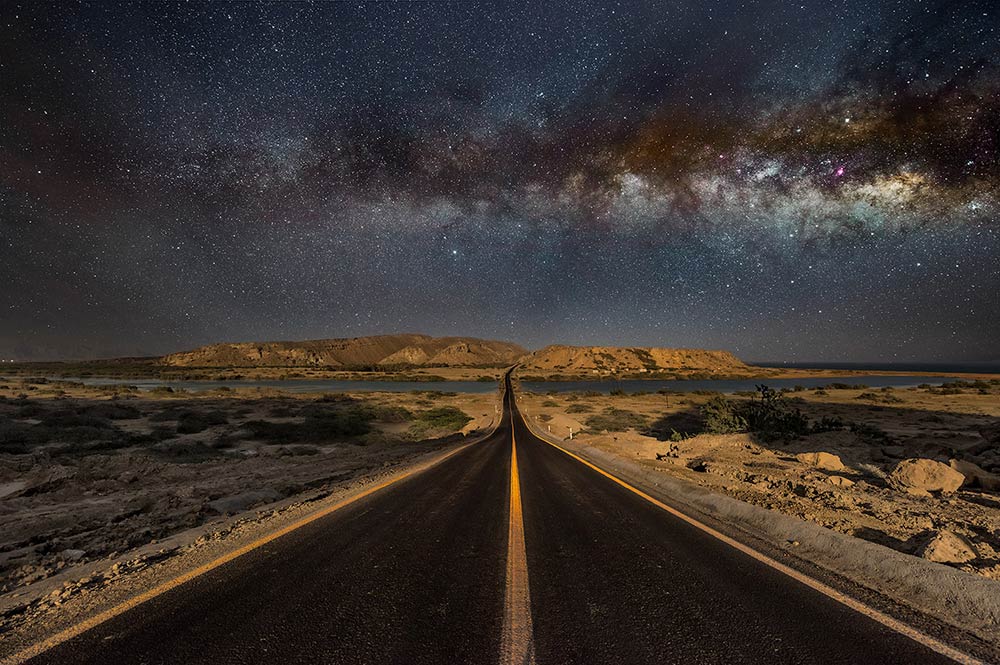 This has been a year rocked by a global pandemic that has left its mark on nearly every aspect of society. Wildfires, social unrest, and loss have only added to our sense of struggle. Yet it has also been a year of celestial wonders, astronomical discoveries, and space successes. We look back at 13 of the biggest stories this year.

We can’t talk about 2020 without featuring the COVID-19 pandemic, which affected astronomy as it did everything else. Telescopes worldwide shuttered their domes, some briefly — like those on Mauna Kea, Hawai‘i — and others for longer time periods. The SOFIA airborne observatory was grounded for several months but is now flying once again. The Atacama Large Millimeter/submillimeter Array (ALMA) in Chile, however, won’t come back online until 2021.

At the same time, the isolation and downtime enforced by the pandemic enabled many to delve deeper into their fascination and passion for the night sky, as evidenced by an unprecedented surge in telescope sales. Everything from beginner scopes to advanced astrophotography equipment continues to fly off the shelves.

Those new telescopes must have come in handy for the Great Conjunction of 2020, the meeting of Jupiter and Saturn in the sky, separated by just 0.1° (well, that and 724 million km). This is the closest the two have come in the sky since 1623, and even that pairing was quite close to the Sun; no observational records exist. Telescopes are now more widespread than in the 17th century, so many saw both giant planets through a single eyepiece — a stunning view!

The Collapse of Arecibo

The most heartbreaking astronomical loss of 2020 was the collapse of the Arecibo 305-meter (1,000-foot) radio telescope. The enormous dish, featured in the films Contact and GoldenEye, played a real and vital role in planetary defense and in community inspiration in Puerto Rico. When a cable snapped in August, engineers thought the 57-year-old telescope could be repaired. Replacement cables were on order when a second cable snapped in November and brought those hopes to an end. The subsequent collapse of the suspended receiver platform ended even the prospect for a controlled dismantling.

Nevertheless, Arecibo Observatory is not closing. Its much smaller 12-meter radio dish and the LIDAR facilities used to investigate Earth’s atmosphere will continue operations, and needed repairs are in progress.

A Bounty of Sample Returns

Meanwhile, ongoing space missions have carried on even as ground-based teams operated in altered conditions. As a result, we saw a triad of successful sampling missions.

It started in October with NASA’s OSIRIS-REX mission, which successfully collected and stowed an overabundance of regolith from asteroid 101955 Bennu. That sample arrives back on Earth in 2023. Then China launched its ambitious Chang’e 5 mission, which returned bearing pieces of the Moon within a month. And just before Chang’e 5’s capsule came back, so too did the sample-return from Hayabusa 2. That mission’s capsule carried grains and gas from asteroid 162173 Ryugu.

The LIGO and Virgo gravitational-wave collaborations have released their newest catalog of mergers, including one collision between neutron stars and a bevy of black hole cataclysms. Some of the results came out piecemeal throughout the year, including the most massive merger yet and a meeting of mismatched black holes. Perhaps most significantly, the catalog as a whole points to a population of black holes far more massive than we had expected, with implications for star formation and black hole evolution.

The “Fainting” of Betelgeuse

Everyone’s favorite red supergiant threw a tantrum early on this year. Such stars are not stable, and Betelgeuse has regular cycles of brightening and fading. But in December 2019, it began dimming an unprecedented amount, waning to a magnitude of 1.6 before finally turning things around in February. The mysterious behavior still has astronomers scratching their heads. They continue to monitor the star as they consider whether it dimmed due to a sudden outburst of material or because part of the star temporarily cooled.

The brief but powerful radio flashes known as fast radio bursts (FRBs) have been an enigma since their discovery in 2007. But this year, astronomers observed a signal characteristic of FRBs coming from a magnetar — an extremely magnetized neutron star — within our own galaxy. That observation has completely changed the field. While there are mysteries still to be solved — such as why some of them repeat while others appear not to — the galactic magnetar will help show astronomers the way.

Unprecedented wildfires engulfed the West Coast in late summer and early fall this year. In addition to the dangers that the fire and smoke posed to human life, the wildfires also threatened historic observatories. Firefighters’ heroic efforts saved first Lick Observatory and then Mount Wilson Observatory from the flames.

The Hidden Hill Observatory, an amateur facility run by the Tri-Valley Astronomers club, was not so lucky — it burned to the ground. Nevertheless, hope remains: The community has chipped in in a big way to donate funds and equipment for rebuilding.

Comet NEOWISE: A Delight at Dawn and Dusk

It’s been awhile since we’ve had a naked-eye comet, and amid troubling times, nature provided this past summer with Comet NEOWISE. First visible in the dawn hours, then increasingly higher in the dusk hours, the comet drew viewers of all ages and abilities. Binoculars drew out fantastic detail in the comet’s arcing tail. And photographers had tremendous fun framing the comet among city lights, wild landscapes, or fields of stars. (See some of these views in our online Gallery.)

Astrobiology grabbed headlines in a big way this fall as astronomers announced the detection of the molecule phosphine within the atmosphere of Venus. Phosphine may be a microbe byproduct, if it’s not the leftovers of some unexpected abiotic chemistry, and it became part of internet memes overnight. However, further examination of the data turned up problems with its calibration, and the signal ended up being downgraded from a bona fide detection to a promising hint. Verification awaits further observations from the ALMA observatory, which should come back online this spring.

The bright apparition of Mars in our skies this fall inspired many of us to drag out our telescopes for an attempt to see the surface features of our neighbor planet. This opposition marked the brightest and biggest appearance until September 2035. Meanwhile, space agencies in the U.S., the United Arab Emirates, and China took the opportunity of opposition to send three missions to the Red Planet, named respectively Perseverance, Hope, and Tianwen 1 (“Heavenly Questions” in Chinese). The missions will arrive in the spring of 2021.

Three researchers — physics polymath Roger Penrose and astronomers Reinhard Genzel and Andrea Ghez — have helped revolutionize our knowledge of black holes, and this year they received the Nobel Prize in Physics for their efforts. While Penrose demonstrated mathematically that black holes are inevitable and developed ideas critical to our understanding of how they work, Genzel and Ghez undertook decades of observations of the stars orbiting the invisible 4 million-solar-mass behemoth in the center of our galaxy. The stars’ motions provide compelling evidence of the black hole’s existence and also enable scientists to explore how gravity works in an extreme setting.

The European Space Agency’s Gaia mission released its best Milky Way map yet just a couple weeks ago, improving the precision of stars’ coordinates, distances, and velocities. The previous data release already charted our galaxy’s motions and history, revealing its rotation and its past collisions with other galaxies. The new data set will undoubtedly provide an even deeper view of the Milky Way.