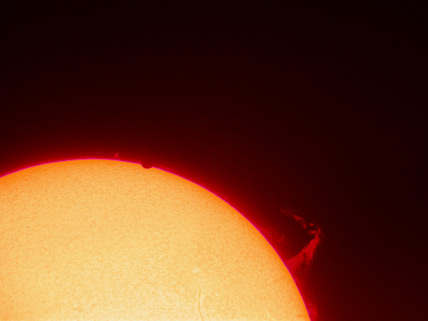 Observed with high-powered optics, digital detectors, and hydrogen-alpha filters, this Venus transit truly was like no other. These images emphasize the point. Above is how Venus looked in hydrogen-alpha light. H-alpha observers worldwide reported seeing Venus against the disk of the Sun for minutes longer than people observing in white light, as they were watching the disk pass beyond the Sun's chromosphere (which extends beyond the visible limb of the Sun) rather than the photosphere. This image by Eric Girardin, shot near Geneva, Switzerland, with a 10-centimeter refractor, illustrates one of countless H-alpha views. Notice the large prominence that seemed to greet Venus as it first crossed the Sun's disk. The finger of plasma quickly faded after the shot was taken.

Below is another example of the stunning images that the digital age provides. As the Sun's light refracted around the atmosphere of our sister planet, it created a ring of light visible to most observers with good optics and good seeing. Here Lorenzo Comolli shows the phenomenon at ingress observing near Milan, Italy, with a 20-centimeter Schmidt-Cassegrain telescope. 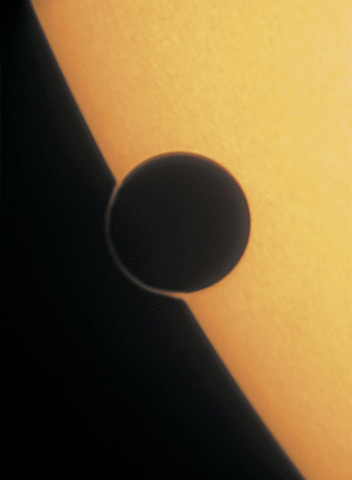 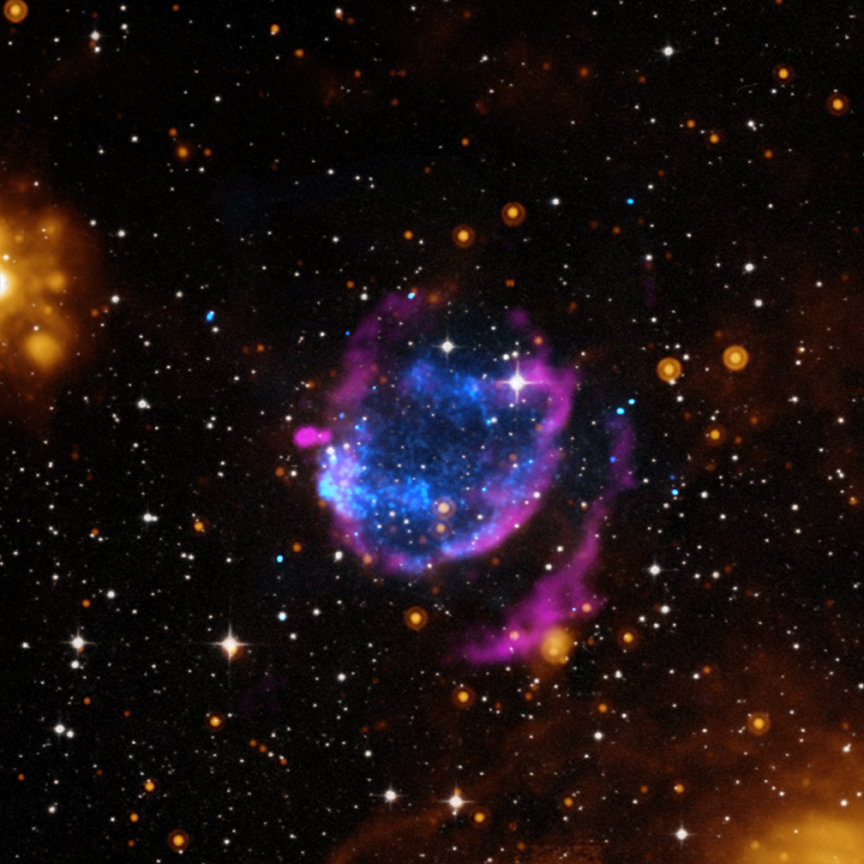