The close pass of near-Earth asteroid 2012 TC4 this week will give NASA a chance to test planetary defense coordination.

This asteroid has a unique history. Discovered by the PanSTARRS 1 telescope on Maui's Haleakala, 2012 TC4 passed 94,960 km 59,000 miles) from Earth on October 12, 2012, eight days after its discovery. At that time dynamicists showed increased interest in the Earth-crossing asteroid when they realized it could pass just under three Earth radii from us this week.

More observations often make for a better refinement for an asteroid's orbit, and 2012 TC4 was recovered by the European Southern Observatory's Very Large Telescope earlier this year on July 27th, at the extraordinarily faint magnitude 27. The asteroid was 0.4 astronomical unit (37 million miles or 60 million km) away at the time of recovery, and this week's close pass marks the first documented case of an asteroid passing us closer than the Earth-Moon distance twice.

For perspective, the 31,160-mile pass on Thursday is roughly 13% of the Earth-Moon distance and not quite 50% farther than the ring of geosynchronous satellites around the Earth.

The pass is close enough that Earth's gravity will modify the orbit of 2012 TC4, which goes around the Sun once every 609 days, and perhaps its spin rate. It's also a fairly fast tumbler: Observers know from analyzing its light curve that it spins once every 12.2 minutes. This is typical for small space rocks, but the rapidity record goes to 2014 RC, which spins at a dizzying once every 16 seconds.

Usually, we only see smaller asteroids such as 2012 TC4 shortly before closest approach. Some, like the Chelyabinsk meteor that slammed into the atmosphere over Russia on February 15, 2013, approach Earth from our sunward blind spot (recall that we were all watching the Valentine's Day passage of asteroid 2012 DA14 just the night before) and strike with no warning at all.

2012 TC4 will also pass 278,000 km (173,000 miles) from the Moon just 13½ hours after its closest approach to Earth. A NASA bulletin from the ongoing 2012 TC4 Observing Campaign out last month states that a “new orbit solution precludes a possible impact in 2050.” The next future close pass for 2012 TC4 is on December 1, 2079, at about 1 million km distant. Of course, expect refinements in the orbit of 2012 TC4 made from observations during this week's pass to narrow down these future parameters a bit more.

“Scientists have always appreciated knowing when an asteroid will make a close approach to and safely pass the Earth because they can make preparations to collect data to characterize and learn as much as possible about it,” says Michael Kelley (NASA Headquarters) in a recent press release. “This time we are adding another layer of effort, using this asteroid flyby to test the worldwide asteroid detection and tracking network.”

Even at its closest approach, 2012 TC4 will shine at only magnitude 12 to 13, meaning you'll need a telescope with at least an 8-inch aperture and dark skies to see it. The Moon also reaches last quarter phase on October 12th, and the best viewing prospects for North America come the evening prior on October 11th, as 2012 TC4 glides southward through the constellations Capricornus, Microscopium and Sagittarius. But at 10:00 p.m. EDT (2:00 UT on the 12th) 2012 TC4 will still be 103,000 km distant, shining at around 15th magnitude. South American observers get the very best view, as 2012 TC4 heads sunward in the predawn hours of October 12th.

At its closest approach, 2012 TC4 will move across the sky at a whopping 1° every 4 minutes, fast enough to see it move in real time at the eyepiece. Such a close pass will also show a large amount of parallax shift, about 15° from pole-to-pole. Although planetarium programs take this into account, they usually don't incorporate the deflection of such a close pass due to Earth's gravity. Your best bet for nabbing 2012 TC4 is to use the JPL Horizons web-interface to generate an ephemeris for your specific location.

And though it's a frequent visitor to Earth's neighborhood, 2012 TC4 isn't a great candidate for some future asteroid-retrieval mission (ARM), due to its relatively high velocity compared to Earth. For example, Osiris-REX, which made a gravity assist past Earth on September 22nd headed for asteroid 101955 Bennu, requires a "delta V" of only 1.4 km/s for rendezvous and Earth return.

Excellent article! I noticed the following, which I think is no longer valid:
"But at 10:00 p.m. EDT (2:00 UT on the 12th) 2012 TC4 will still be 103,000 km distant, shining at around 15th magnitude"
I just ran NASA's HORIZONS ephemeride and it is showing an apparent magnitude of 13.09 for 2:00 UT on the 12th (Oct. 11th, 10:00 p.m. EDT); this should make it a much easier (albeit fast moving!) target to detect. The parallax is such that an ephemeride generated for your specific observing location is a must; the NASA site was very easy to use; generated a one minute interval ephemeride in a matter of seconds - awesome. Clear skies everyone!

Thanks.... that's encouraging, we'll need all of the magnitude that we can get to catch this one.
Good luck!
- Dave Dickinson

I whole-heartedly agree. I know they're just doing their jobs for us taxpayers, but that's the spiffiest and most useful web app I've seen in ages. Mega-kudos to all who did the nitty-gritty calculations and coding to make it work.

Did anyone else notice that you can even specify your location as being anywhere on Mars?!?

Whilst I AM in the South Pacific (NZ), the weather will just not oblige.
Overcast skies for the last week (and steady rain since yesterday... even right at this moment!).
AND it's not likely to improve.
Expect ESO in the Atacama to have serious crack at it, not withstanding.

Good luck to all the tryers out there!

I would opine that for imaging purposes this object is out of reach for anyone without a 'pro' mount which can both drive in declination and has an adjustable right ascension rate.

With my DSLR and a 200mm f/2.8 telephoto lens I can get stationary objects (like stars or slower moving asteroids) to 14th magnitude or a little fainter in a 30 second exposure using a simple equatorial mount (VISNS.NeoCities.org).

The ephemeris I generated showed 2012 TC4 maxing out at a little brighter than mag 13, but even at such a small image scale (~6 arc-seconds/pixel) it moves more than a pixel *per second* (1 2/3, to be exact) then. In a 3 second exposure it would move ~5 pixels, which is more than the ~3-4 pixel diameter of faint stars I get with best focus, and thus would start to "trail out". Such a short exposure costs 2½ magnitudes relative to a 30 second exposure and puts my faint limit brighter than mag 12.

A 300mm f/2.8 lens would buy one about a magnitude more in aperture, but might still fall short, even ignoring the 50% larger scale requiring an even shorter exposure. This is all the more so for those of us at northern latitudes: 2012 TC4's maximum brightness occurs at an airmass >2½ when it's not far off the local meridian in the US and Canada, which means an atmospheric extinction cost of at least another ~0.3 mags relative to a more optimal placement higher in the sky.

If only it was farther away -- or aimed more directly at us!

Clear skies to all those using an eyeball detector.

That makes sense, but I tried this evening anyway with my modified Canon T2i (550D), 200mm f4.0 lens and an iOptron SkyTracker Pro out here by the McDonald Observatory in Texas; no luck. I ran exposures out to 4 minutes and detected stars as faint as 14.5 magnitude, but no trail detected. Your "trail out" scenario seems to be spot on. Oh well, better luck next time!

It being the baseball playoff season, maybe if NASA had enough time to prepare, they could launch and inflate a giant catcher's mitt to catch this asteroid as it sails past the Earth.. 🙂 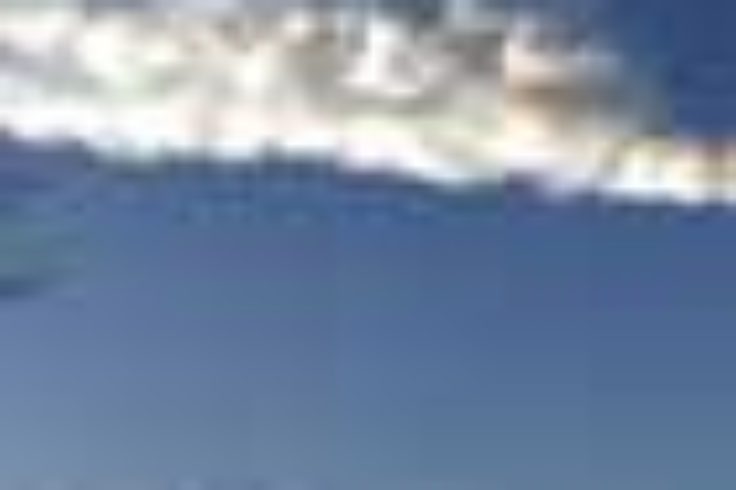 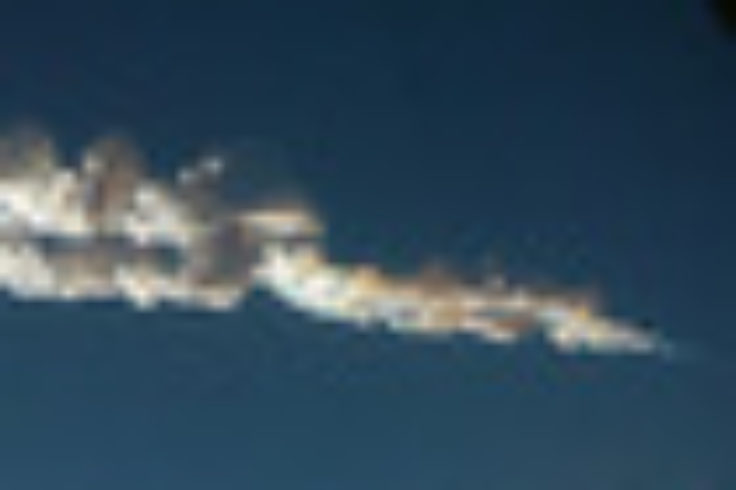