The dark ways of Algol, the Demon Star, and what it can teach us about stellar evolution.

What if I told you that you could stand in your front yard and watch one star eclipse another 93 light-years away from Earth with nothing but your eyeballs? As improbable as it sounds, this sight is within easy reach of northern hemisphere skywatchers once or twice a month throughout fall and winter.

Algol, nicknamed the Demon Star, resides in the constellation Perseus directly below the "W" of Cassiopeia. The name derives from Arabic "Al-Ghul," (ghoul) and may hint at its then-mysterious habit of fading away and returning to normal brightness in a matter of hours. We now understand that this evil-spirited behavior can be blamed on Algol B, its dimmer companion star. Every 2.87 days, Algol B partially eclipses the hotter and brighter Algol A. Astronomers refer to this pair as an eclipsing binary.

During eclipse, Algol fades from magnitude +2.1 (as bright as one of the Big Dipper stars) to +3.4, then returns to its original brightness. The change is dramatic, looking as if the star might disappear altogether. But as surely as the Moon releases its hold on the Sun during a solar eclipse, Algol A and B dance about their center of gravity until the primary star returns to its previous brightness. The entire cycle takes about ten hours.

Over the next week, North American observers will have a pair of opportunities to watch this ballet of suns.

On Saturday evening, November 22, 2014, Algol reaches minimum brightness around 10:50 p.m. (CST), presenting a fine opportunity to catch the downward half of its cycle from maximum to minimum brightness. Then on Tuesday, November 25th, Algol bottoms out again, this time at 7:39 p.m. (CST). In the eastern half of the country, Algol becomes visible at the end of twilight near minimum and spends the rest of the evening rising back to maximum. West Coast observers will be able to see nearly an entire cycle, assuming they're patient enough!

The next easily observed Algol eclipse series will occur on December 13, 15 and 18, 2014. No matter where you live, you can find out when the next eclipse occurs by visiting the Sky and Telescope Minima of Algol site. It automatically detects your time zone, so all you have to do is press the "Initialize to Today" button for a list. How easy is that?

The Algol system is three-star system: Algol A, a hot, brilliant B-class star; its eclipse buddy, Algol B, a larger though fainter, orange subgiant; and Algol C, a much fainter star that orbits the AB pair every 1.86 years. Because the orbit of the two stars lies in Earth's line of sight, B glides over A like clockwork every 2 days, 20 hours and 49 minutes. Between the deep "primary" eclipses, there's a smaller dip of 1/10 magnitude when the bright star partially eclipses its companion.

To witness an eclipse, you don't have to spend ten hours in the cold. Algol remains at or near minimum for about two hours centered on the time of mid-eclipse. That means you can catch it near maximum about two hours before or after the time of minimum. For many amateurs, that's a typical observing session at the telescope, but there's an even easier way. Just step outside and note Algol's brightness at or well before minimum. Return a couple hours later for another look. I think you'll be amazed at the difference.

Although Algol's variability may have been noticed by earlier generations of skywatchers, it was formally discovered in 1667 by the Italian astronomer Geminiano Montanari. It took another 115 years for anyone to notice its regular cycle. The young English observer, John Goodricke, working closely with his neighbor Edward Pigott, discovered Algol's steady heartbeat in 1782-83.

Here's Goodricke's first impression of the star, penned in his journal on November 12, 1782, when he was only 18 years old: "This night I looked at Beta Persei (Algol) and was much amazed to find its brightness altered... I observed it diligently for about an hour — I hardly believed that it changed its brightness because I never heard of any star varying so quickly in its brightness."

You'd think that after nearly 350 years of observation we'd know everything there is to know about the Algol system. Not quite. The more massive a star, the shorter its lifetime. Massive stars burn hotter and devour their fuel faster, evolving into giant stars.

Algol A, the primary star, is 3.7 times more massive than the Sun, while lightweight Algol B boasts only a mass of 0.81 solar. Yet as stars go, the primary is youthful, while its less massive companion is far older and more evolved. Astronomers call this the "Algol Paradox". The only good explanation for the disparity is that the companion star has somehow lost mass. Where did it go?

The culprit appears to be Algol. The two stars orbit each other very closely, separated by only 4.65 million miles (7,484 million km). That's just 5% of the distance between Earth and Sun. Careful study of the stars' spectra reveal that the gravitational might of the more massive star draws a stream of matter from its hapless companion. The brighter Algol puts on pounds at Algol B's expense.

One might see a moral tale here of the mighty growing more powerful at the expense of the little guy. Sure, why not? But if that's the case, then every 2.87 days Algol gets its comeuppance when the little guy steps into the limelight and eclipses his captor.

It's remarkable how much we can see in a point of light on a dark night. Everything from eclipsing stars, to a young man's passion, to the battle of aging as played out by the stars. Next time, Algol winks at you, you can give it a knowing wink back.

What might have been --in a slightly different universe:
Algol is a clock. Imagine if the events of the eclipses of Algol were just a little sharper, let's say time-able to within 30 seconds, and imagine if the magnitude change was moderately greater, maybe 3 magnitudes instead of 1.3 --something that an average observer could easily observe. In other words, imagine a somewhat "better" eclipsing binary star relatively near the Earth. Then that "clockwork" motion described in the article could have served as an actual clock in the sky: a natural chronometer announcing the absolute time (GMT or UT in modern terms) for every point on a whole hemisphere of the globe at the middle of each eclipse (again, imagining that the eclipse events are more pronounced or "sharp" than they actually are). Then the whole problem of finding longitude on the Earth might have been solved two or three thousand years ago instead of in the late 17th century (on land, by eclipses of Jupiter's moon Io) or the late 18th century (by chronometer or by "lunars" at sea)......

What an interesting thought! 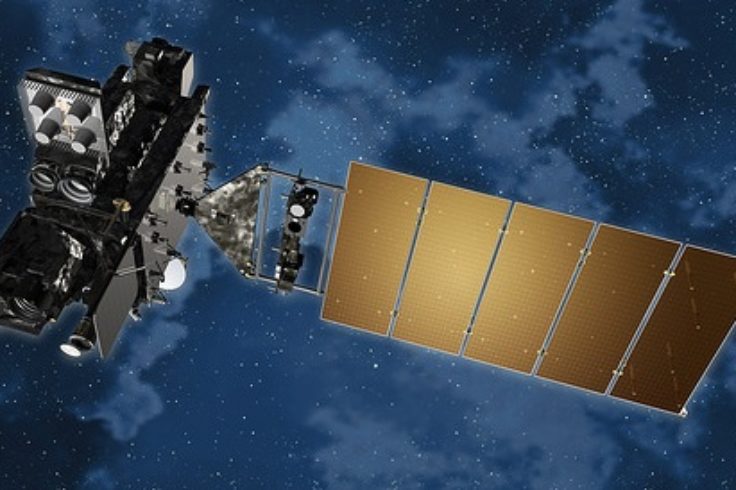