Today many Internet sites are reporting a "news" story that I first reported in a SkyandTelescope.com article on August 15th, and which is written up on page 26 of the December 2006 S&T (currently on newsstands). These stories are about the detection earlier this year by NASA's Swift satellite of two bizarre gamma-ray bursts (GRBs). Surprisingly, neither of these GRBs was associated with a supernova. As I'll explain below, these are important results, but the significance remains far from clear.

GRBs are extraordinary outbursts of gamma rays from deep space that generally last less than a second to several minutes. Since gamma rays are the most energetic form of light in the electromagnetic spectrum, astronomers have been well aware for quite some time that these cosmic cataclysms release staggering amounts of energy. Previously, GRBs fell into two broad categories: short and long. The dividing line between the two classes is about 2 to 3 seconds. Conventional wisdom says that most short GRBs come from merging neutron stars, while their longer counterparts are produced by the explosions of massive stars.

On May 5 and June 14, 2006, Swift picked up GRBs that lasted 4 and 100 seconds, respectively. This puts them in the category of "long GRBs." Both GRBs occurred in galaxies that are relatively close to Earth, "close" meaning within a couple billion light-years. In the past, when astronomers could localize a long burst’s host galaxy and see that it was within 1 or 2 billion light-years, they always saw an associated supernova. This firmly established a link between GRBs and the explosive deaths of massive stars. So far, so good. But in the May 5 and June 14 bursts, follow-up studies by large telescopes failed to see any hint of a supernova, even though the galaxies were close enough that large telescopes should have been able to see one.

Therein lies the conundrum. The media is instantly leaping to the most sensational interpretation, that these events represent a new type of stellar death. This interpretation may, in fact, turn out to be correct. But it's too early to say. Right now, astronomers don't really know what happened in these two bursts.

University of California, Santa Cruz astrophysicist Stan Woosley, who along with Andrew MacFadyen developed the leading collapsar model for long GRBs in the early 1990s, has predicted that sometimes the mechanism that blows up stars as supernovae fails to do its job, leading to a failed supernova. In this case, a dying massive star can produce a GRB but no supernova. But in other cases, the supernova might not produce the right kind of radioactive isotopes that cause it to light up. The supernova still happens, but it would be too dark to see at a distance of 1 or 2 billion light-years. Alternatively, one or both of these events might represent entirely new kinds of events, such as the explosion of a highly magnetized white dwarf, or the merger of a black hole and white dwarf.

Woosley points out that the GRB and supernovae, though often related, have different origins. The GRB comes from material in a disk accreting onto the black hole or neutron star that results from the gravitational collapse of the stellar core. The supernova comes from pressure exerted by a wind emanating from the disk. In other words, a dying star can produce a supernova but no GRB, or vice-versa.

GRBs have one thing in common with other cosmic phenomena: they are turning out to be much more diverse (and thus more interesting) when studied in large numbers and in greater detail. It will probably take years for astronomers to sort through all the evidence and figure out exactly what’s going on. 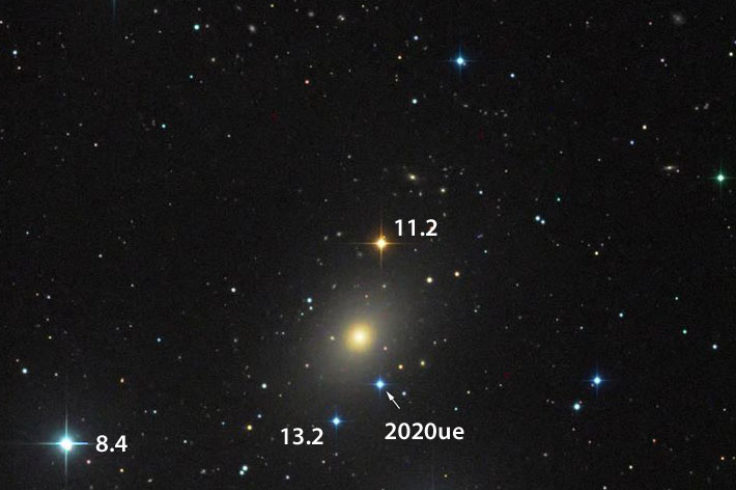 The Latest on Betelgeuse, Plus a Bright Supernova and New Comet Iwamoto 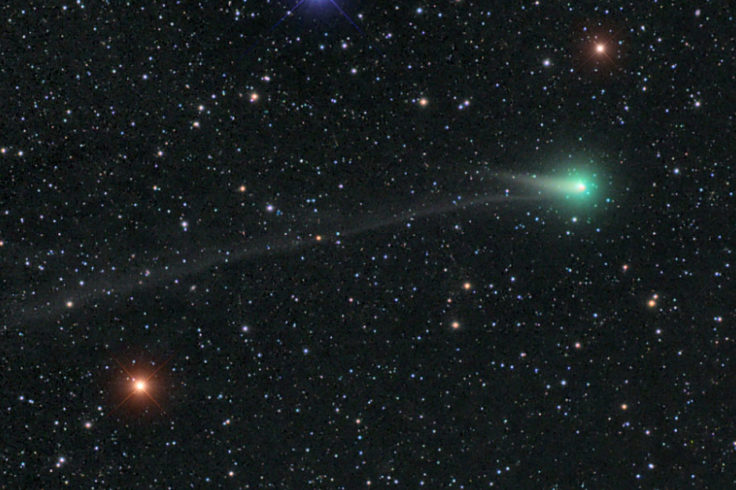