Most stargazers are familiar with the dust and gas tails that form when a comet comes close to the Sun. But less well known is a comet's trail, the river of dusty debris shed by the nucleus that travels ahead of and behind it along the orbit. This is the kind of material that creates meteor showers whenever Earth plows through it.

Periodic comet 2P/Encke, as imaged by author Mike Holloway with a 5-inch telescope and a CCD camera on February 22, 2007. At the time the comet's coma (center) shone at about magnitude 13. Arrows indicate the faint trail of material spread along Encke's orbit. Click on image for a larger, full-frame view.

On February 22, 2007, clear skies allowed me to head outside for an imaging session with only one target planned. Comet Encke, inbound on its 3.3-year orbit, was 282 million kilometers (175 million miles) from Earth. It was faint but within the limits of my equipment: an ST 10XMEI CCD attached to a Tele Vue 127is 5-inch f/5.2 refractor. I recorded a dozen 60-second exposures. Processing these images showed something unexpected. To either side of the comet was a faint straight line about where the tail would have been. My curiosity aroused, I examined each raw image for flaws or satellites that might have traveled through one or more of the images. Pixel blooming was considered but ruled out. Once again I combined the images only to find the same result.

At this point I knew that I would need some help. So I contacted a few people who'd assisted me before in explaining features in comet images I'd taken in the past. To my surprise, that same day a reply arrived that suggested my curious feature was the comet's trail. William T. Reach of Caltech's Infrared Processing and Analysis Center had logged many hours with Spitzer data. A colleague had pointed him to my image, and he kindly offered to make the dynamical calculations needed to determine the nature of the feature I'd imaged.

Computer simulations show how dust should have been distributed around the nucleus of Comet Encke when Mike Holloway recorded his images.

Two days later Reach had completed his simulations. "The structures were due almost exclusively to particles millimeter size and larger,” he reported to me, “and not the result of the dust tail created as a comet comes closer to the Sun." He noted that although I hadn't broken new scientific ground, he was particularly interested because of the small telescope I'd used. "This means that there is promise for doing more of this type of observation using small telescopes," Reach continued, because it's the kind of work that isn't done very often by professional astronomers using larger instruments. 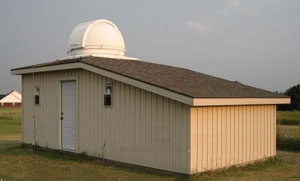 It's not obvious from the outside, but Holloway Comet Observatory took a direct lightning strike on August 4, 2006, destroying all the equipment inside. Mike Holloway has since bought new equipment — and installed a heavy-duty grounding system.

This was just exciting for me. I have in the past contributed amateur observations to NASA's Deep Impact mission, and I've posted hundreds of images just for fun. But this was a "first" for me — no doubt looking for trails will become another one of my obsessions when I image comets in the future. 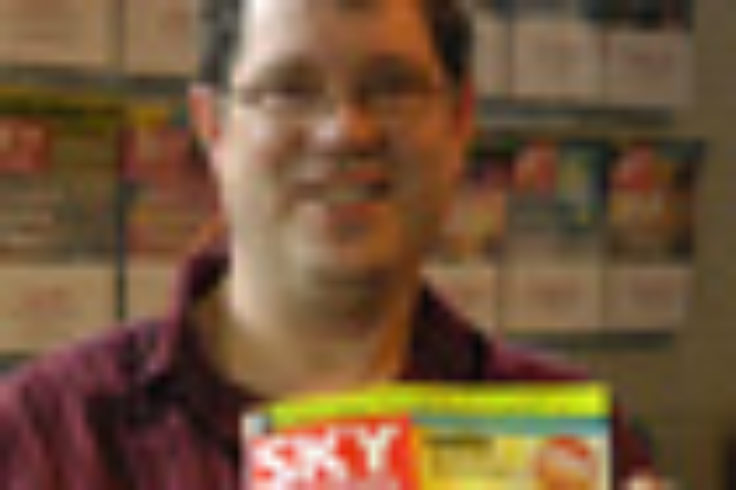 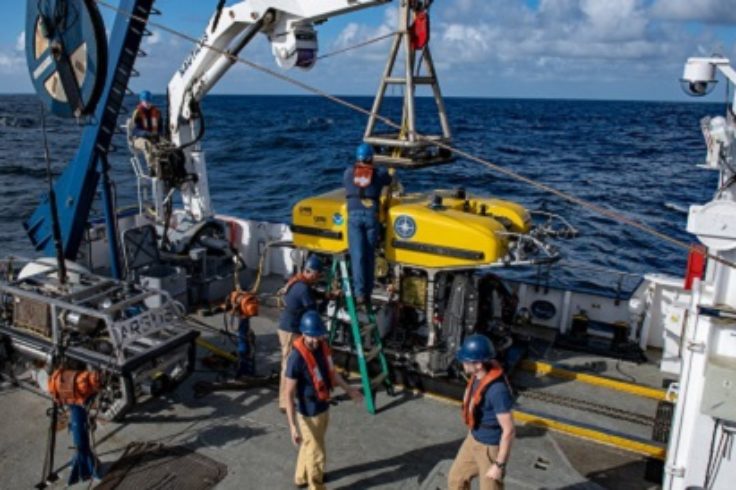 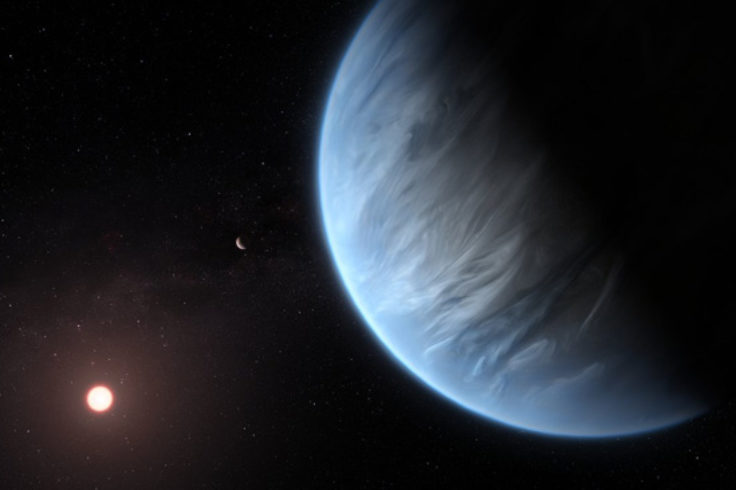