Did you see Comet Lulin? I had a fine chance back on February 27th, when the comet was sidled up beside Regulus, the brightest star in the constellation Leo. I was out early in the evening to try to catch the crescent Moon and Venus. Unfortunately, the clouds had other ideas. I went out again around midnight and found that the sky had cleared. Venus and the Moon were long gone, but Leo was high in the south. I grabbed my binoculars, pointed them just off Regulus, and saw Lulin immediately. It looked like a diffuse, somewhat elongated glow. Others have described a “flying saucer” shape, because the particular orientation of this comet meant that its dust and ion tails appeared on opposite sides of the central glow. 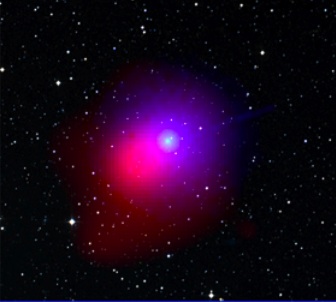 Meanwhile, up in orbit, the NASA spacecraft known as Swift has been doing some comet watching of its own. As you’ll hear in this week’s episode of The Universe in Mind podcast, Swift is designed to look for gamma ray bursts — powerful explosions in the distant universe that may signal the births of black holes. But the X-ray and ultraviolet telescopes on Swift were just fine for having a look at Lulin. And, as it turns out, there’s a lot to see.

This may be because the comet is making its first pass through the solar system, and a great deal of gas is sublimating directly off of its (relatively) pristine icy surface. (Comets that come by more regularly have a surface that’s more like a filthy black snowbank — and if you live in a Canadian city you know how long it can take those things to melt away). Some of the atoms of that gas collide with high-energy particles from the solar wind and produce a large, glowing zone of X-rays off the side of the comet that is facing the Sun. 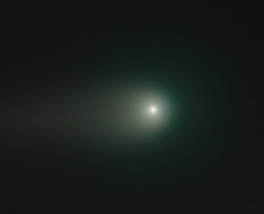 In the Swift image above, the X-ray emission is artificially coloured red while the blue is ultraviolet emission from broken up-water molecules streaming off the comet. This view is a switch from colour images of Lulin taken in visible light. In such photos (right) the comet looks greenish, primarily because of the molecules cyanogen (CN) and diatomic carbon (C2), which emit in the green part of the spectrum. They are the fragments of larger, carbon-bearing molecules that have been locked into the comet’s icy matrix since the beginning of the solar system.

It’s not too late to see Comet Lulin, though it’s long past its peak brightness. Astronomers using Swift, including Jenny Carter at the University of Leicester, don’t have that problem. She has yet to see Lulin with her own eyes, given the English weather, but neither Moon nor clouds can stop her from tracking Lulin’s changing appearance from Swift’s lofty perch in space. It’s a great way to comet watch — as long as you don’t mind pausing for the occasional gamma ray burst! 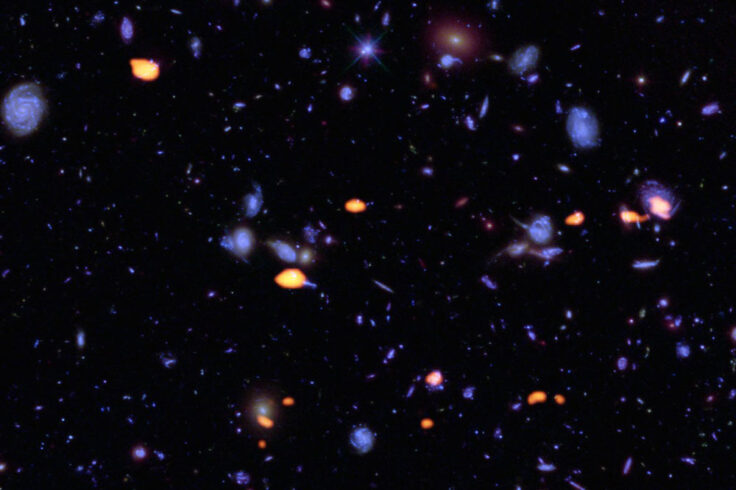 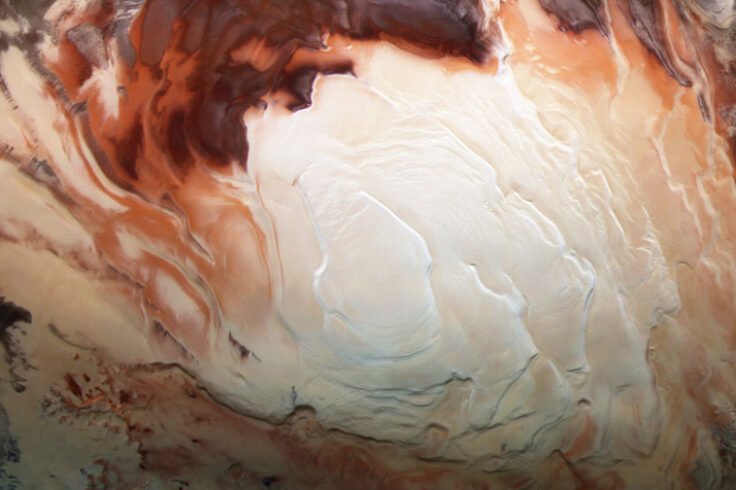