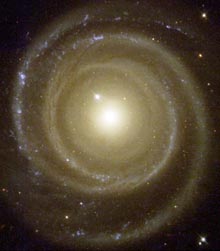 The beautifully formed spiral arms of NGC 4622 in Centaurus suggest that the galaxy is spinning counterclockwise. Not so, claim three astronomers. This Hubble Space Telescope image helped them deduce which side of the nearly face-on spiral is nearest to us — and their result implies that the outer arms are turning point-first.

Look at a picture of a spiral galaxy and you can see right away which way it's turning — or so you may think. The spiral arms look like they're trailing behind the rotation like sparks flying from a pinwheel.

Decades ago astronomers confirmed that spirals do indeed spin the way they look. In the case of tilted spirals where one side is clearly nearer to us than the other, measurements of stars' redshifts and blueshifts revealed without a doubt which side is coming and which is going. (Galaxies rotate much too slowly for the motion itself to show. The Milky Way, for instance, takes 250 million years to complete one turn.)

Now three astronomers think they have found the first exception to the rule. Ron Buta and Gene Byrd (University of Alabama) and Tarsh Freeman (Bevill State Community College) have announced that NGC 4622 in Centaurus contains two "leading" spiral arms that travel frontward like scoops, as well as a weak inner arm that is trailing normally.

They draw this conclusion from high-quality Hubble Space Telescope images indicating that the east (left and upper left) side of the galaxy is tilted slightly toward us. On this side, opaque dust lanes are silhouetted more distinctly against background star swarms than on the opposite side, where more stars lie in front and hide the dust lanes. In addition, maps of interstellar reddening made from Hubble images taken at different wavelengths show the same thing.

Buta had already made a radial-velocity map of the galaxy 10 years ago. It shows that the north (upper right) half is receding from us — and it divides the galaxy along the same axis (line of nodes) that the reddening map does. So the galaxy is apparently turning clockwise.

"Am I 100 percent convinced? I can't say we may not have overlooked something," says Buta, "but using this classical method, that's the only conclusion you can come to." He notes that leading arms are allowed but not favored in the standard theory of galaxy structure (in which spiral arms are "density waves" of stars and gas bunching together under their own gravity). "I'm not sure the theory is equipped to account for this galaxy." He suggests that a past merger of a small galaxy into the main one may have disrupted the arms' normal pattern.

Longtime galaxy-rotation expert Alar Toomre (MIT) remains skeptical. "I don't believe that we're dealing with major leading arms in that galaxy," he says. "I see the feathery structures, the small structures within the arms, that seem to show the outer arms going the right way. I would trust the small structures. So I think the case is not made."

Buta plans more observations. "We have some other ideas up our sleeve for how to determine which side is nearest." 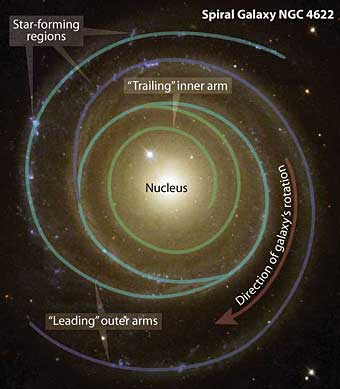 The arms of NGC 4622 as untangled by Ron Buta and colleagues. 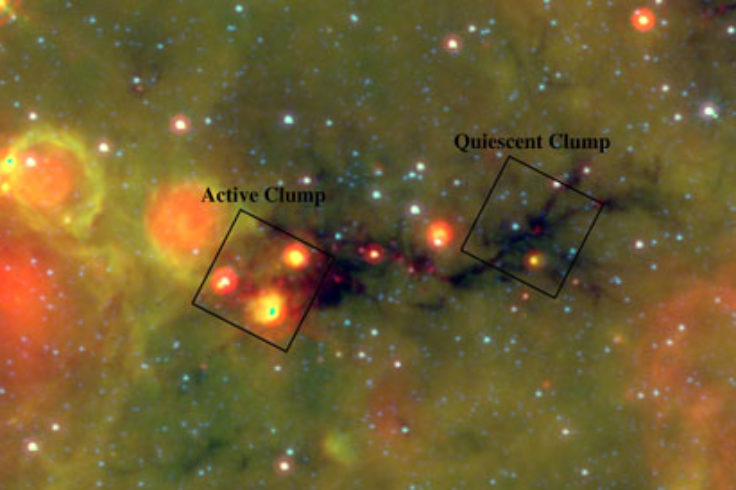