Editor in Chief Robert Naeye looks back on S&T's tour to the friendly islands of Hawaii to see the transit of Venus.

The Sun sets over the Pacific from Waikoloa Beach just minutes after the transit ended.

It’s been about two weeks since I returned from Hawaii, where I observed the June 5th transit of Venus with an S&T tour group. We enjoyed beautiful views of the transit, especially during the critical periods of ingress and egress. Everyone felt exhilaration after having observed one of nature’s rarest spectacles under clear Hawaiian skies and comfortable temperatures.

Our tour group consisted of about 120 people, many of whom were S&T subscribers or their spouses. We had folks from all over the U.S. and from Australia, Canada, Colombia, Hong Kong, Mexico, and the U.K. As usual on such trips, the participants had an eclectic range of interests and backgrounds, which made for a lot of interesting conversations. 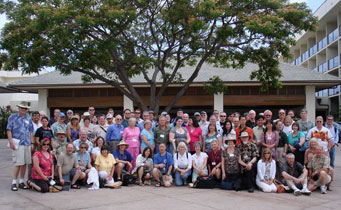 Members of the S&T transit of Venus tour group pose in front of the hotel at Waikoloa Beach on the Big Island of Hawaii.

On transit morning, vans transported some of the people in our group to the 13,796-foot summit of Mauna Kea, where they enjoyed tours of the Subaru Telescope before and during the transit. The rest of us set up our gear at the Onizuka visitor center, at an elevation of 9,300 feet. During the 6½-hour transit, various other people went to the summit for tours of Subaru. I had visited the summit in 1999 and 2007, so I decided to stay put at the visitor center so I could watch more of the transit and enjoy the warmer, less-windy conditions, and avoid the unpleasant effects of high altitude. 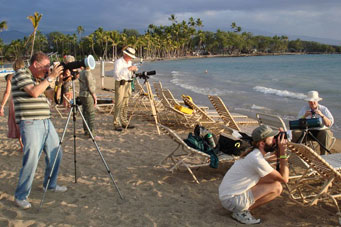 Members of the S&T tour group gather on the beach to watch the final stages of the June 5th transit of Venus.

A western ridge blocked the final hour of the transit from the visitor center, so most people in our group rode back to our beachfront hotel in Waikoloa and watched egress over the Pacific. The rest stayed behind and watched the finale from the summit. My only disappointment for the day was that the Sun set in a distant fog bank, ruining any chance of seeing a green flash.

“What a great experience it was!” says Eric Baumgartner of Redding, Connecticut, who operated a 130-mm Astro-Physics refractor with his wife Katherine. “And to be blessed with seeing two transits in our lifetimes! How truly fortunate for all of us.”

“My wife Elyse and I had an unforgettable and unrepeatable experience, saw some fantastic scenery, got to meet fellow astronomy enthusiasts, and made some new friends,” adds Larry Faltz of Larchmont, New York. 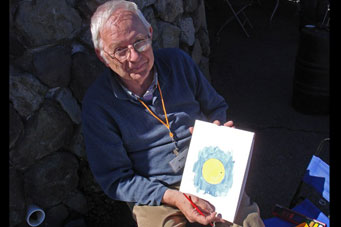 I found it interesting that observers using hydrogen-alpha filters (including me) saw first contact about a minute before observers using standard white-light filters did; we also saw fourth contact about a minute after the white-light observers saw it. Williams College solar astronomer Jay Pasachoff confirmed my hunch that these bonus 2 minutes were due to the fact that H-alpha scopes show the chromosphere, which is a layer above the photosphere. White-light filters show the photosphere.

I want to thank Neil Bauman and Theresa Mazich of Insight Cruises for an extremely well-organized trip, along with our guides: Charlie Datin, Aaron Melendrez, and Curt Duffy. Special thanks go out to Wayne Fukunaga and Star Gaze Hawaii for providing 18 additional scopes and continual and accurate weather updates. 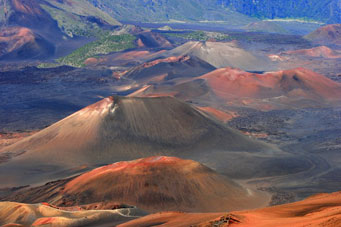 Colorful cinder cones dot the floor of the Haleakala crater on the island of Maui.

After traveling to the Big Island of Hawaii, I spent a couple of days on Maui, an island I had never visited before. Maui is more densely populated than the Big Island, but it certainly deserves its reputation for spectacular scenery and a great place to throw a party. I particularly enjoyed my trip to the summit of Haleakala, the 10,023-foot volcano that towers over the eastern part of the island. Several major professional telescopes are located near the summit. I want to thank members of the Haleakala Amateur Astronomers for tours of the Pan-STARRS and Faulkes telescopes. Sunset from Haleakala was incredible. 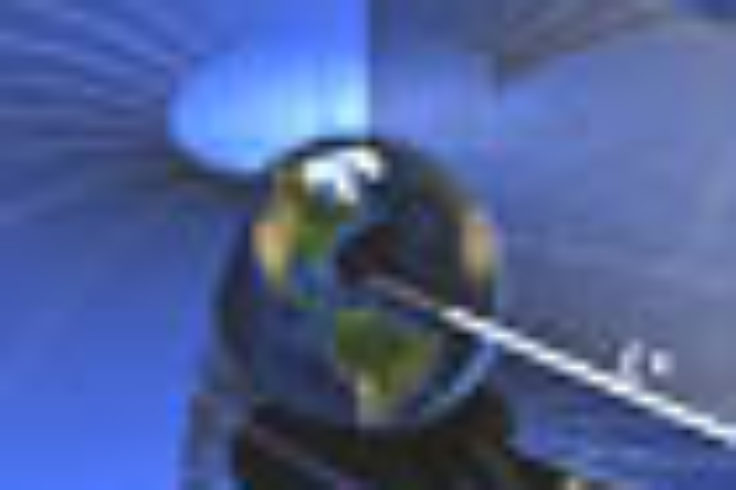