A Legacy of Space Exploration

Timeless images released as part of the European Planetary Science Congress reveal milestones in our quest to understand the solar system.

History doesn’t have to be boring. Case in point: the collection of rare historical spaceflight images University College London published online for the first time last week as part of the so-called Festival of Planets. Though none is likely to become as iconic as the picture of Buzz Aldrin on the Moon or earthrise as seen by the crew of Apollo 8, they mark milestones in our history of space exploration. 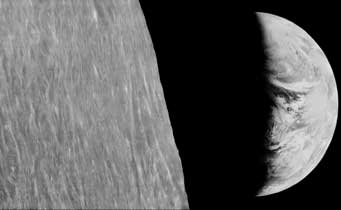 Launched in 1966 to map the Moon, Lunar Orbiter 1 also took the first image of Earth as seen from the Moon. This image has been reprocessed to clean up the original, which appears on the UCL website. For a zoom view, click here.

One series of images harkens back to a day before astronomers had lunar maps compiled by spacecraft in orbit around the Moon. One rare lunar map, originally published in 1910, was hand drawn by Walter Goodacre. Goodacre was president of the lunar section of the British Astronomical Association for forty years in the early 20th century, and his incredibly detailed map of the Moon is 5.8 feet across. It reveals discernible features down to a few miles wide.

The earliest spacecraft that visited the Moon were after the same thing as Goodacre: a detailed map. NASA particularly needed maps to determine suitable landing sites for the unmanned Surveyor and manned Apollo missions. One photoreconnaissance spacecraft, Lunar Orbiter 1, imaged 2 million square miles of the Moon’s surface between August 18 and 29, 1966. It also took the first image of Earth from the Moon on August 23rd, and the reprocessed image is among UCL’s collection. 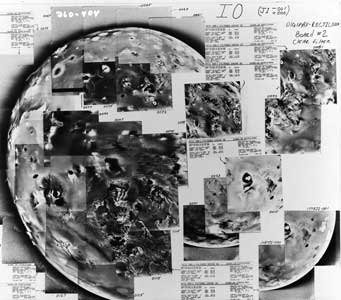 Unlike modern space probes, which use CCD detectors (similar to those available in digital cameras), the Voyager missions used vidicons, closely related to analog TV cameras. These images had to be stitched together by hand. Shown here are images by Voyager 1 of Jupiter's moon Io, partially assembled and with handwritten notes.

As for other planets’ moons, the images we typically see are composites built from multiple frames and instrument data. But they don’t come back from spacecraft neatly organized. In the days before computer software could compile the raw images, scientists did it by hand, printing out frames and piecing them together like a puzzle. The UCL’s collection includes shots of half-assembled mosaics of Jupiter’s moons Io and Ganymede built from Voyager data, giving a new appreciation to the work required to create those images.

The collection also includes images of other planets that highlight the less popularized side of the Space Race, the race to land probes on other planets. The United States focused on Mars, flying by the planet with the Mariner probes before landing in 1976 with the twin Viking landers. The Soviet Union, after several failed Mars landers, had success on Venus with the Venera landers. Among the UCL images are two original, detailed images of Mars from NASA’s Mariner 9 spacecraft and Viking 1 orbiter, and two images of the surface of Venus taken by the Venera 13 and Venera 14 landers.

Not only are these images incredible, it’s galleries like this one that remind us how far we’ve been and how much more there is to explore.

Like its predecessors, Venera 14 encountered a hostile, high-pressure environment on Venus's surface. Shown in this image from Venus's surface is part of the lander and an arm meant to measure how hard the ground was — that experiment actually failed because the penetrator hit the ejected lens cap of Venera 14's main camera.

Amy Shira Teitel is a spaceflight historian and freelance writer. She contributes regularly to Scientific American, Al Jazeera English, and Discovery News, among others, and maintains her own blog, Vintage Space. 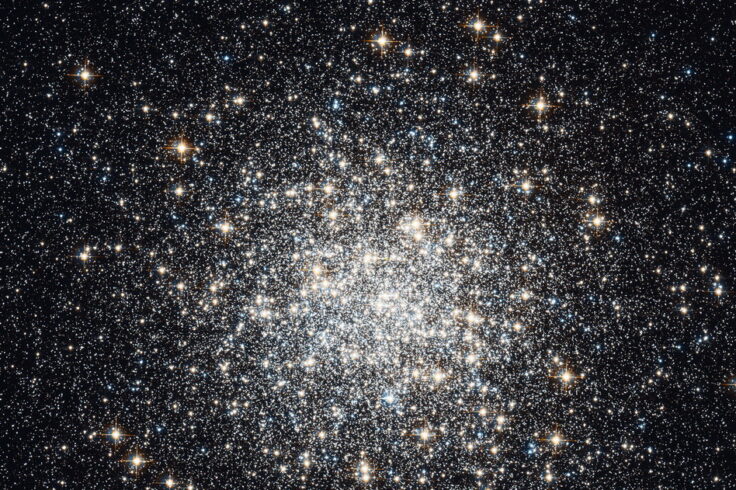