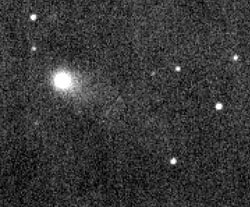 One day after its discovery, Comet Machholz displayed a short tail in this two-image composite by Peter Birtwhistle. He used the 12-inch telescope at his Great Shefford Observatory in southern England and a CCD camera. The field is about 8 arcminutes wide.

Veteran observer Donald E. Machholz of Colfax, California, has discovered a telescopic comet in the constellation Eridanus. IAU Circular 8394 announced the find on August 27th. When discovered earlier that day, the comet was drifting slowly southeastward toward Lepus.

From 38 observations over a four-day period, Brian G. Marsden (Minor Planet Center) has calculated a preliminary orbit for this new interloper, officially designated C/2004 Q2. The comet is headed toward the Sun, and over the next two months it will migrate as far south as declination –30°.

But then its motion across the sky will turn sharply northward, making the comet well positioned for Northern Hemisphere observers by year's end. Marsden's orbit suggests that the comet could brighten to naked-eye visibility in early January — just as it glides right by the Pleiades. Comet Machholz should reach perihelion on January 24th, when it will be 1.2 astronomical units (180 million kilometers) from the Sun but less than half that distance from Earth.

This is Machholz's 10th comet discovery. During the early-morning hours of Friday, August 27th, he spotted it by eye as an 11th-magnitude glow in his vintage 6-inch f/8 Criterion Dynascope reflector at 30x. Within five hours Gordon Garradd and Robert McNaught captured CCD images using telescopes on Siding Spring Mountain, Australia; these show the comet with a westward-pointing tail several arcminutes long.

"I began comet hunting on January 1, 1975, and for nearly 30 years now I've done some comet hunting each and every month," Machholz noted today on an online mailing list. "At the time I found this comet I had searched 7,046 hours — 1,457 since my previous find, in 1994, when I found three comets in four months (go figure!)."

Details of the comet's orbit and an ephemeris of its positions over the coming months are available from the Minor Planet Center. 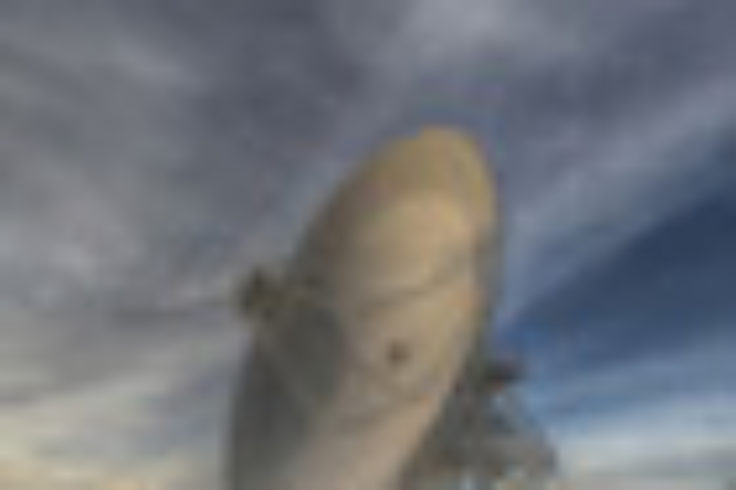