If you’re impressed by the speed of a kitchen blender, consider a millisecond pulsar. Not only do these strange micro-stars spin much faster than blenders — several hundred times per second — they squeeze more than a Sun’s worth of mass into a sphere about 20 kilometers wide, about the diameter of a large city. 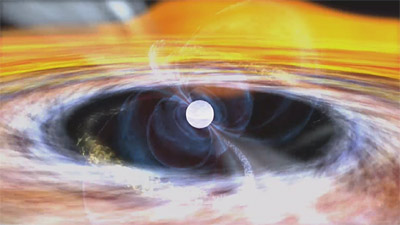 In this frame from a NASA animation, an old pulsar is being spun up by material spiraling onto its surface from a companion star (outside the frame). The process transfers angular momentum from the companion's orbit to the neutron star's spin. Not to scale.

Until recently, astronomers knew of 60 of these whirling dervishes floating loose in the Milky Way. But thanks to a fruitful collaboration between radio astronomers and the science team of NASA’s Fermi Gamma-ray Space Telescope, we suddenly know of 17 more millisecond pulsars. “This is a really big increase in the number of known millisecond pulsars in our galaxy. A lot of new science will come from these discoveries,” said Fermi team member Paul Ray (Naval Research Laboratory) during a Tuesday press conference at this week's American Astronomical Society meeting in Washington, DC.

Fermi’s primary instrument, the Large Area Telescope, picked up these sources during the orbiting observatory’s first-year sky survey. In total, Fermi recorded 1,451 discrete gamma-ray-emitting objects in the sky, a large increase in the number known. Using some of the world’s largest radio telescopes, in West Virginia, Puerto Rico, Australia, France, and Germany, radio astronomers have picked up pulsating signals from several dozen radio pulsars at these sites.

Pulsars are rapidly spinning neutron stars left behind when a massive star collapses in on itself and explodes as a supernova. Seventeen of the new objects spin so fast that their rotation periods can be measured in milliseconds (thousandths of a second). Normally even a newborn pulsar spins only several dozen times per second, and then slows down over time. Millisecond pulsars, in contrast, have been spun up by accreting mass from a close-orbiting binary companion, usually a relatively normal star. In fact, 15 of the 17 newfound millisecond pulsars have orbiting companions. The presence of a companion is betrayed by periodic speedups and slowdowns in the observed pulse rate, as the emitting object is pulled toward and away from us by the orbiting companion's gravity.

The collaboration between Fermi scientists and radio astronomers is likely to bag many more millisecond pulsars in the coming years. Instead of slowly scanning the sky blindly for new pulsars, radio astronomers can go right to the likely spots on the gamma-ray astronomers’ “treasure map,” says Ransom.

Finding more of them matters. Millisecond pulsars are the most precise and predictable "clocks" in nature, matching or exceeding the best artificial atomic clocks. If astronomers find enough of these objects with strong radio signals, they could use them as a "galactic GPS system." An array of radio telescopes capable of precisely monitoring the timing of dozens of these objects could reveal subtle distortions in the fabric of space-time caused by gravitational waves passing through our region of space. These waves, predicted by Einstein’s general theory of relativity, result from violent events involving massive dense objects, such as the merger of supermassive black holes. To date, scientists have only detected gravitational indirectly. “A lot of the new millisecond pulsars are very bright, and very good for this project,” says Ransom.

Ransom also pointed out that the very first planets outside the solar system were found orbiting a millisecond pulsar, in 1992. So far only one more pulsar planet has shown up despite extensive searches in the timing data. In the coming years, radio astronomers will make precise timing measurements of these 17 new millisecond pulsars to see if any of them harbor planetary systems.

See images and animations on the Fermi site.

See press releases from ASTRON in the Netherlands and from the National Radio Astronomy Observatory.

I propose not to hold back until you get enough money to order all you need! You can take the credit loans or small business loan and feel yourself free 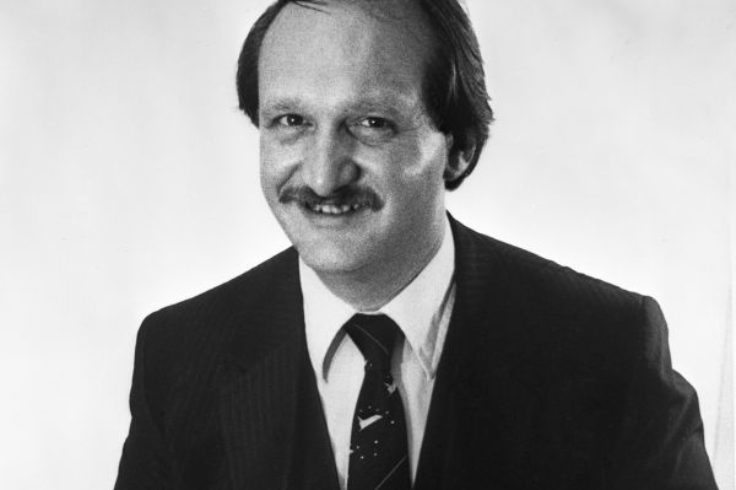 A "Briny Deep" Inside Enceladus?