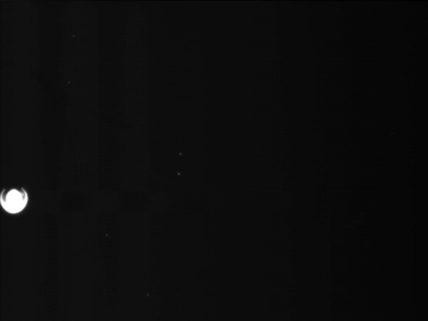 At first glance, this photo looks like yet another lame attempt at a UFO hoax. But in reality it's an important milestone in Western Europe's first attempt to land a science package on the surface of another planet. At 8:31 a.m. Greenwich Mean Time on December 19, the British-built Beagle 2 Mars lander successfully separated from the European Space Agency's Mars Express orbiter. Mars Express's Visual Monitoring Camera took this image of Beagle 2 (far left) about two minutes after separation. Beagle 2 is just 20 meters (66 feet) from the mother ship and pulling ahead at a relative speed of about 0.3 meter per second.

Beagle 2 carries no propulsion system so it will coast for the final 5-million-kilometer journey to Mars. It will parachute to the surface, touching down on a broad equatorial basin known as Isidis Planitia on December 25th. If the landing is successful, lead scientist Colin Pillinger (Open University, England) and his team can enjoy about the most wonderful Christmas present imaginable. Beagle 2's instruments aim to search for past or present life on Mars, take stereo color images of the surrounding terrain, and conduct several other scientific experiments. In-depth articles about Beagle 2 appear in the January and February 2004 issues of Sky & Telescope. 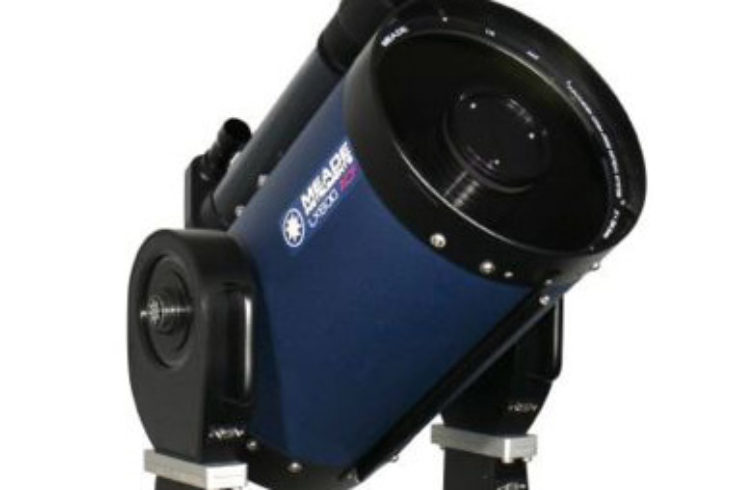 Hubble's Infrared Camera Back in Business