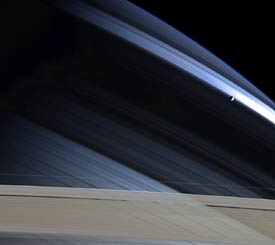 As Cassini recedes from Saturn after completing its first orbit, the spacecraft's narrow-angle camera is returning mesmerizing images of the planet, rings, and moons. This new image showcases curving shadows cast by the rings on Saturn's northern hemisphere. The small satellite Mimas (398 kilometers across) hovers at the upper right.

The broad A Ring dominates the lower part of the image, with the thin Encke Division splitting it into two sections. The extremely narrow F Ring appears as a light blue line above the A Ring. The Cassini Division, which separates the A Ring from the B Ring, appears at the very bottom of the image. Sunlight passing through this gap is responsible for the bright band on Saturn itself near Mimas. Narrow ringlets in the Cassini Division cast the ultrathin shadows in this band. The dense B Ring (which is not visible in this image) blocks so much sunlight that a wide, dark shadow crosses Saturn in the center of the image.

The portrait was assembled from images taken through red, green, and blue filters on November 7th. The spacecraft was 3.7 million km from Saturn, yielding a resolution of 22 km per pixel. "Except for that overexposed part of the blue streak on the right, it's as true color as we're capable of doing," says imaging team leader Carolyn C. Porco (Space Science Institute).

Cassini will fly by Saturn's still-enigmatic moon Titan on December 13th at a range of 2,300 km. On Christmas Day, Cassini is scheduled to release the European Space Agency's Huygens probe, which will descend through Titan's thick atmosphere on January 14, 2005. 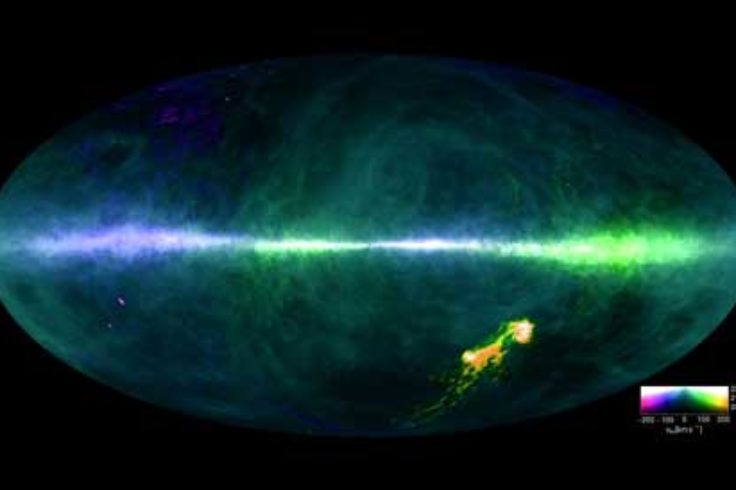 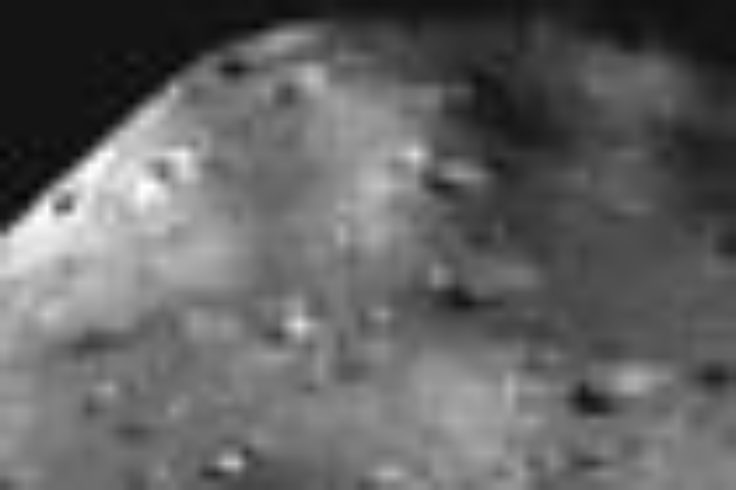