June 10, 2005 | Last March NASA discovered that its Deep Impact mission, which is on track to smash a projectile into Comet Tempel 1 on the night of July 3rd, has a flaw in the optics of its sharpest camera. The flaw worsens the camera's resolution by about a factor of four. NASA engineers expressed hope at the time that they could remove most of the flaw's effects by sophisticated image processing, and at a press conference yesterday, project managers said that this can indeed be done. The spacecraft's High Resolution Instrument should reveal features on the surface of the comet's nucleus as small as about 2 meters across, as originally planned. But the complex image-deconvolution process may slow the release of the pictures.

The source of the problem turns out to be an eerie echo of how a flaw was built into the Hubble Space Telescope's optics before its launch in 1990. When the Deep Impact camera was being manufactured (at Ball Aerospace & Technologies in Boulder, Colorado), a mirror in an optical testing device reportedly took on a slightly wrong shape due to a temperature change, and this resulted in the camera being manufactured to the wrong standard. (Details here.) And as with Hubble, no cross-checking by a different method that would have revealed the problem was apparently done.

Meanwhile Comet Tempel 1 is glowing at 10th magnitude in the evening sky, near Jupiter and Spica, as the big event approaches. Read all about the Deep Impact mission in the cover story of the June Sky & Telescope. That issue also tells where to find the comet with a medium-size telescope, as does our article online.

June 10, 2005 | Another e-mail chain letter touting bogus astronomy is spreading across the internet. The letter, sometimes titled "Mars Spectacular," claims that on August 27th Mars will dazzle the world, appearing brighter than ever in history. The problem is that "August 27th" is actually August 27, 2003. Mars did have an unusually close pass by Earth that month — but since then, the chain letter has morphed in some versions to the point that Mars is supposed to look like the full Moon.

Mars will indeed have a fine apparition in 2005, but it will pass closest in October and November, and it will reach a maximum apparent diameter of 20 arcseconds compared to 25 arcseconds in 2003. And of course it will look like a bright star, not the full Moon.

A few years ago dozens of radio stations called Sky & Telescope about a chain letter claiming that the Moon was about to swing so close to Earth that it would turn night into day. I came up with a standard patter: "This chain letter is a good thing, not a bad thing. It's like an immunization. If you make a fool of yourself sending it to all your friends and family, you'll be less likely to send them the next chain letter, which may not be so benign." 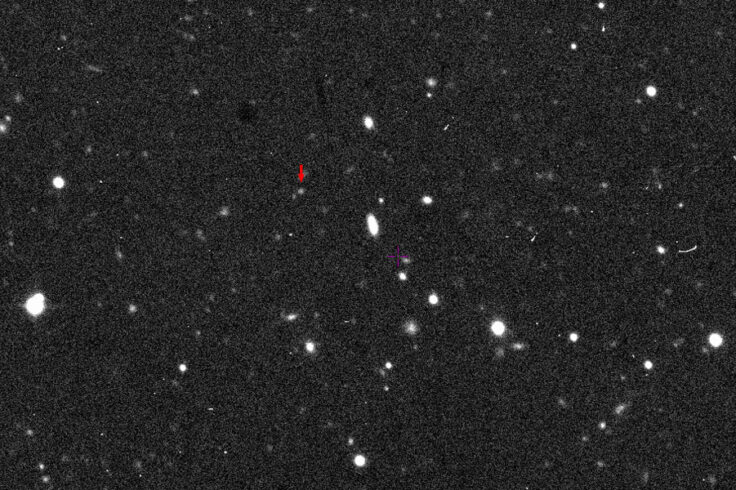 The Kavli Foundation Q&A: How Did Nature's Heaviest Elements Form?

Is There a Difference Between Starving and Feasting Black Holes?